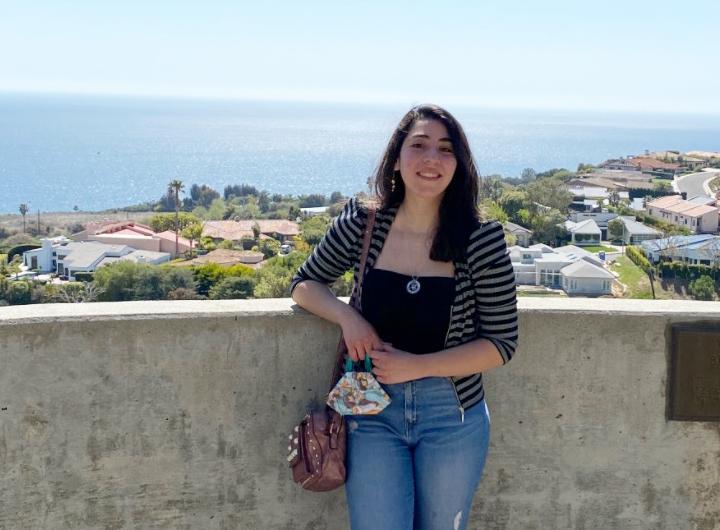 Despite LA County’s continued restrictions on university housing, 75 students moved to campus over the spring recess, said Director of Housing Operations Robin Gore, bringing the total number of students residing on campus to 380.

This influx of students comes despite the qualifications for the hardship housing application remaining unchanged. Although administration sent out the hardship housing form numerous times during COVID-19, Gore said the recent surge may be connected to Vice President for Student Affairs Connie Horton’s March 12 email encouraging students to apply if their current situation negatively impacted their well-being, even if the University had previously rejected their application.

“Dr. Horton’s email said that we understand the effects of COVID are cumulative and that while students may not have considered their situations a hardship earlier in the year of COVID, things can change,” Gore said.

HRL placed students who moved in over the spring recess in George Page Complex II, Gore said, and were thus not impacted by the recent rehousing of on-campus students due to COVID-19 outbreaks in Drescher and Lovernich.

First-year Fransheska Companioni-Daroch moved into George Page during the Spring Recess from her hometown of Las Vegas, Nev. — it was her first time seeing the Malibu campus in person.

“It was surreal,” she said. “It didn’t feel real. After seeing so many photos and videos online, it was like ‘Wow, this is a real place.’”

Companioni-Daroch applied to live on campus after two of her professors started offering in-person options for their classes. Companioni-Daroch said she loves living on-campus because of the welcoming students and professors she has encountered since moving and the increased independence afforded by living alone.

“Being at home, I would be stuck inside all day,” she said. “But here I can go down to the beach or I can go to main campus and that’s new scenery. Being stuck at home for the last year has been very hard on my mental health.”

Meanwhile, first-year Jackie Lopez had a different experience moving to campus March 6, about a month before the large influx of students who arrived over the spring recess. Lopez said the adjustment was somewhat difficult due to the timing of her move-in.

“I came in a time when not a lot of people were moving into George Page or were already settled in at George Page,” Lopez said. “It was a little lonely, a little hard to navigate everything that first month.”

The arrival of more students during the spring recess move-in — including some Lopez had formed friendships with virtually over the past year — significantly improved Lopez’s experience, she said.

Lopez applied after hearing that more students were, as well as following more email communication from the University, she said.

“Earlier, I didn’t feel like I had as much of a reason, as other people, because I thought it was like very extreme cases could only apply,” Lopez said. “But then I saw more people doing it and even [started] getting emails like, ‘Hey, fill out your hardship application from Pepperdine’ and so I thought, ‘I guess, I should do that [and] give it a try.’”

While living on campus, Lopez said one of her chief concerns is catching COVID-19, which she has been more nervous about since the recent outbreaks in Lovernich and Drescher.

COVID-19 is also a major concern for senior Alexa Ray, who said the University’s enforcement of social distancing guidelines is insufficient. For example, Ray said she is aware of many students who gather in their living spaces with guests even though it is specifically disallowed.

Ray moved to campus in August because her only alternative was homelessness, she said. Ray thinks Horton’s March 12 email to students disregards COVID-19 concerns and encourages students to apply even if they don’t actually have a hardship.

“I’m really upset with Connie Horton,” Ray said. “She basically told people to use mental health excuses to get on campus. Moving on campus is not the answer. Emergency housing is for people who are homeless, like me, or their parents are abusive or something like that. It’s not because you’re burnt out of online schools and you want to go socialize.”

In an April 27 email to the Graphic, Horton wrote that this was not her intent.

“I certainly did not want students to be dishonest or ‘make up’ mental health struggles,” Horton wrote. “I was recognizing that the stress of the pandemic, and various students’ living situations could be cumulative. This pandemic has lasted well over one year now. Anxiety, depression, and overwhelming stress can build over time.”

The March 12 email was an invite for students to let Student Affairs know about current hardships, Horton wrote. She noted that situations can change, such as a parent losing a job or unhealthy family dynamics becoming more taxing on a student’s mental health over time.

Ray said she thinks the motivation behind admin’s recent encouragement for students to apply for hardship housing is financially motivated rather than coming from a place of care.

“Pepperdine admin wants money and they want to look good,” Ray said. “I feel like Pepperdine is really rushing and jumping at any opportunity they can to make themselves look like the hero, but, rather than thinking about the long run, they’re only thinking about the short run.”