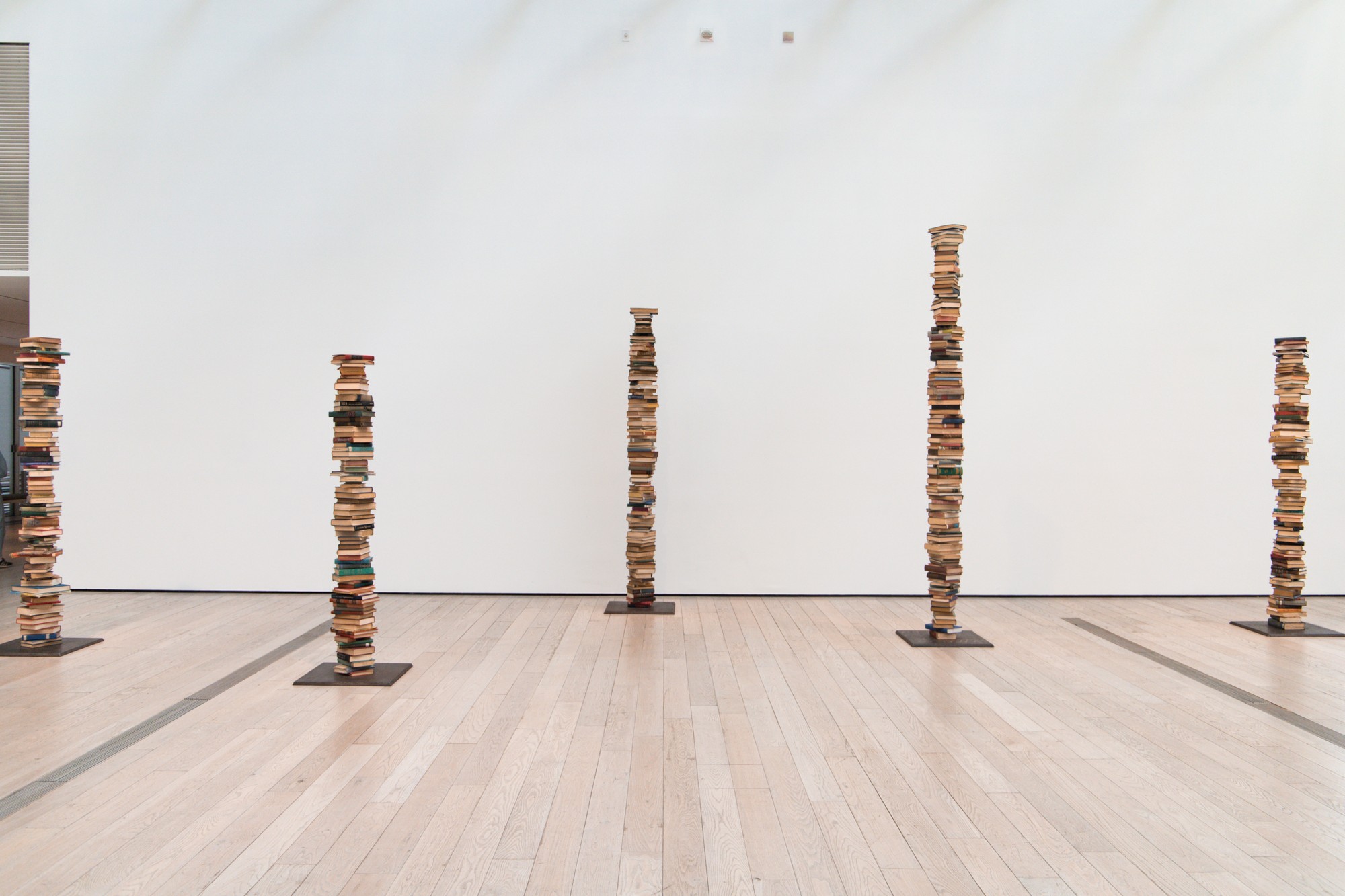 Photo by Milan Loiacono of a portion of “The 1/4 Mile,” by Robert Rauschenberg (1981-98). Many people confuse contemporary art like this piece with modern art, which phased out in the 1970s.

You are faced with an image, a painting, a sculpture perhaps. Maybe you are in a gallery or museum or have a Twitter, Facebook or Instagram feed so refined that the images flitter across your screen. Regardless of the medium, you cock your head to the right, to the left and perhaps utter the words, “Well, I could have done that.” And with that simple utterance, you think you have this whole modern art thing figured out. You dub yourself an artist and take to your easel to make some haphazard scribbles before framing your creation.

Cue your pressing of the metaphorical “that was easy” button.

Modern art gets a bad rap. In its stereotypical form, it can be viewed as impenetrable and pretentious or, if at a loss for other adjectives, a simple Google search of “modern art is” will fill it in for you: trash, garbage, bad, a sham, a money laundering scheme and other pejorative descriptions ad infinitum that suggest modern art is not real art. These statements, however, fail to take into account the historical context of what appears to be a simple blob on a canvas. It also fails to take into account the element that transforms a work like Marcel Duchamp’s “Fountain” into something far more profound and meaningful: its context.

When discussing modern art, it is important to lay bare its historical context. Art historians date modern art as early as the 1860s and place its end in the 1970s. 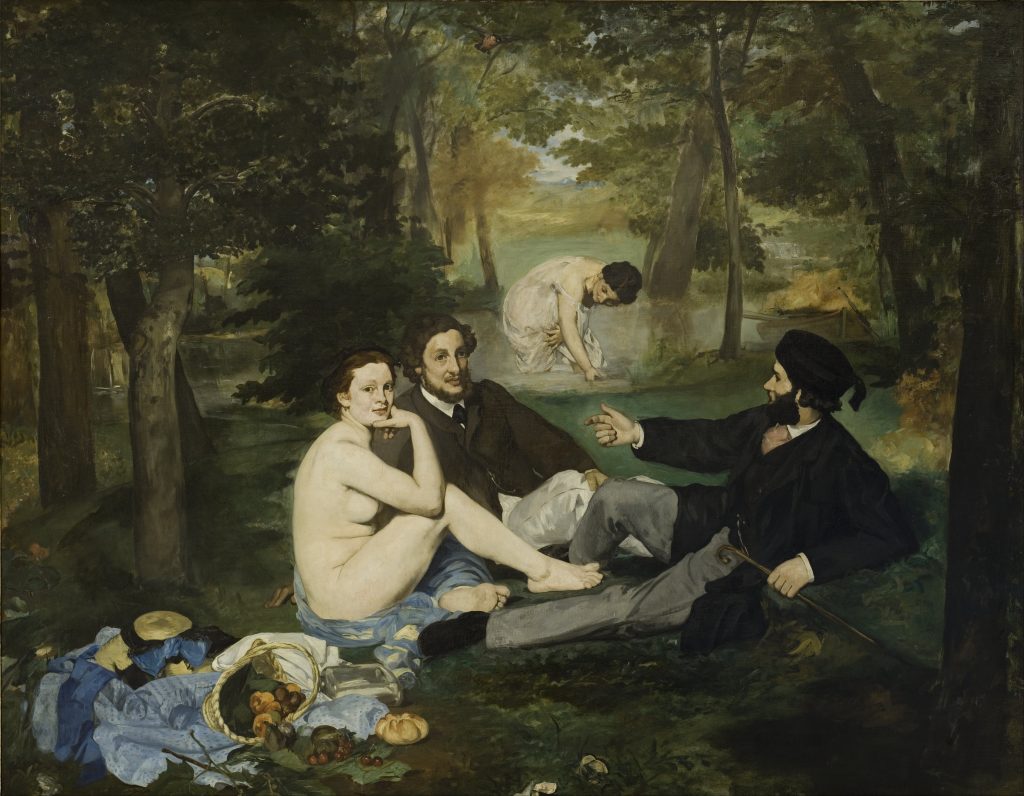 Some cite its origins as beginning with Edouard Manet’s “Le déjeuner sur l’herbe” (“The Luncheon on the Grass”). The Salon of 1863 rejected this painting that sparked outrage; a nude woman looks directly at the viewer, sitting with two male college students while a woman in the distance crouches in a stream. They reject the food beside them ­— the bread, the fruit. The bold application of paint and slightly distorted perspective of the crouching woman in the background introduces modernist elements that draw attention to the artificiality of painting. Art and the act of painting were not merely focused on recreating reality but on partially eschewing the tools of realism, showing the constraints of the artistic medium and its inability to perfectly capture all the nuances of the natural world.

The modern art movement contains myriad submovements — the seemingly anti-art Dada movement from which Duchamp’s “Fountain” comes, abstract expressionism and surrealism and many others. Modern art also has a global reach despite its traditional focus on the Western art historical canon. 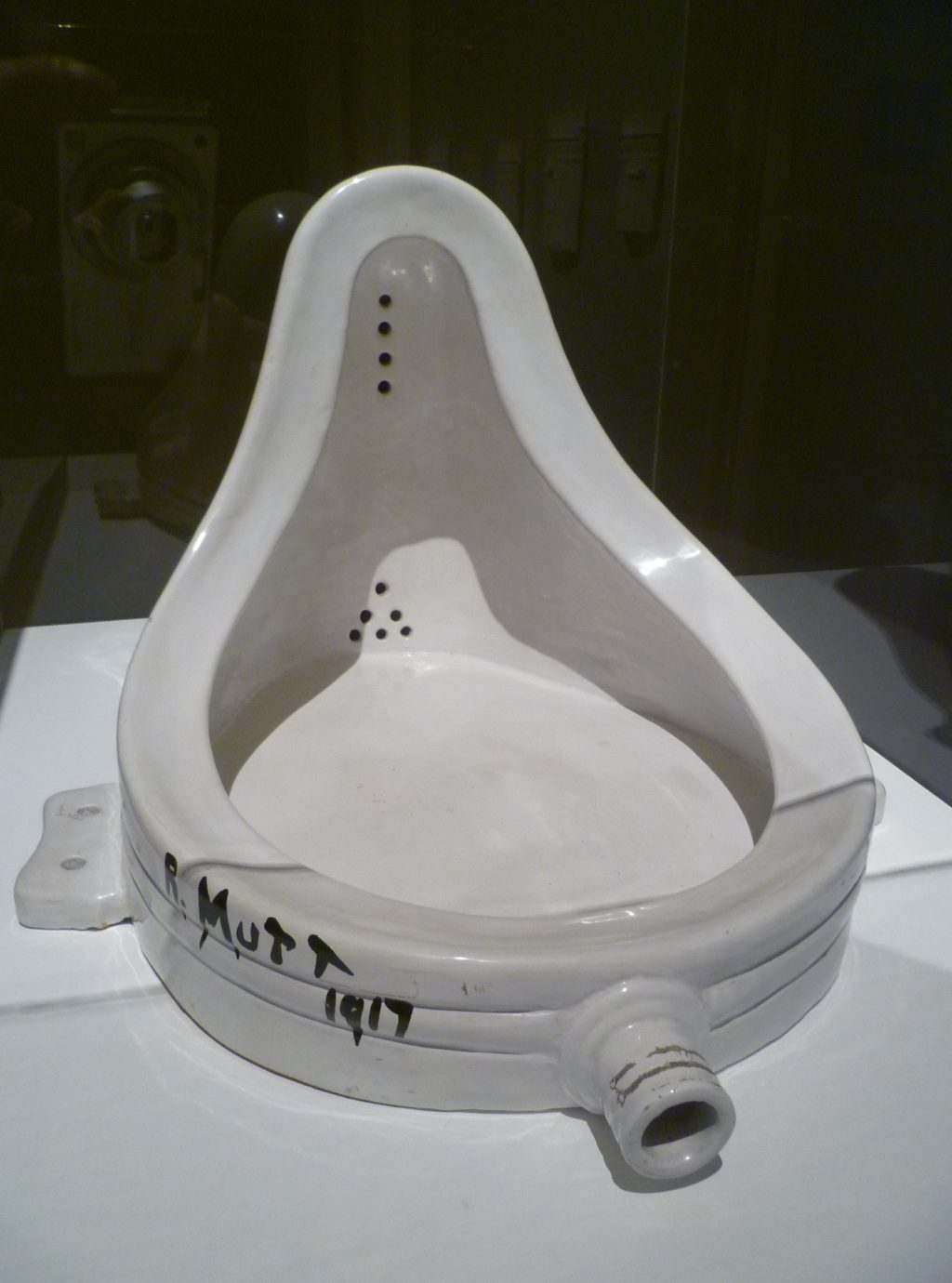 It is also essential to note that modern art should not be conflated with contemporary art — art that is produced from the 1980s to the present. So, the infamous Jeff Koons’ inflatable balloon dog sculpture you’ve seen and selfied with at The Broad or the strange performance art piece you possibly came across at Venice beach — file those under contemporary.

Beyond the arbitrariness of dates that can separate one artistic style or movement from another, there is another aspect that must be considered when looking at art, which must factor into our snide comments of, “Well, I could have done that.” When one looks at a work of art, regardless of whether it is an ancient sherd of Greek pottery or a color-blocked canvas of Mark Rothko, the sense of beauty or repulsion or fascination derives not merely from what is depicted in the artwork, but from the work’s context — the historical and social milieu that gave rise to the piece.

Indeed, when you look at the formal qualities of a work of art — the line, shape, color — you are only seeing half of the story. The meaning behind the work, which must be explored beyond the confines of a museum label, has the capacity to transform a seemingly mundane piece into something fascinating and a beautiful work into one that, when the context is fully realized, can be horrifying.

In her Netflix special “Nanette,” comedian Hannah Gadsby discusses the “modern” artist Picasso’s affair with the 17-year-old Marie-Thérèse Walter. Biographical details like this make it complicated and tricky to divorce the artist from the artwork. Perhaps, their work no longer seems as alluring as it once was. Conversely, the abstracted and swirling shapes of Wassily Kandinsky may seem devoid of meaning upon first glance but when one considers his treatise “On the Spiritual In Art,” the geometric forms can take on a spiritual dimension.

It might seem silly that 100 plus years after the birth of modern art, people are still questioning what it is and patting themselves on the back for the feeling of pride and perhaps frustration they get when they see a piece of modern art and think they could have easily done it themselves. But, as a familiar quote that you may have seen emblazoned on mugs and keychains goes, “Modern Art = I could do that + Yeah, but you didn’t.” Art is more than technical skill, and modern art and art itself is diverse, with the visual component telling a larger story about the world and the people that inhabit it. That is what makes art fascinating and art, art.