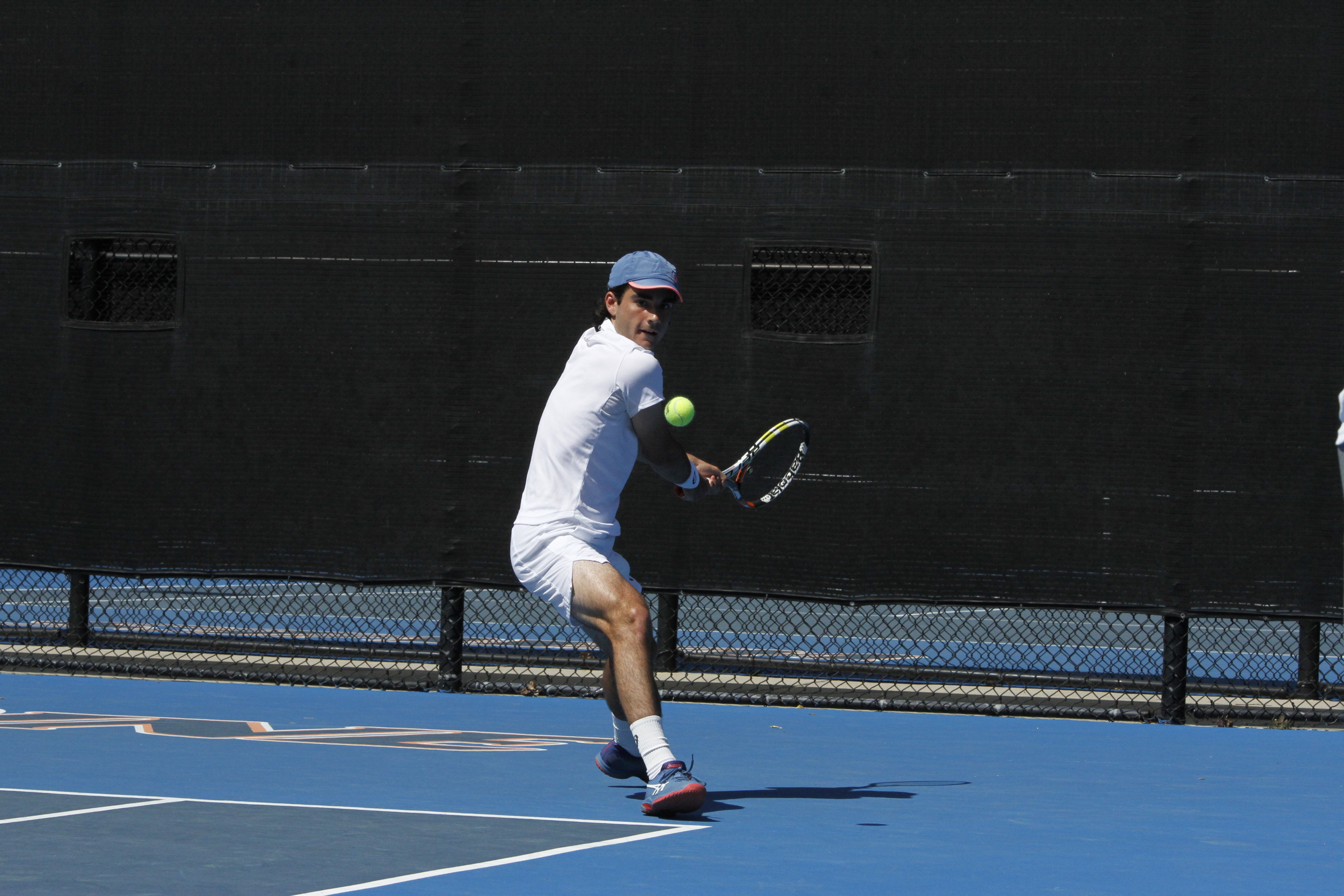 The Waves’ fifth win in the last six duals brings them to 8-8 on the season and 2-1 in the West Coast Conference.

Pepperdine started off the dual by battling hard to win the doubles point. Freshmen Corrado Summaria and Enrique Luque Rico dominated their match, winning three sets in a row to take a 4-1 lead and finishing with a 6-2 win.

Redshirt senior Matias Sborowitz and junior Pawel Jankowiak lost the first three sets of their doubles match but battled back to a 4-5 deficit before junior Adrian Oetzbach and freshman Tim Zeitvogel secured the doubles point. Oetzbach and Zeitvogel won five games in a row to come back from a 1-4 deficit and win the match 6-4.

“So at the beginning we played solid but there was something missing,” Zeitvogel said. “Then we competed hard and our energy between the courts [was] pretty good, and that helped me … to keep my level growing and increasing.”

Pepperdine’s hopes of a sweep over the Gaels were dashed by Saint Mary’s senior Daniel Krutik, as he beat Jakowiak 6-1, 6-4 on court five.

The remaining three matches went into third sets. Summaria and Zeitvogel lost their first sets, 2-6 and 1-6 respectively, but won their second sets 6-1 and 6-0. Sophomore Felipe Galvao won his first set and lost his second, 6-3, 5-7. Zeitvogel finished off the dual by winning a close third set, 6-4. Summaria and Galvao’s matches went unfinished.

Zeitvogel said he agreed with Schaechterle that he did not play his best.

“A good team has to win or some matches where they didn’t compete in their ‘A’ level,” Zeitvogel said. “We managed this win today. And now it’s time to step up to to see if we can improve the next week and then fight again on Friday.”

The Waves are now on a three game win streak and one conference win away from tying their WCC win total from last year.

“We beat three teams in a row that we lost to last year,” Schaechterle said. “That brings confidence with it, but I still feel like we’ve yet to play our best match of the year. We’re trying to do that by the time we get to conference.”

Pepperdine returns to Ralphs-Straus Tennis Center on April 13 to take on Brigham Young in another WCC matchup.