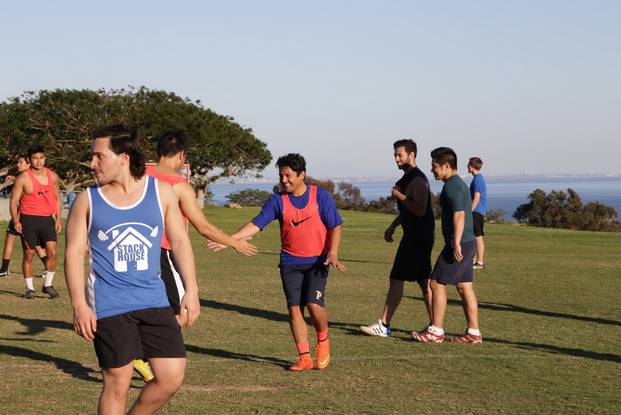 Amazing. Blessed. Grateful. These aren’t poster words for a Pepperdine promo script — they are the words Cesar Uribe used to describe his Pepperdine experience. “Cees,” as some call him, is very much like a drunk college student at Jack in the Box: he’s always there.

During the day, he’s in the IT office or around campus working as a senior technology analyst. In the afternoons, he frequents Alumni Park to play pickup soccer games with students. By night (or whenever games happen to be), he can be spotted cheering from the bleachers at Pepperdine sporting events.

For 14 years, Uribe has worked at Pepperdine, starting in the IT department as a field support worker and working his way up to the position he’s in now as a senior technology analyst. He oversees technology in all the classrooms on campus, and he also assists with equipment checkouts. Additionally, he strung rackets for the men’s tennis team and was adopted as a volunteer assistant coach from 2005 to 2007.

Within his extensive time spent in Malibu, Uribe said that witnessing the men’s tennis team win the 2006 national championship was his favorite moment.

“That was just amazing: beating Georgia in the final, because we were the underdogs the whole time,” he said.

As special as it was for Uribe to be part of the tennis team’s first and only national title, students say Uribe himself is a special gem on Pepperdine’s campus. Alumna and current Pepperdine web developer Kim Robison (‘10) has known Uribe for about nine years. “I met him when I was a freshman here at Pepperdine University, and I consider him a good friend and a mentor of life,” she said.

They first met when Robison was in an advanced tennis class, and Uribe crashed the class to help out. That class sparked their nine-year friendship.

Robison said what she especially appreciates about Uribe is how “if you just walk around campus with him for 50 feet you’ll see him say hi to at least three people. He’s very friendly and is very concerned about students, too.”

Uribe described students as being an integral part of who he is. Another one of his passions is soccer. He combined the two and organizes daily pickup soccer matches. You can catch him at 5 p.m. every day hustling in soccer games with students on Alumni with the backdrop of the deep blue Pacific Ocean.

Freshman Maxime de Planta, sophomore Robert Adamo and junior Kai Imazu all regularly participate in the pickup games. Each of them expressed their goodwill toward Uribe and had stories to tell about their first times running into Uribe on campus.

Imazu has known Uribe for three years. “The first time I met him I was walking on Lower Dorm Road [freshman year], and I saw them playing pickup. I met him, and I just thought he was a nice guy. He let me play,” Imazu said.

De Planta highlighted Uribe’s affectionate nature. “He’s very friendly; he’ll just come up to you. He’s outgoing, he tries to get to know everyone,” he said.

Imazu said Uribe is just like one of them — a kid — noting that, at 44 years old, Uribe somehow contains enough energy to run around with students on the field, and even sometimes figures out how to gain the upper hand.

“When we play, he conserves his energy until the last 10 minutes, then he starts trying. He’s a real competitor. Whenever we play, he’ll stack his team,” Imazu said, laughing.

From Mexico to Malibu.

Uribe was born in Mexico City on Sept. 11, 1970. He grew up in the coastal city of Mazatlan, in the state of Sinaloa. A land touched by the sun many days of the year, the beaches in the “Pearl of the Pacific” saw Uribe grow for the first 18 years of his life. It was then that he moved to Puerto Vallarta and later to Guadalajara, where he met his first wife.

Guadalajara would only be one of his many stops, however. After living in the capital of Jalisco, he moved to Cancun for six years and then to Orlando for a year. After moving back to Guadalajara for a short stint, Uribe moved to Puerto Vallarta, where he met his current wife, Camilla Wilkinson.

Uribe said he had always been involved in the entertainment business, with his job description consistently along the lines of “making sure that everyone is having an amazing time.”As for role models, Uribe mentioned the influence of both his father and his grandfather as essential.

He also described his greatest passions in life as his family and helping people reach their goals. “It’s very pleasing to me,” he said.

Uribe’s daughter turns 18 in July and is going to stay with him and his wife for a semester as she decides where to attend college. “I love this place and I want my daughter to come here [to Pepperdine],” Uribe said.

He said one of the main reasons he still works at Pepperdine is the potential of his daughter enrolling as an undergrad. He said he has received various positions at companies offering more lucrative salaries. But Uribe has hundreds of other reasons to stay in Malibu as well.

“I just love it. There are so many things, I can go on forever. I just think it’s amazing,” Uribe said, talking about the vibe of the campus, the mission of the school and the sincere kindness of the people that he interacts with daily. 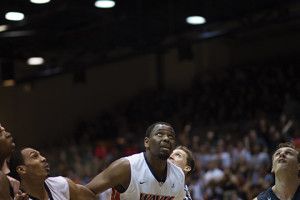 Photo by Matt Benton It was fun while it lasted, right? In a season where a great deal was accomplished throughout...
Copyright 2013 Jupiter Premium Magazine Theme
Back to top