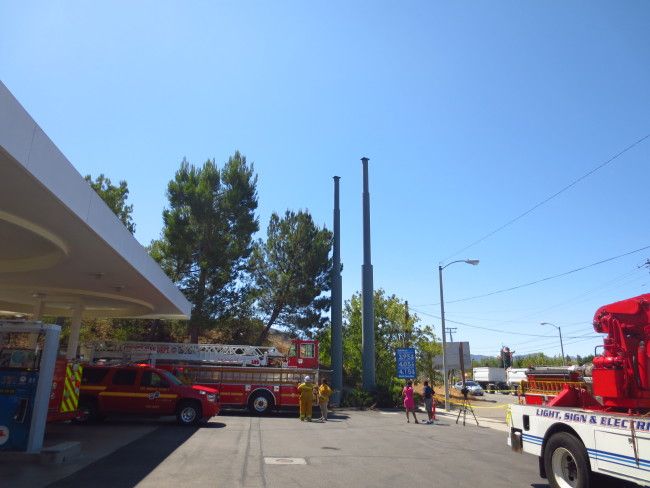 A man sustained “pretty severe injuries” after trying to disassemble an approximately 1,000-pound freeway gas station sign at the Mobil gas station near Las Virgenes Road in Calabasas around 10:49 a.m., according to Captain Malcolm Hicks from the LA County Fire Department.

The massive sign was already on the ground and was standing upright before it tipped over and fell down onto two workers. One of them managed to get away uninjured while the other was trapped underneath the sign.

After attempting to remove the sign through the use of manpower, authorities were forced to utilize airbags and hydraulic jacks to free the victim, whose current condition at the UCLA Medical Center — where he is being treated by a trauma surgeon — is unknown.

“I heard something loud and immediately called 911,” Agaverdian said. He also added work was being done to the sign since Monday.

Pedestrian hit on PCH in Malibu 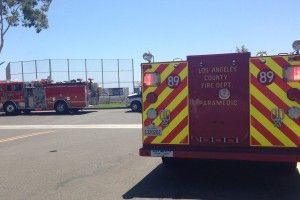 Pedestrian hit on PCH in Malibu