Broadway came to the ‘Bu at the Down With Love concert.

“We wanted sound a ground floor for a network of artists, a network of people” said Producer and Pepperdine alumnus Tyler Burk. “We wanted it to be worthwhile and truly high caliber.”

Performers rehearsed as they anticipated Malibu locals to fill the seats. A star-studded cast filled the Malibu Playhouse with the melodies of famous love songs.

“I grew up in malibu, and theatre has always been very near and dear to my heart,” Dunne said. “It’s something I grew up doing, and I love this theatre and the people that are involved with it.”

Dunne said she just returned from New York, so it was great to bring what she loves into the place she grew up.

Actress and songwriter Cozi Dusseldor said the show would fit well with Malibu’s artistic, yet laid back community.

Dusseldor said broadway has had a certain stereotype to it, but now broadway is new and accessible in a way it never has been before.

Musical director Jennifer Forster told the audience that bringing art back to Malibu is very important to her. 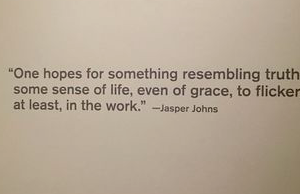