Malibu City Council voted 3-2, to ban the delivery of medical marijuana in Malibu at the city council meeting Jan. 22.

The contentious vote approves Chapter 17.75 Cannabis Regulations, which outlines the ways individuals cultivate cannabis for personal use within the city and the ban of commercial cannabis activity in Malibu, including delivery.

Although City Council voted to ban medical marijuana delivery, City Council is expecting to revisit this topic in the near future.

Councilmember Jefferson “Zuma Jay” Wagner said he was in favor of moving forward and is aware of the speakers’ concerns that spoke at the meeting and their difficulties. Councilmember Laura Rosenthal interjected, asking Wagner if he wants to find a solution for the delivery service.

Wagner answered during the meeting, “Not now. I see the need and the passion for it. I don’t have a problem with medical marijuana itself. It’s just too new, it’s too fresh, and one speaker said we have not done enough work about [delivery].” 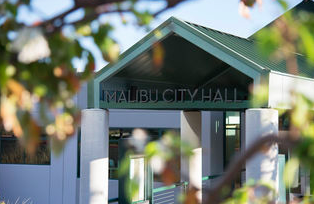 Councilmember Lou La Mont brought up that 86 out of the 88 cities in Los Angeles County have banned marijuana delivery, noting that medical marijuana is not in existence in most of those cities.

“So you want to go back to the Dark Ages and get ride of medical marijuana now?” Rosenthal asked in response to La Mont.

“I think that it’s not a lack of compassion that you see up here, it’s probably a little bit of caution,” Mayor Pro Tem Rick Mullen said. “I’m comfortable with the vote that I took last time and I second the motion to approve this agenda item.”

“This is about the people that need this the most,” Rosenthal said. “We were talking about the neighborhood and making sure we stand up for our neighborhoods, which we need to do. We also need to stand up and help those people that have the most difficulty helping themselves.” 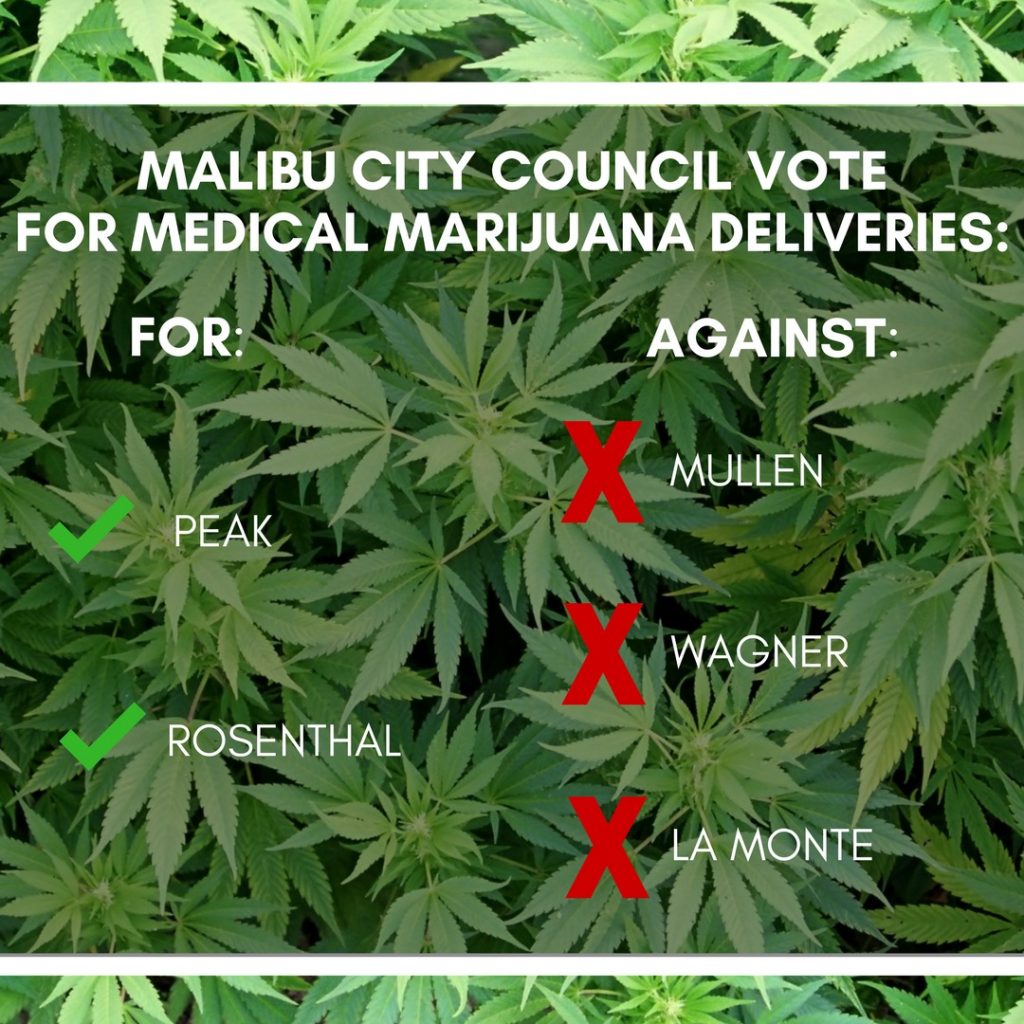 Peak added that making it more difficult for a patient to get the medicine they need “is a very foolish and very poor decision to make in the legislative process.”

Peak referenced Malibu resident Heidi Apple who spoke earlier at the meeting and brought her son, Dylan, who has cerebral palsy and a seizure disorder. Apple said she was speaking in support of 99 High Tide, one of the two dispensaries in Malibu, and said that having the delivery service is really important to her and her son because of her son’s necessity to use an adaptive van.

General Manager of 99 High Tide Vanessa Rodriguez said the recent vote has been troublesome for their customers who rely on the delivery service that delivers medical marijuana to their homes. She said there are many elderly patients who have caregivers in their homes who are not able to go out and retrieve medicine for their patients.

“In Malibu, there’s a lot of concern about how much traffic is on the PCH, how many cars are out here, and parking is an issue,” Rodriguez said. “The delivery service really created a solution for that. Not everyone had to be on the road, on the highways, clogging up the roads and the streets, so it really feels like a step backward because of all of those things we know are concerns in our community.”

Rodriguez said the cannabis delivery service was available for the past two years but now, 99 High Tide has been having to explain and educate their customers why they no longer can continue the program and service that was already established.

“It’s very confusing to the community and it creates a lot of problems for us,” she said.

Malibu resident Alec Torres said there are good reasons for having cannabis deliveries for patients.

“Malibu is very strict with all their codes to begin with,” Torres said. “So seeing this, I think it is hurting businesses as it is an establishment.”

“It’s tackling down business, and Malibu is very small business orientated, so doing that actually cuts down its own name in Malibu,” Torres said.

Rodriguez said 99 High Tide just created a new management position for the delivery service, but after last week’s vote, it has cut a portion of their business.

“Some people are going to have to defer to delivery services that are not necessarily legal,” Rodriguez said. “They may not get the trusted brands or medicine they know they can get here. I think it will be a compromise for them and to our business as well.”

“It would take one more person to swing the vote, so we are really close,” she said. “We are going to bring people out of the woodwork to allow their voices to be heard and to be taken into consideration.”