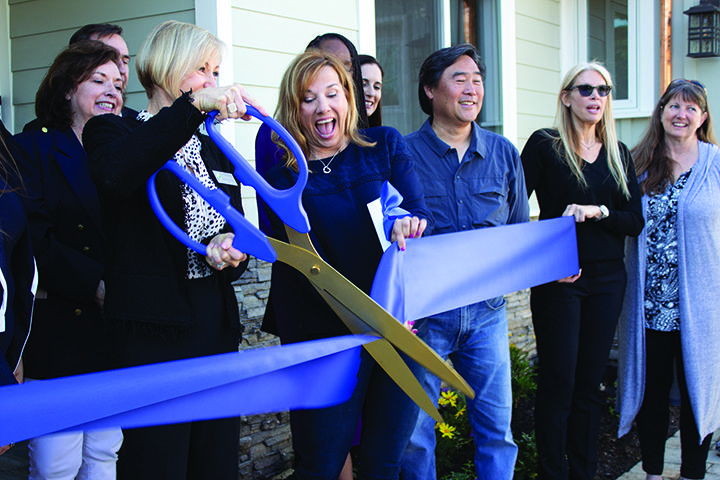 Malibu leaders and community members cut the ribbon of the first owner-occupied home to be rebuilt after the Woolsey Fire, which destroyed a total of 488 Malibu houses in Nov. 2018. Photo by Vernie Covarrubias

Inside one of Laurie Brennan’s bedrooms in her Malibu West home stands a rustic, solid iron bed.

“This is a big deal to me that this is here,” Brennan said as she joyfully jumped and sat on the bed. 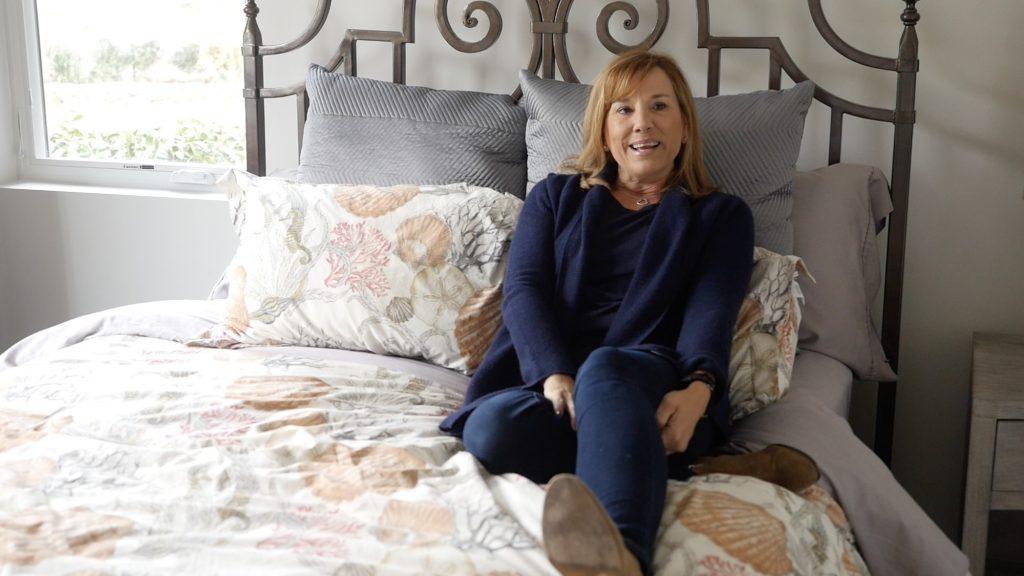 Malibu West resident Laurie Brennan sits on her bed, one of few items from her house to survive the Woolsey Fire. Photo by Kaelin Mendez

Fifteen months ago, that bed was covered by ash and rubble of what little remained of Brennan’s Paseo Canyon home.

Brennan’s house was one of the 488 homes in Malibu destroyed in the Nov. 2018 Woolsey Fire. 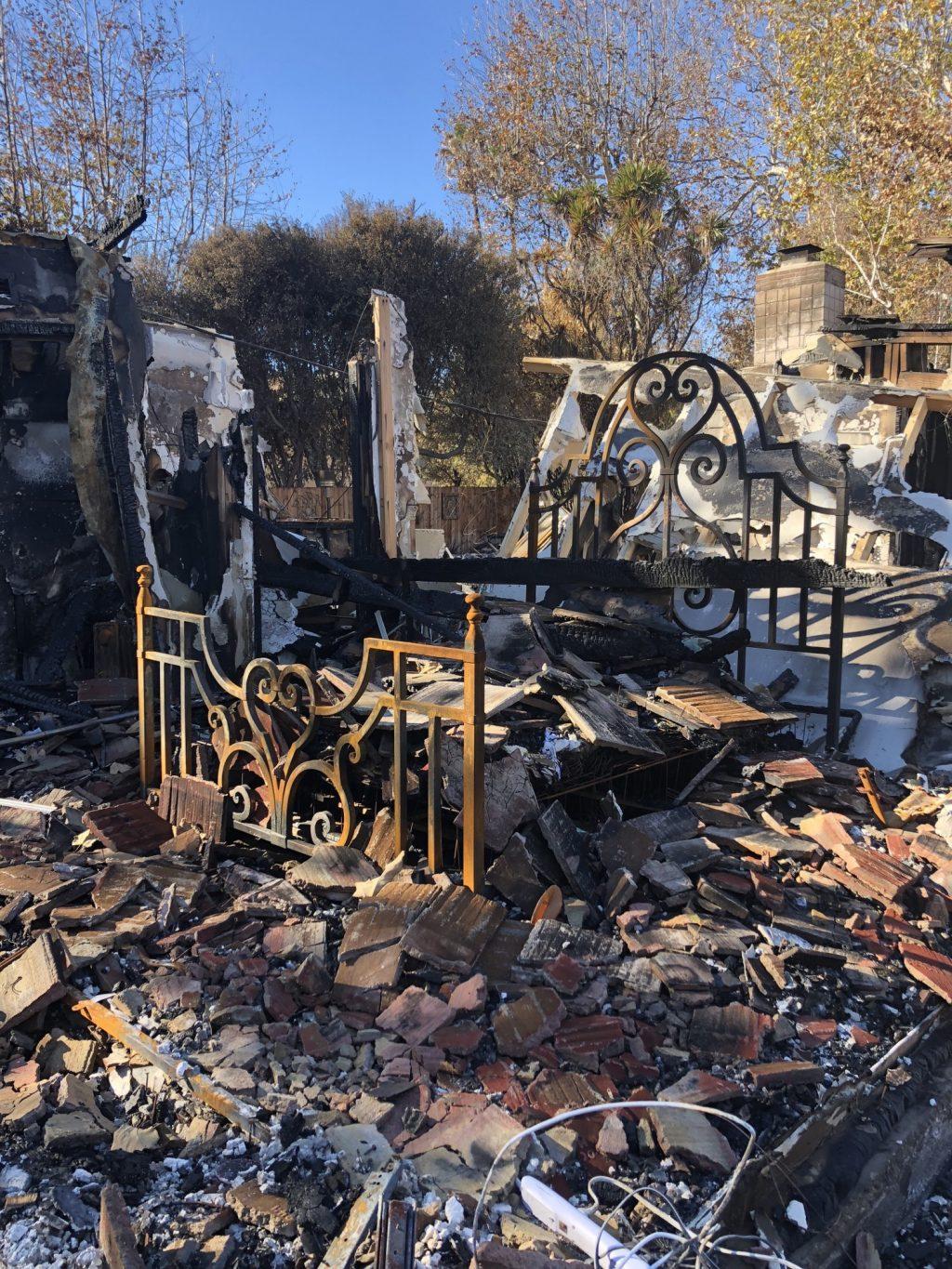 Brennan’s bed stands amid the rubble of her home that was destroyed in Nov. 2018 by the Woolsey Fire. Photo courtesy of Laurie Brennan

For Brennan, her bed is a sign of resiliency.

Not only is she now a Woolsey Fire survivor, but she is the first resident in the city to move back into her home after losing it in Woolsey.

For the past 15 months, the city has supported homeowners like Brennan who lost their properties to the nearly 100,000-acre fire. Since receiving her permit to rebuild, Brennan has worked tirelessly to plan, construct and officially move in.

“It was unbelievable when I knew that I was literally here,” Brennan said. “I mean, there’ve been lots of happy tears. … I wasn’t quite prepared for how emotional it was going to be.”

Malibu leaders presented Brennan with her official certificate of occupancy Monday at a ribbon-cutting ceremony for her new house.

“The ribbon-cutting was like, ‘Wow, you’re really here — now you’re officially in your home,’” Brennan said. “I felt like I kind of moved in real slowly this week. I didn’t feel like I was officially here, and the ribbon-cutting finalized everything for me.” 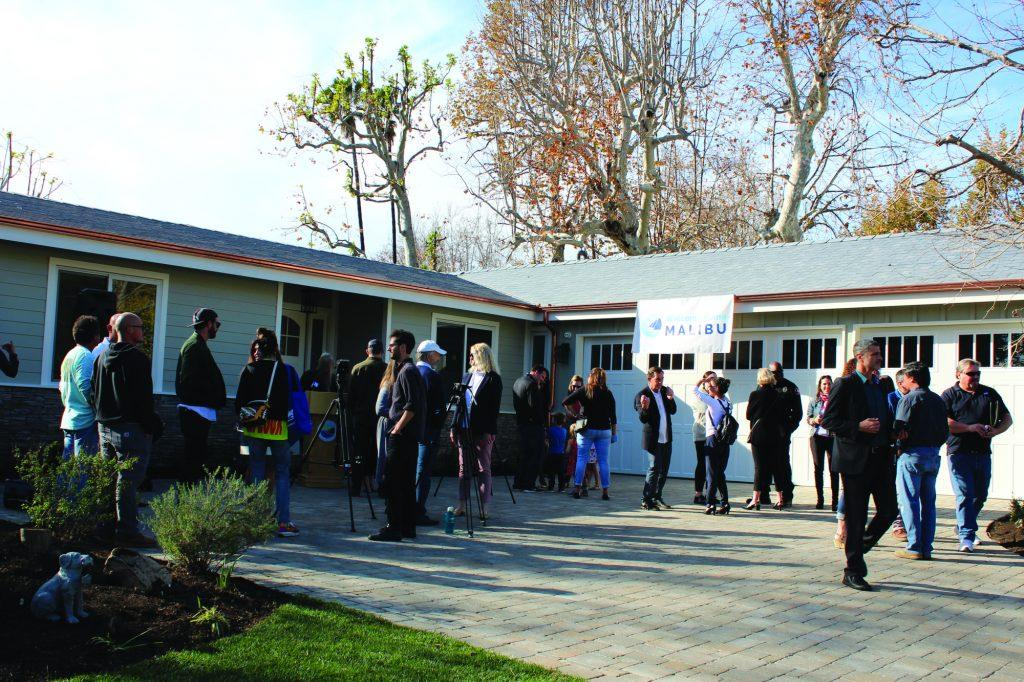 The Malibu community attends the ribbon-cutting ceremony of one of the first homes to be completely rebuilt after the Woolsey Fire. Photo by Vernie Covarrubias.

City officials and Malibu residents gathered on the driveway of Brennan’s house to celebrate the completion of the city’s first owner-occupied home to be rebuilt.

“While the Woolsey Fire is a dark chapter in Malibu’s history, today is a moment of light for all of Malibu,” Malibu Mayor Karen Farrer said during the ceremony. “It is a turning point. Now we can start counting homes completed.”

“I had literally the worst experience ever … lost all my children’s things, my mom and dad’s things,” Brennan shared with the crowd at the ceremony.

“This wall fell down, and it protected [the blankets],” Brennan said. “This is what I raised my babies on, and they’re all there.” 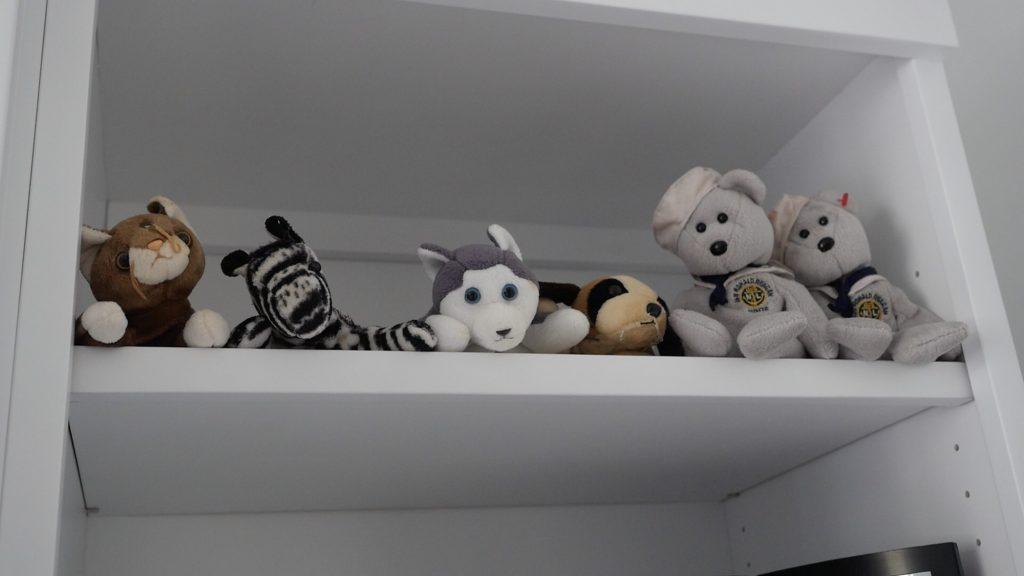 Beanie Babies that survived the Woolsey Fire sit on a shelf in Brennan’s new home. Photo by Kaelin Mendez 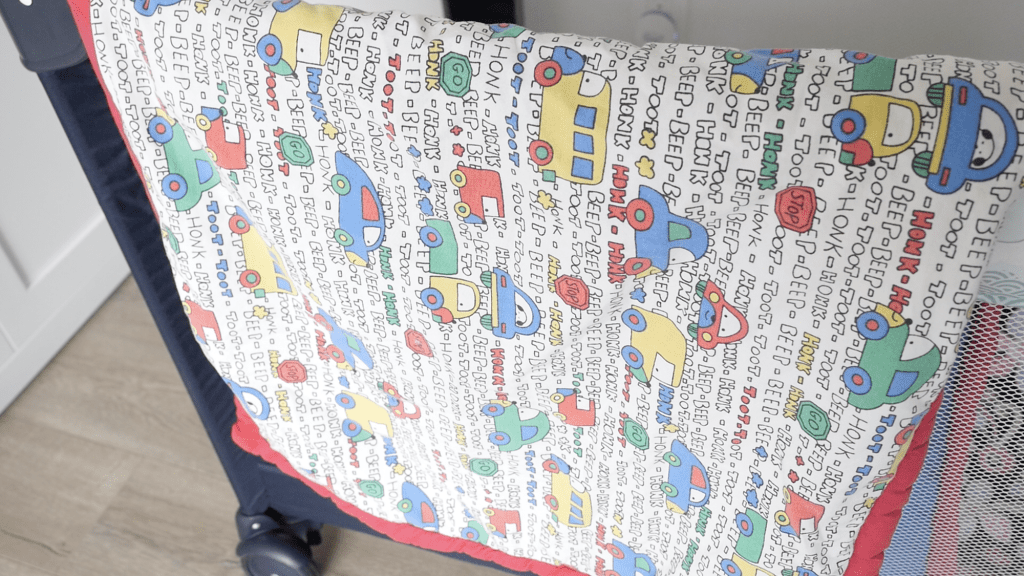 One of the blankets the belonged to Brennan’s children decorates a playpen in her “grandbaby” room. The blanket is another one of Brennan’s few belongings to survive the Woolsey Fire. Photo by Kaelin Mendez

As she walked around her home, Brennan lit up at the sight of her kitchen and the new appliances recently installed.

“One benefit of the fire is I have the kitchen of my dreams again,” Brennan said. “I’m a cook, so I like my kitchen.” 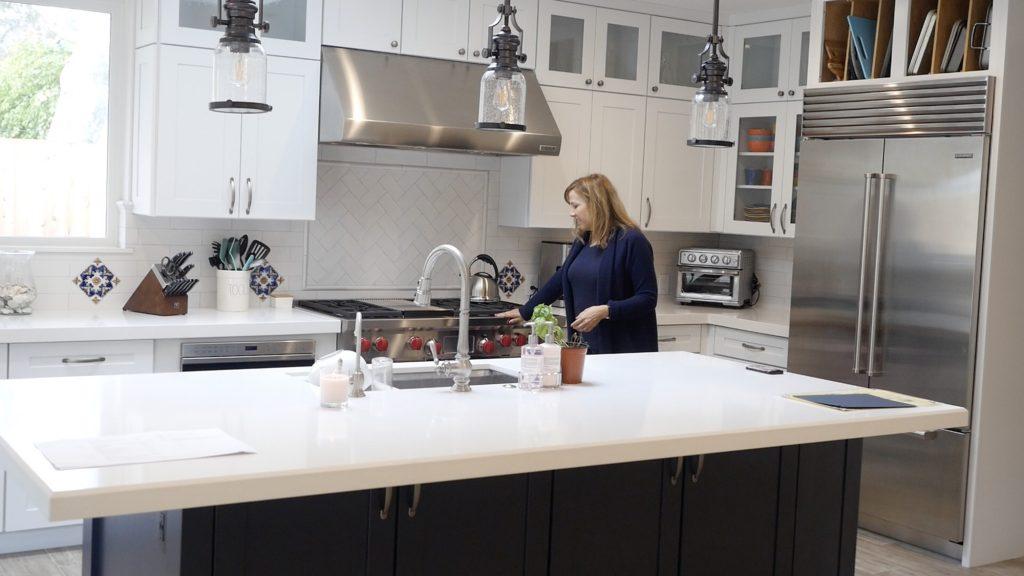 Brennan stands in her kitchen, which she describes as her favorite feature of her new home. Photo by Kaelin Mendez

As she reflects back on her experiences over the past 15 months, Brennan says the community support throughout her rebuild is what touches her the most.

“I believe that God was in control and He blessed me with so many people who came into my life that I cannot believe,” Brennan said. “[The people who worked on my house] gave it their all. I actually had workers say, ‘I’m so honored — so happy that we could help you rebuild your house.’” 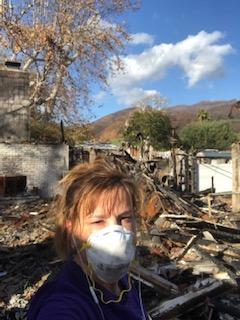 A masked Brennan stands outside the debris of her burned home. Photo courtesy of Laurie Brennan

Of the 488 homes lost in Woolsey, 216 single family residences have been approved by the Planning Commission to be rebuilt or restored. The city has issued 59 building permits for property owners to start construction on their new homes.

Malibu leaders established Woolsey Fire recovery as the city’s second-highest priority for this year, following protecting public safety. City staff are continuing to reach out to homeowners on the road to recovery through workshops and a special walk-up fire rebuild counter at Malibu City Hall.

“For everybody who’s still rebuilding or who wants to start rebuilding, the city is here for you,” City Manager Reva Feldman said at Brennan’s ribbon-cutting ceremony. “I am here for you, and our staff is here to get you home again.”

Students With Disabilities Continue to Petition for Change on Campus 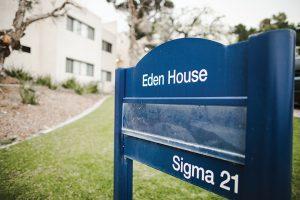 Sign marking the entrance to Eden House, located next to Seaside Residence Hall. Photos by Milan Loiacono   When...
Copyright 2013 Jupiter Premium Magazine Theme
Back to top