Fall semester was witness to long lines at the Sandbar and many frustrated students waiting for their books and packages to arrive.

Spring semester has been different.

So far, the mailroom in the Sandbar has seen shorter lines, and for a time, package scanning stations were available. Many of the changes occurred under the supervision of Stan Jones, manager of Mail and Automation Services and John Carper, director of Mail Receiving Services.

The first issue that was addressed was the long lines and waiting periods students faced during the fall semester. Jones and Carper said that the influx of about 200 new students in the first weeks of school strained Mail Services.

Carper also said that Mail Services was not informed of the increase in student size until August.

Media mail includes those class materials that students buy after the first day of school. 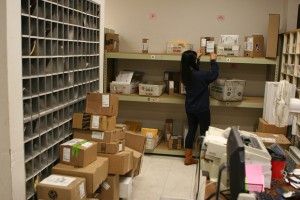 Another problem was confusion over the arrival of packages. When a package has arrived, Jones said the Mail Services turnaround time is about three hours.

In July, Mail Services swapped the standard pink slips in mailboxes that students would switch for packages to an instant, email-alert system.

By the first day of school, however, the new system was coupled with long lines in the Sandbar. The average wait time to pick up a package was around an hour and 15 minutes, according to a Graphic article in September.

Since then, Mail Services hired more student workers and opened up two temporary scanning stations across from the pick-up door in the Sandbar.

Mail Services’ hours have also extended to 8:30 a.m. to 4:30 p.m. Monday through Friday and it is now also open on Saturdays.

The main challenge for Mail Services is meeting the needs of students in the August and January without spending an exorbitant amount of money to do so, Carper said. 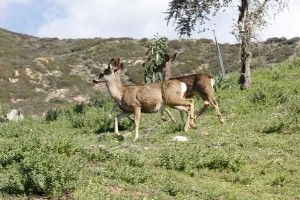 An increase in resources would require funding that comes out of students’ pockets, and the only time Mail Services needs an expansion of resources is the first two weeks of school.