The Pepperdine Women’s Tennis cruised by the Penn Quakers 6-1, moving their record to 8-1. Junior Luisa Stefani clinched the win for the Waves with a two-set win on court one. Stefani is one of the highest ranked Waves in the Oracle/ITA rankings at no. 28, and is undefeated this season.

Heading into the match, Head Coach Per Nilsson expressed his concern about not having the whole team healthy.

“Because we had two players out today it was very important to be focused and disciplined,” Nilsson said. “We couldn’t afford any mishaps.”

The day started with doubles on the first three courts. Competing as doubles partners for the Waves were Stefani and freshman Evgeniya Levashova on court one. Court two saw sophomore Ashley Lahey and junior Dzina Milovanovic and on court three Gulbe and sophomore Adrijana Lekaj fought for a chance at the doubles point.

Lahey and Milovanovic secured a 6-2 win over the Quakers, following a strong start early in the set giving Pepperdine the advantage. Stefani and Levashova solidified the doubles point for the Waves with a 6-3 victory over their opponents.

A withdrawal on court six resulted in a point for Penn to tie the match at 1. However, the Waves showed no mercy elsewhere. No. 58 Levashova topped her opponent 6-0, 6-1, and Milovanovic acquired a 6-0, 6-3 victory to put the Waves in a position to clinch the match victory.

Stefani successfully defeated her opponent 6-2, 6-3 to clinch the win for Pepperdine.

Nillson and Gulbe praised the team’s effort and play in the match against Penn.

“Everyone did a good job finishing off sets and taking control of their matches,” Nilsson said.

Gulbe added that encouragement from the team was another key to success.

“What we did well was compete hard and support each other out on the court,” Gulbe said.

As for the remainder of the season, the goal is to stay healthy.

“Not over training and taking care of themselves physically with prehab and rehab will be crucial moving forward,” Nilsson said.

Gulbe said she is excited to enjoy the rest of her time here at Pepperdine surrounded by her amazing team.

“Yet what I am most excited and have been dreaming about is everyone peaking during the NCAA’s, bringing the title home from Wake Forest for the first time in Pepperdine Women’s Tennis history,” Gulbe said. 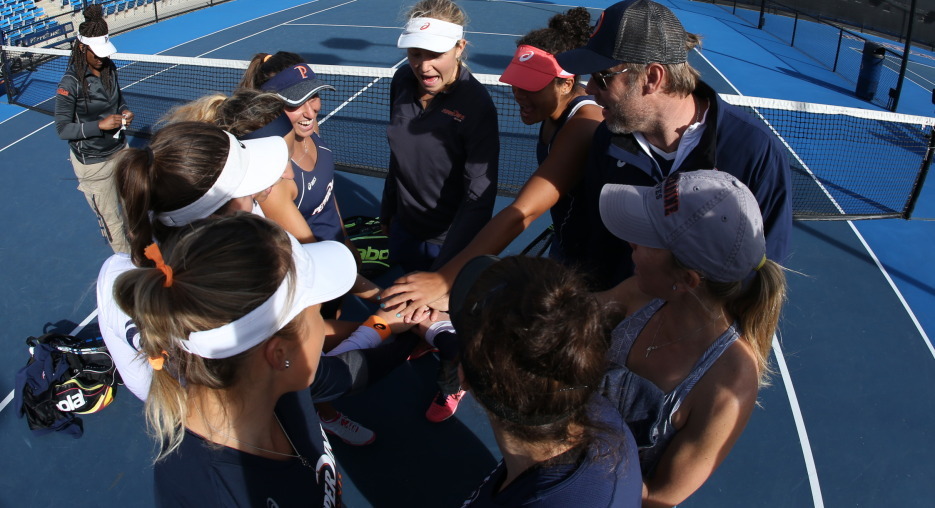 The Waves travel to Indian Wells, California to face Baylor on Friday, March 16 at 6 p.m.