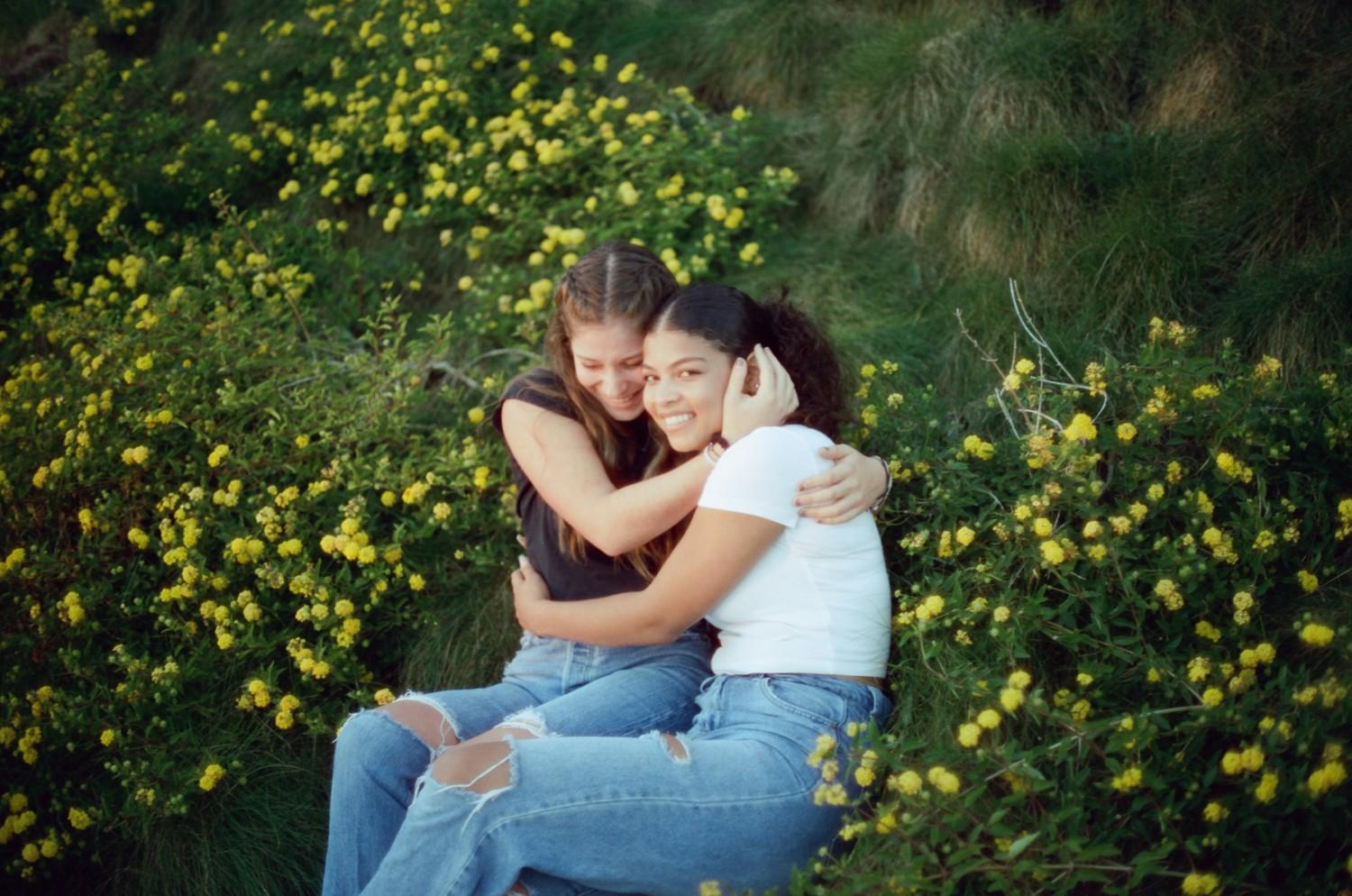 These are some of the ways people love and feel loved, according to Gary Chapman, creator of the 5 Love Languages.

In his career as a couples counselor, Chapman noticed couples often expressed they felt unloved by one another, according to Verywell Mind. With research and further analysis, Chapman concluded this was because they weren’t loving each other in ways they individually felt loved. He found people give and receive love differently — through words of affirmation, quality time, physical touch, acts of service or gifts.

Dori Lansbach, interim director of Relationship IQ, said love languages are important for people to incorporate in their relationships, especially during college.

Love languages on a college campus

“People are always really interested in learning about ways that they communicate and act with their partners and relationships,” Lansbach said. “They want to know how their partners want to receive love and how they themselves are kind of apt to giving love to other people.”

There are many love language quizzes people can take to find out what their preference is, such as the official one Chapman created. Lansbach said Relationship IQ offers students love language tests at events like Waves Expo, and she encourages students to learn about their love languages to strengthen their relationships.

“There’s such a great power in being able to identify your own love language,” Lansbach said. “I think it kind of helps you walk in some confidence and some strength and what you need from people. And then knowing, as well, what you’re gifted at giving to others.”

First-year Emma Monte said she dislikes love language tests because they often give really specific scenarios that the person taking the test might not relate to. Instead, she said noticing how the actions of others make her feel has helped her determine her love languages more accurately.

“It’s clear that some ways of loving people are more encouraging than others,” Monte said. “When you find out what the [love language for that] person is and you are intentional about loving them that way, then your relationship can either hopefully get mended or grow exponentially.”

Growing up in a Hispanic household, Monte said physical touch was how her family expressed love the most. She said acts of service is her least favorite because people’s intentions aren’t always clear when they perform certain acts.

Monte said she often thinks kind things about the people in her life but rarely verbalizes them and wants to be more intentional about giving words of affirmation.

Monte said it’s important to recognize the differences in love languages in relationships and work to make others feel loved, even if it is not instinctive.

“If you really do love them, then you’ll be willing to put their desires before your own, even if it’s uncomfortable or annoying or it costs you more,” Monte said.

In his research, Chapman noticed conflict in relationships stemmed from a lack of communication of one’s needs, which led to feelings of being unloved and not cared for, according to Simply Psychology. He found most couples were unaware of differences in love languages.

Lansbach said people can easily navigate these differences by communicating how they feel loved and being open to learning about how others feel loved.

“I don’t think there are that many pitfalls with having differences as long as you understand what those differences are,” Lansbach said. 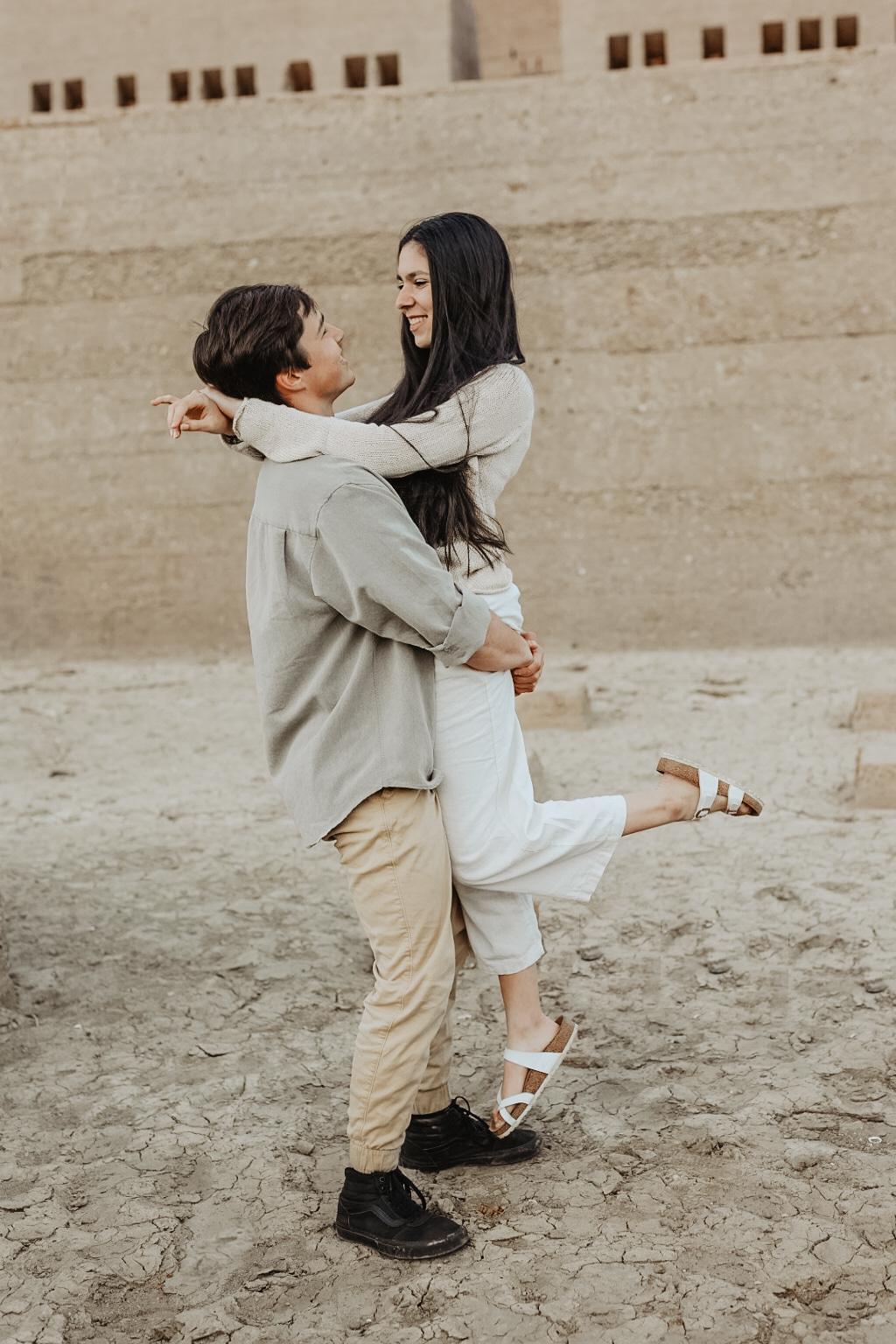 Navigating differences in love languages was a challenge for first-year Shea Dauphinée and her then boyfriend Clavey Wood, she said.

The couple met through their high school competitive jazz choir and dated for about three and a half years.

“He’s like, before anything, my best friend,” Dauphinée said. “And so it’s really nice to just kind of have that constant support.”

With Wood attending a community college in the Central Valley, they were a long-distance couple. Dauphinée said this made communication and awareness of love languages all the more important.

Dauphinée said Wood was intentional about giving her acts of service through cooking food for her or supporting her family. Dauphinée said she appreciated this and tried to be more mindful of showing him love in the ways he needed it most.

“That’s been the hardest part — communicat[ing] about what we need from each other and stuff like that,” Dauphinée said. “At times it’s easier, at times it’s not.”

Dauphinée said they tried to see each other every three weeks. One of the last times they saw each other, she gifted Wood a custom-made guitar he had been wanting for as long as they have been together.

“Even though gift giving isn’t really one of his top ones, I definitely felt in that moment that was something he obviously cherished,” Dauphinée said. “That was a nice reminder that even if you know it’s not your top love language, you should still act on it.”

When Wood received the guitar, Dauphinée said, he just kept smiling, and he still plays the guitar all the time.

Love languages are as important in platonic relationships as they are in romantic ones.

They identically ranked their love languages as physical touch, quality time, words of affirmation, acts of service and gift-giving. 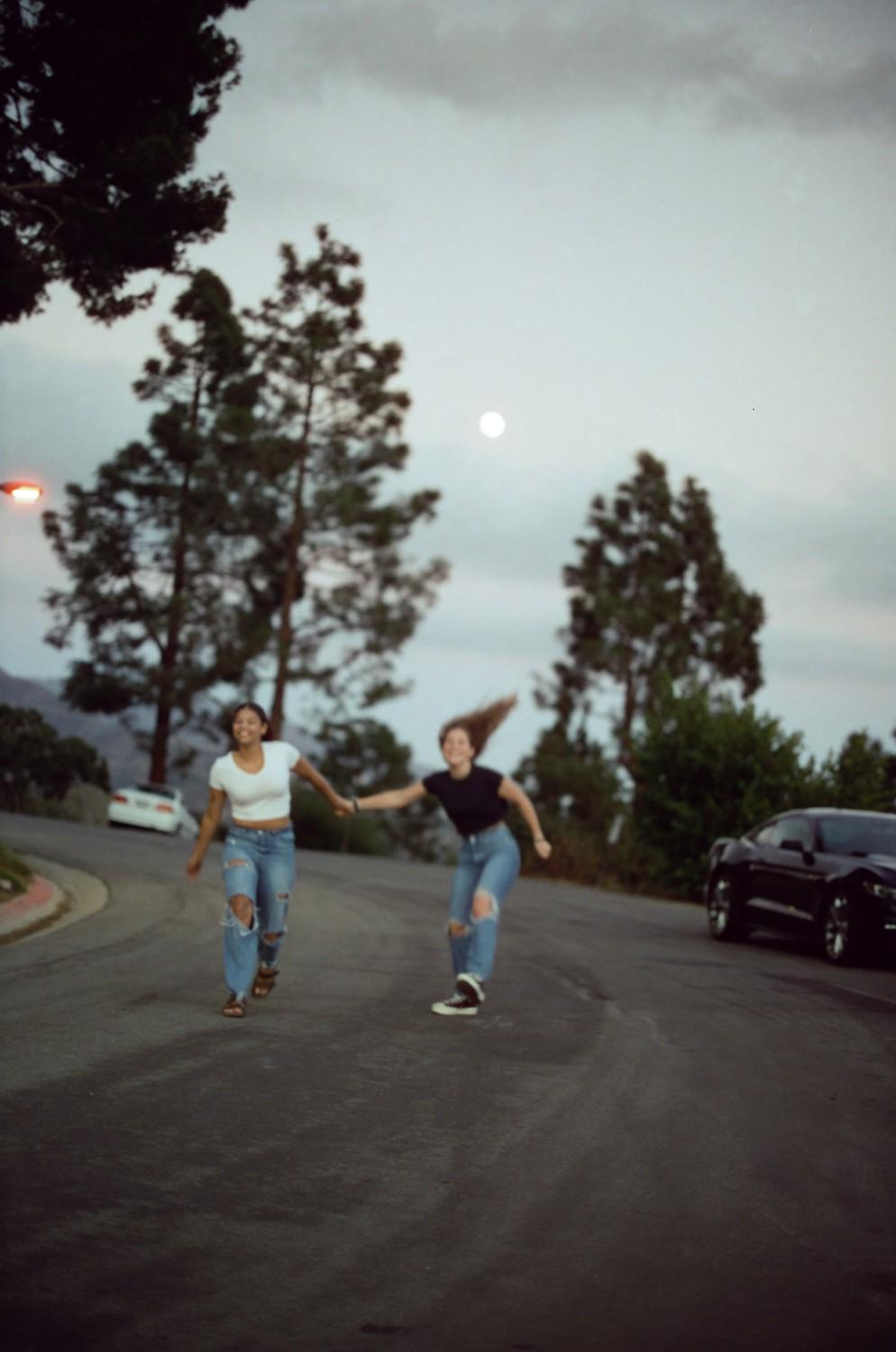 The pair said they never discussed love languages with one another until recently, but even so, they are aware of how the other feels most loved.

In their time together, they provide comfort through hugging, listening to, encouraging and reassuring one another.

“I can always go to her and get a hug or just talk,” Lincoln said. “And not even talking, just being there together and knowing that I’m loved and safe and cared for.”

Lincoln said they became friends their first semester of sophomore year through mutual friends. They both attended an on-campus event and instantly bonded.

“It’s weird because, for me, it’s hard to be friends with somebody that quickly,” Cordova said. “It was just so natural.”

Studying abroad in Buenos Aires, Argentina for the 2022 summer program is what brought them closer, they said. This was the first time the pair lived together — an experience they said helped their friendship grow.

“[With] what we were going through there and [with] our anxiety coming back here, dealing with new experiences, we were there for each other,” Cordova said. “We understood [one another] because we had the same worries. We were like, ‘We’re in this together.’” 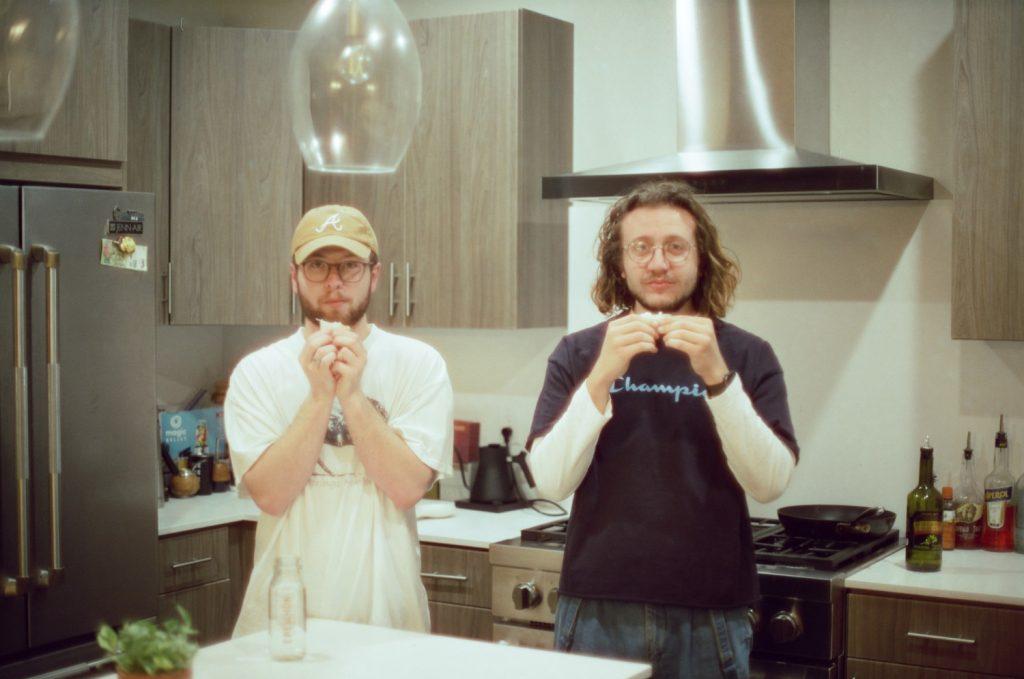 The pair, who met their first year at Pepperdine, became friends during their junior year when they stumbled into the same friend group, Davenport said. However, it was in Buenos Aires when they truly grew close.

“We were absolutely already friends by that point,” Lentz said. “That experience, then, was kind of a time of growth for the two of us, both individually and collectively, as a unit, if you will.”

They both said they turned to one another for support when they were going through difficult times.

Davenport’s love languages differ based on whether he is receiving or giving them, he said. Nonetheless, his top love languages for both are quality time, words of affirmation and acts of service.

He said gift-giving is his last because he is a people-pleaser. Davenport said he struggles to pick out a good gift.

“I want people to perceive me well, and whether it’s through acts of service or giving gifts, I want them to be very well pleased with what I have to offer,” Davenport said.

Both Davenport and Lentz said they value quality time in their friendship. Lentz said he knows Davenport feels loved through quality time, so he tries to give him this, especially when he needs it. 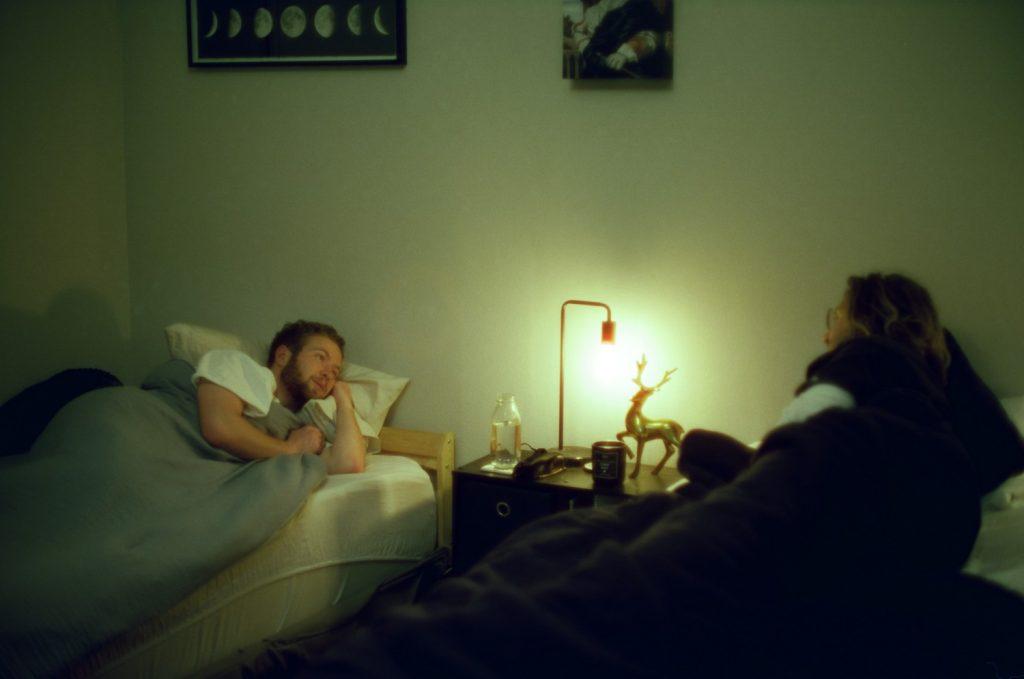 Davenport said he cherishes quality time because he values community.

“For me, community and relationships are just very important parts of my life,” Davenport said. “And they always have been — I love being social. I love having friends. I love introducing my friends to my other friends.”

Through having quality time, Davenport said the pair have been able to dig deeper into their relationship, support one another and learn about each other. He said there is never a dull moment when they are together.

Lentz agreed, and he said even when they sit in silence or are half asleep, he still considers it quality time.

“Quality time comes easy because we spend so much time together,” Lentz said. “Any time with him is quality in my book.”

Early this year, online commentators touted a sixth love language: feeling known. This means a person feels loved when someone in their life shows they remember things about them and what brings them joy.

Although there has been debate about whether or not an official sixth love language exists, students agreed that the ways they love and feel loved are not bound by Chapman’s main five.

Everyone agreed that humor is a love language. Lincoln said when she first met Cordova, she thought she was the funniest person she had ever met, and that made her want to be friends with her.

Lincoln said Cordova has the same sense of humor as her and loves when she randomly sends her funny videos.

“I feel like incorporating humor into things for me, and just knowing to keep it light whenever I’m going through stuff,” Lincoln said. “Knowing that’s a good time for humor is one [of my love languages].”

Davenport said the idea of someone thinking about him when they watch a video or see something funny makes him feel loved.

“Carter looks for ways to think about people and understand people,” Davenport said. “If he sees a video that reminds him of that person, he will always send it to him. I love that.”

Davenport said receiving phone and FaceTime calls is a love language for him. He said it’s much more personal to him than a text.

Monte said one of her love languages is sharing a meal with someone, whether it is trying new food together or cooking together. She said she appreciates when people want to share their cultural cuisine with her because it makes her feel closer to them.

Whatever love language they use, students said being intentional with their love is important for having healthy relationships.