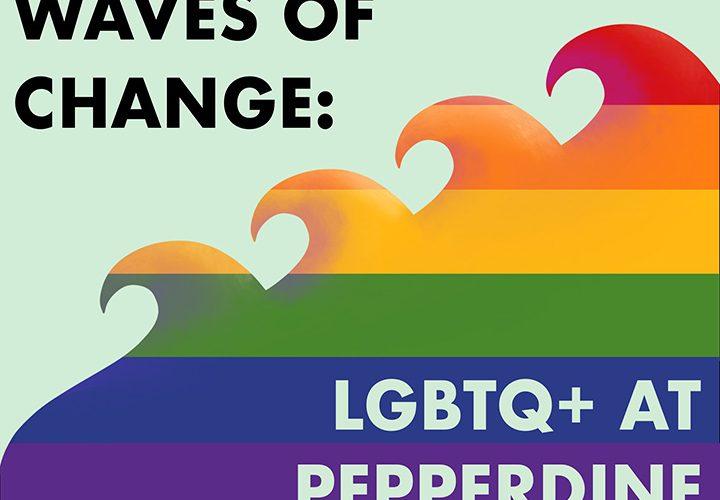 With Crossroads Gender and Sexuality Alliance and the modifications in administrative statements surrounding sexual orientation, Pepperdine has made a plethora of changes to accommodate and show acceptance to the LGBTQ+ community.

LGBTQ+ issues haven’t always been in the spotlight at Pepperdine, but with continuing social movements and student support, LGBTQ+ students organized an official club, improved administrative sentiments and sparked discussions in local media.

“People are finally recognizing that a lot of groups have been treated awfully throughout history, and we’re tired, and I think seeing the change is just so amazing,” said senior Mary Buffaloe, president of Crossroads Gender and Sexuality Alliance. “It reminds me where we come from, and it makes me happy that we’re delivering on all of the effort that’s been done to get up here.”

While students established Crossroads in 2016, Pepperdine did not accept LGBTQ+ organizations on campus prior to then. Before Crossroads, students founded GLEE in 2007 and ReachOut in 2011. Originally only listed as clubs for the Malibu community, the two organizations received no support from the administration, were barred from being Pepperdine affiliated and also could not receive funding.

In 2011, ReachOut co-presidents also applied for official club recognition, but Pepperdine denied application. The University maintained views of maintaining the value that sexual intercourse is only between a man and a woman. Due to Pepperdine’s Church of Christ roots, the administration believed accepting an LGBTQ+ club would contradict that message, according to Graphic reporting in 2007.

The LGBTQ+ clubs that students founded didn’t promote any type of sexual behavior, however — just an outlet of acceptance at Pepperdine according to the previously mentioned Graphic reporting in 2007. After eight years of advocating, they gained more support and it finally happened: In September 2015, the administration allowed an LGBTQ+ organization on campus.

Despite this victory for LGBTQ+ individuals, backlash ensued regarding LGBTQ+ individuals on campus. This past year, students publicly displayed anti-LGBTQ+ sentiments on the Freedom Wall. Students held varying opinions about whether Chick-fil-A should be allowed on campus and it eventually spiraled into a discussion on the acceptance of LGBTQ+ individuals as a whole.

Two-hundred and seven out of 275 students polled believe LGBTQ+ relationships should be accepted on campus, according to a February Graphic survey for the LGBTQ+ special edition. While there is some evidence students accept LGBTQ+ relationships, the Freedom Wall served as an eye-opener that Pepperdine still has room to grow regarding students’ attitudes toward LGBTQ+ individuals.

LGBTQ+ student visibility increased over the past four years, which is evident in the Graphic’s coverage on LGBTQ+ related events. An article in 2019 evaluated the Crossroads charter and how it was unfairly treated because the group couldn’t take political or social stances like other cultural clubs — a policy that administrators overturned last school year.

Throughout Pepperdine, students have hosted discussions surrounding the interconnection between faith and LGBTQ+ orientation, marched for HIV/AIDS awareness and started their own convocation events.

A popular myth is that one in 10 people identifies as part of the LGBTQ+ community; however, research from the University of California, Los Angeles School of Law shows 11% of adults identify as LGBTQ+. Pepperdine community members come close to embodying this statistic.

Throughout its history, the University has never recorded demographic percentages of sexual orientation in the same way it tracks race or gender demographics. The National Survey of Student Engagement, however, provides a glimpse of the LGBTQ+ presence at Pepperdine.

Regarding gender orientation, however, Pepperdine’s structure doesn’t allow for accurate tracking of data. Most of the demographics Pepperdine collects regards sex — male or female — and excludes gender, whether man, woman or nonbinary.

While circumstances are changing for LGBTQ+ students, the Student Code of Conduct still maintains that heterosexual relationships in marriage are the gold standard.

“We believe that Scripture is the ultimate authority on how to conduct our lives and serves as a light to guide our way in a manner that honors God and others,” according to the code. “Our understanding of Scripture is that sexual activity is to be expressed only in a marriage between husband and wife.”

Do Students Feel Comfortable at Pepperdine?

Students acknowledge Pepperdine’s efforts to acknowledge LGBTQ+ individuals, and they describe some of the changes Pepperdine made as uplifting.

“The biggest positive changes for LGBTQ+ people at Pepperdine were the school absolving its Title IX exemption and finally allowing the LGBTQ+ club to officially form on campus,” said alumni Quinn Mathys (2020), who served as the editor of PGM’s LGBTQ+ special edition. “Knowing I had somewhere to go to talk about my struggles on campus both on an official and a peer level was empowering.”

Furthermore, Pepperdine, in response to other minority voices, has started a Presidential Action and Advisory Team, which includes a member of the LGBTQ+ community at Pepperdine: senior Juan Carlos Hugues. The PAAT is a committee meant to evaluate issues students have expressed and compile and solutions and actions to President Jim Gash and the appointed vice president of student belonging.

“President Gash has also included me in the PAAT committee and the Jericho Challenge, where the Pepperdine Community has gathered,” Hugues said. “He has not silenced my pleas for the greater inclusion of the LGBTQ+ community, and that is a good step forward.”

“There is definitely a tension at Pepperdine as we speak when it comes to LGBTQ+ inclusion,” Hugues said. “Even though I would like the University to affirm my sexuality fully, I understand for now I must settle for dialoguing.” 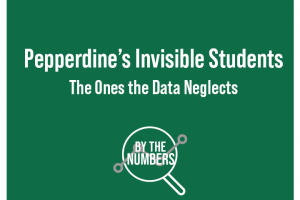