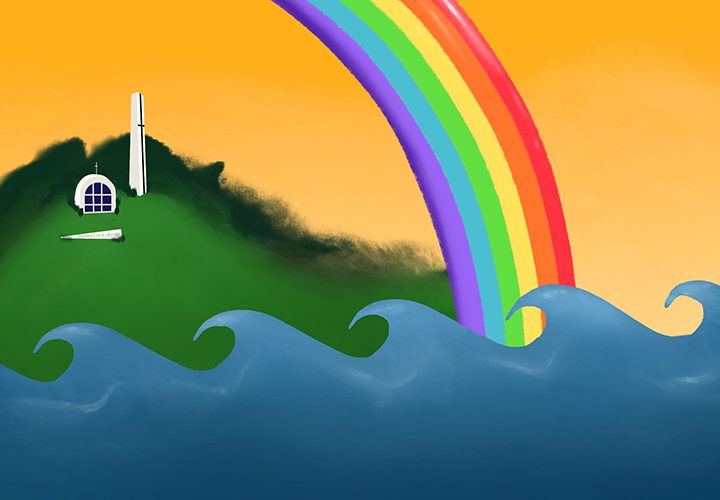 Growing up religious or being surrounded by a Christian community can be very hard for many people in the LGBTQ+ community. This hardship on the LGBTQ+ has now extended to Pepperdine University which has created an imbalance and negative stigma with the community.

Crossroads is the first official LGBTQ+ club on Pepperdine’s campus, yet in its charter it only describes itself as a support group for LGBTQ+ students. This is different from other clubs that represent marginalized groups on campus, as it is stated on Peppervine, “This organization holds on to the firm belief of respecting Pepperdine policies and ethics and will not advocate for any policy changes.”

However, “the administration considered and approved Crossroads to have a space on campus with a caveat that it would not pursue political agenda or change the stance of Pepperdine,” current Crossroads President Juan Carlos Hugues said.

This means that Crossroads has an unequal balance of how it can represent its student body. Furthermore, this leaves a gap in the improvement and change that is normal and crucial on campus.

Pepperdine reflects the Church of Christ values as a Christian university and this could actually be a benefit to explore the link between Christian faith and homosexuality instead of barring force. This example can be seen in the Community Standards’ position on sexual relationships.

“All members of the University community are encouraged to consider and respect the teachings of Jesus and historic, Biblical Christianity,” the Pepperdine Community Standards states. “Pepperdine University affirms that sexual relationships are designed by God to be expressed solely within a marriage between husband and wife.”

While the debate between Christian marriage and homosexuality is ongoing, at Pepperdine this type of description can be discouraging to the LGBTQ+ student body.

However, this can change. Just by re-examining the given statement, Pepperdine can choose to be inclusive and remember the teachings of Jesus and his commandment to love one another. This doesn’t change or take away from the statement that sexual relationships aren’t encouraged on campus, but it does remove the fact that it explicitly accepts only heterosexual marriage.

Pepperdine also claims to reflect the Church of Christ values in its Affirmation Statement. Specifically, the Affirmation Statement states “that the quality of student life is a valid concern of the University,” and “that truth, having nothing to fear from investigation, should be pursued relentlessly in every discipline.”

Both administration and student body need to come together to make sure that its affirmation and core values are being represented in all aspects. This means possibly changing policy or the wording of certain handbooks and changing the caveat presented in the charter of Crossroads.

Pepperdine cannot become stagnant in its prospect of truth in all areas of the campus, and it’s possible in the future Pepperdine will need to take a new or a refreshed standpoint of the LGBTQ+ community. It’s time push forward and engage in more LGBTQ+ issues and its positive relation to the Bible.

“We need to engage in [truth],” Hugues said. “It’s time! We should be empowered by knowing what the Bible says and have no fear in seeking truth.”

The administration needs to reevaluate and change their biased policies especially if it demeans the voices and personalities of other students. Furthermore, as a community, students need to band together and fight the injustices of Crossroads and the LGBTQ+ faces on campus. 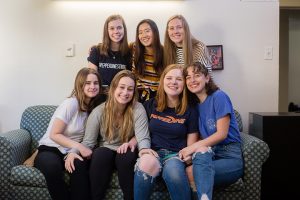 Photo by Ashley Mowreader My suitemates are tough people to get in contact with, and that was before we lived in six different...
Copyright 2013 Jupiter Premium Magazine Theme
Back to top