Songfest this year was one for the record books: Non-Greek group Eta Theta Tau won the Sweepstakes award for the first time in its history! Although Songfest ended with a bang, it seemed to start on a weaker note from the perspective of the Graphic. From the perspective of a Seaver alumna, I fear that today’s young people, constantly grappling with difficult sociopolitical issues and uncertainty in the upcoming election, have turned their well-worn skepticism to the wrong places. Instead of expecting great music and dancing, the Graphic’s review of this year’s Songfest product seemed to expect little more than a few dreary hours spent in the cool confines of Smothers Theatre.

To the Graphic, I say: Choose joy! The tradition of Songfest has always been about bringing people together to create art that delights the audience, even if it is just to see your friends twirling on stage. It’s not “almost a wonder” that Songfest does well, it’s the result of countless hours of both laughter and frustration to bring together disparate elements to put on a showcase of Pepperdine talent. Each show had something uniquely amazing — CAKE let loose some killer dance moves (did you see them do that partner death drop?!). And rather than having “the potential for all sorts of disaster,” Eta Theta Tau showed they had all the elements of a winning performance. Gamma Ghkkkket Sigma and Friends wove incredible music choices with strong volume, while the Pi Delta and Friends portrayed a muti-racial story of unity. Delta Psi Theta deserves recognition for their amazing leads and great synchronization, while Alpha Beta Delta and Company successfully blended a ton of talent with a fun story. The hosts this year were flawless, hilarious and had jaw-dropping harmonies.

Songfest was not great this year despite its “weaker numbers”; it was great because like every year producers and writers slaved to meet deadlines, corral enthusiastic dancers and somehow all keep their voices through the last performance. This monumental effort deserves every ounce of credit and is consistently an absolute treat. To the Graphic, I urge you: Do Songfest next year. You won’t regret it, and every year after you will be able to look on with exultant appreciation of the hard work and beautiful outcome each year’s groups present. In a world where skepticism is vogue, be a rogue: Choose joy!

Something Fishy is Happening at Point Dume 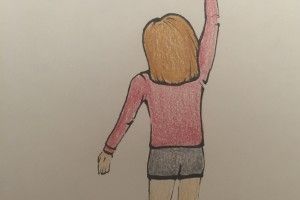