Let’s Be Blunt About Marijuana In Malibu 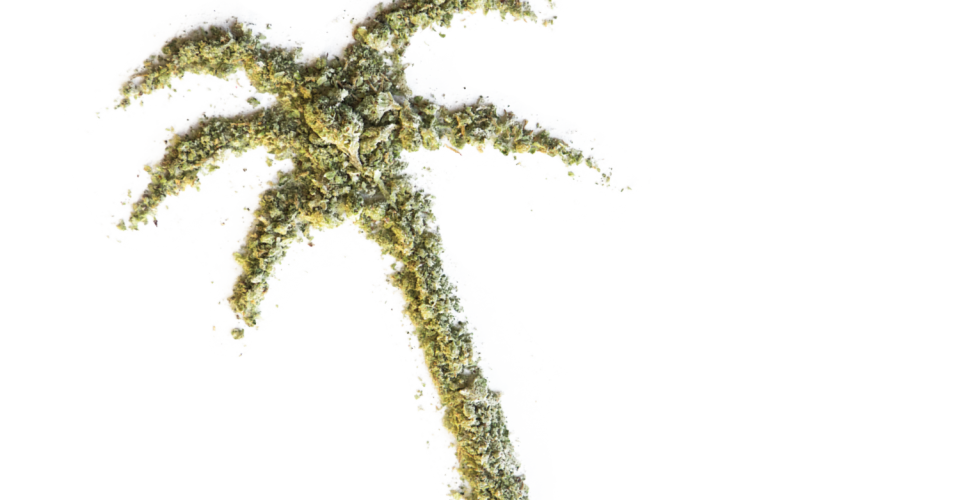 The Golden State became a trailblazer in the field of marijuana back in 1996 when a majority of Californians were the first in the nation to vote yes on Proposition 215, according to the National Conference of State Legislators. Proposition 215 legalized the medicinal use of marijuana.

Twenty years later in 2016, voters returned to the ballots to vote yes on Proposition 64 — a bill that legalized the sale and distribution of recreational marijuana to those 21 and older, starting Jan. 1, 2018, according to NBC. Although Prop. 64 legalized Cannabis for adult use, cities in California were still given the right to ban any and all cannabis activity.

Although Malibu had one of the largest percentages of votes for Prop. 64, the Malibu City Council voted 3-2 to ban the adult use of marijuana and the delivery of medical marijuana back in February of 2018, according to L.A. Cannabis News. Then-Mayor Rick Mullen said he voted for the ban as a way to take caution to the new bill.

“We decided, let’s let all those other towns work it out, and we can sit back and see what’s good and what’s bad,” Mullen said. “Maybe even learn something before we went headlong into the unknown.”

Malibu resident and CEO of 99 High Tide dispensary Yvonne DeLaRosa Green and her husband Sam Boyer had attended City Council hearings and were upset with the council’s decision. After seeing how the new ban affected their customers, Green said she had to make a change.

“The very next day after the ban, we had a mother come in with her son who was having massive seizures,” Green said. “He couldn’t even make it upstairs to the dispensary, and she ran in panicked and crying because she was unable to get delivery to her home. We knew we needed to fight for this.”

Green said she and her husband began researching and meeting with attorneys to start a grassroots campaign for the full legalization of marijuana. The two had to get enough signatures to put “Measure G” on the November ballot in 2018. Measure G allowed for delivery, adult use and a 2.5 percent tax on sales of non-medical cannabis. One of the supporters for Measure G was council member Skylar Peak, who also voted against the ban in February.

“It is important to have an open mind and educate oneself about anything going into one’s body,” Peak said. “For Malibu, retail sales and delivery of Marijuana will allow folks to have access to quality products they otherwise would seek out on the black market.”

Measure G was approved in the November elections with a 70 percent approval rating, according to BallotPedia. Green said there was no pushback from the Malibu community before or after the vote.

“Absolutely no one came out against it — not one person,” Green said. “Even Rick Mullen personally congratulated me, and said he would support whatever the people of Malibu voted for.”

As for the new 2.5 percent tax, that money will be put into a general fund that can be used for projects that the community votes on. Cities in Colorado, where recreational marijuana has been legal for five years, have used the funds for homeless shelters, scholarships for underprivileged students and construction projects, according to CPR News.

“It’s exciting that we’re going to have more money in our city to do the things we need,” Green said. “Especially after the fires, there are going to be a lot of things that we will need to rebuild and programs to heal our community.”

Community Use of Marijuana

Culture of the 80s and movies such as “Fast Times at Ridgemont High” popularized the idea that all cannabis users were laid-backed, goofy stoner-surfers. Today, Green said there is no longer a general stereotype for those who use; she gets customers from various backgrounds.

“Yes, we have those surfer-type patients — but most of our patients are actually seniors,” Green said. “We cater to patients of all nationalities, socio-economic classes, men and women; we see everyone and anybody that you could imagine, and that’s a really beautiful thing.”

Mikke Pierson, who was elected to the City Council in November and a supporter of Measure G, was open about how marijuana helped him after a serious mountain biking accident. Doctors prescribed him the opioid Norco as a painkiller.

“I broke a whole bunch of bones and had to have several surgeries,” Pierson said. “I found myself in 10 days addicted to Norco. I couldn’t believe I was addicted. It took my wife three days for her to get me off it. But those were the three darkest days of my life. I literally would sit in a chair in the dark; it was horrible.”

The incident taught Pierson more about the science and details behind marijuana.

“I thought I knew a lot about marijuana,” Pierson said. “But I didn’t know anything about medicinal, and I was amazed by how detailed the science was. [Marijuana] kept me functioning, but it led me to relax and not feel that intense pain.”

Peak said he personally has benefitted from marijuana, and has also had a close friend diagnosed with cancer use it. Its use, Peak said, helped keep up his friend’s diet and reduce the pain.

The use of cannabis during cancer treatment is what sparked the idea of 99 High Tide, Green said. When Green’s mother was diagnosed with breast cancer in 2007, the two visited several dispensaries to get the medication.

“I was just mortified,” Green said. “All of them were not a place you’d want to take your mom to. They were unwelcoming and made me feel like I was doing something wrong.”

A year later in 2008, Green opened her first dispensary — 99 High Art Collective — on Abbot Kinney in Venice. The dispensary was combined with an art gallery, creating the first upscale dispensary, according to Forbes. Now, Green owns the only dispensary in Malibu, 99 High Tide.

As for Green’s mother, Green said that 12 years after her diagnosis and using cannabis solely as her medicine, she is cancer free and a world traveler.

While studies so far have shown cannabis can be safe in treating cancer, they do not show that they help control or cure the disease, according to the American Cancer Society.

Cannabis use is not limited to humans, as Green said she also treats the four-legged members of the community.

“Animals will use cannabis for the same things humans use it for,” Green said. “Dogs have cancer; dogs have anxiety. Now, a lot of veterinarians are turning to cannabis and CBD for pets because they see how beneficial it is for them, whereas drugs have terrible side effects and don’t always do the trick.”

Doing a study on the effects of cannabis on dogs is tricky. Marijuana is a Schedule I controlled substance according to the federal government. To do any clinical studies on its medical applications, researchers need to register with the Drug Enforcement Agency, get a special license, submit an application for the study to the Food and Drug Administration and obtain the marijuana from the National Institute on Drug Abuse, according to PetMD.

PetMD goes on to say that some veterinarians have been vocal on the benefits cannabis may have on dogs, whereas others take caution because it has not undergone the same testings that new medicines do.

Marijuana may not be a cure-all for all aspects of health. For users whose brains are still developing, marijuana may impair thinking, memory and learning functions, according to the National Institute on Drug Abuse.

Pepperdine alumna and psychiatrist Dr. Emily Bost-Baxter said adolescents are the most vulnerable and have the greatest risk of the negative consequences from marijuana. Bost-Baxter, who runs her own private practice and works at the Alcott Center, shared the effects marijuana may have on mental illness.

“We have no research that shows marijuana is helpful for mental illness,” Bost-Baxter said. “The research shows that it can worsen depression, anxiety and increase thoughts of suicide and suicide attempts.”

Along with age, dosage is a factor that Bost-Baxter urges others to consider. She said those who use marijuana daily will face more of the negative side-effects.

Thirty percent of those who use marijuana have some degree of marijuana use disorder, which is often associated with dependence or a feeling of withdrawal symptoms when not taking the drug, according to the National Institute on Drug Abuse. Those who use before the age of 18 are four to seven times more likely to develop a disorder. Bost-Baxter said the addiction is both mental and physical, along with the withdrawals.

“I see withdrawal symptoms when a chronic user stops,” Bost-Baxter said. “The mental part of withdrawal occurs when the user feels like they need it. Physically, withdrawal symptoms can look like irritability, anxiety, insomnia or sleep disturbance, headaches, and restlessness. Really severely, we can see chills, fevers and hallucinations.”

Marketing and minimal research contributes to the public’s lack of knowledge on the different aspects of marijuana, Bost-Baxter continued.

“Medical marijuana is mostly a business term; it’s just marijuana and it’s a marketing strategy,” Bost-Baxter said. “It’s not like a medication where you have a dosage and a prescription for how long you should take it to get better — we don’t have any of that research.”

Overall, Bost-Baxter emphasized having a conversation about effects of marijuana, rather than assuming it can always be used as a treatment.

“I’m not arguing to make it legal or illegal,” Bost-Baxter said. “I think it just needs to be treated more like alcohol; we need to have a more balanced approach to understanding it and its potential public health and personal consequences, rather than it being seen as a cure-all answer.” 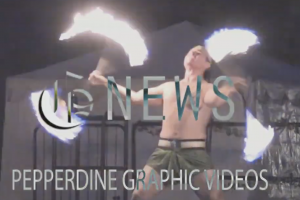 ALOHA!! Hawaiʻi Club hosted their 19th Annual Lūʻau!   Tickets sold out, but if you missed it- we have...
Copyright 2013 Jupiter Premium Magazine Theme
Back to top