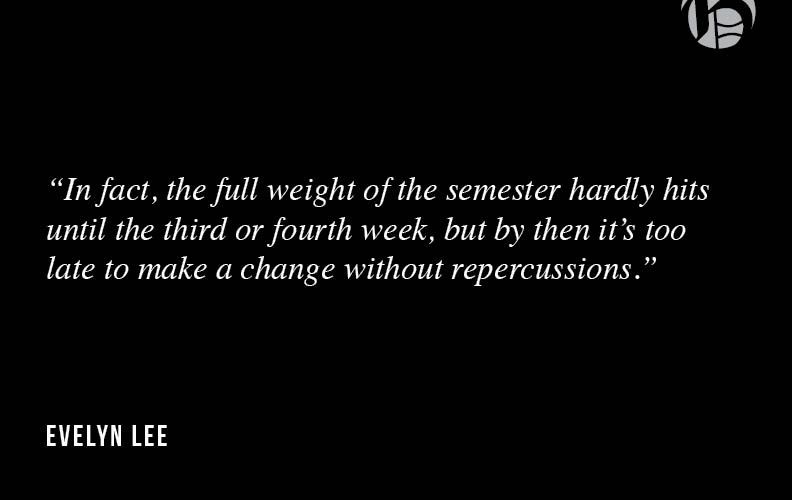 A lot happens during your first week of school. You go to your first classes, start the semester’s activities and generally begin to understand what kind of mess you’ve gotten yourself into. Pepperdine students are notorious for overcommitting themselves, and the first several weeks are when that reality begins to set in. At some point, generally around the three or four-week mark, many students realize they need to start cutting something out –– sometimes it’s work or a club –– other times it’s a class.

However at Pepperdine, after the first week, undergraduates can’t add any new classes, and dropping a class results in a permanent W on one’s transcript.

Although Pepperdine isn’t unique with this policy –– LMU and Notre Dame have the same one –– it’s better for Pepperdine to follow the example of other schools such as UCLA and USC and have an extended add/drop period. At UCLA, depending on the class, students have until the second or fourth week to drop classes –– without receiving a W –– and the second week to add. USC students have until the end of the third week to add a class, and the end of the seventh week to drop, without receiving a W.

This benefits their students by allowing them more time to see if their current schedule is challenging enough or too challenging for them, and also gives them the chance to add or drop with no further repercussions other than the classwork.

But as a counter, generally, if a student is going to drop a project-based class at the expense of his or her teammates’ goodwill, then their reason may be something bad enough that they would drop regardless. That should be penalty enough. In addition, students who add a class later on during the semester do so knowing they’ll need to catch up. The onus is on them. Any distraction that it may prove to be for other students would be there whether the new students came in the second week or the fourth week.

I’m not saying that the add/drop period should be extended by months, but a week is too short. Classes that meet weekly only meet once during that time –– one meeting is rarely enough time to determine the rigor of the class. In addition, the first week also tends to be the easiest. The first class is generally dedicated to the syllabus and the next one or two ease into the semester. We’ve entered into an age where for many majors, especially in business, having an internship during the school year is either expected or required for graduation. Students whose internships don’t start until a week or so in don’t have a full grasp on what their semester will entail. In fact, the full weight of the semester hardly hits until the third or fourth week, but by then it’s too late to make a change without repercussions.

Which is why, even if it’s only for an additional week or two, Pepperdine should extend its add/drop period. 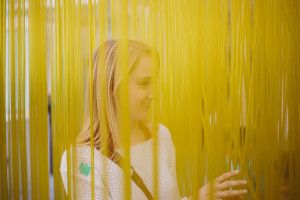 Photos By Matt BentonLA can be a bit daunting to anyone, new to the area or not. There's so much to explore, and in the case...
Copyright 2013 Jupiter Premium Magazine Theme
Back to top