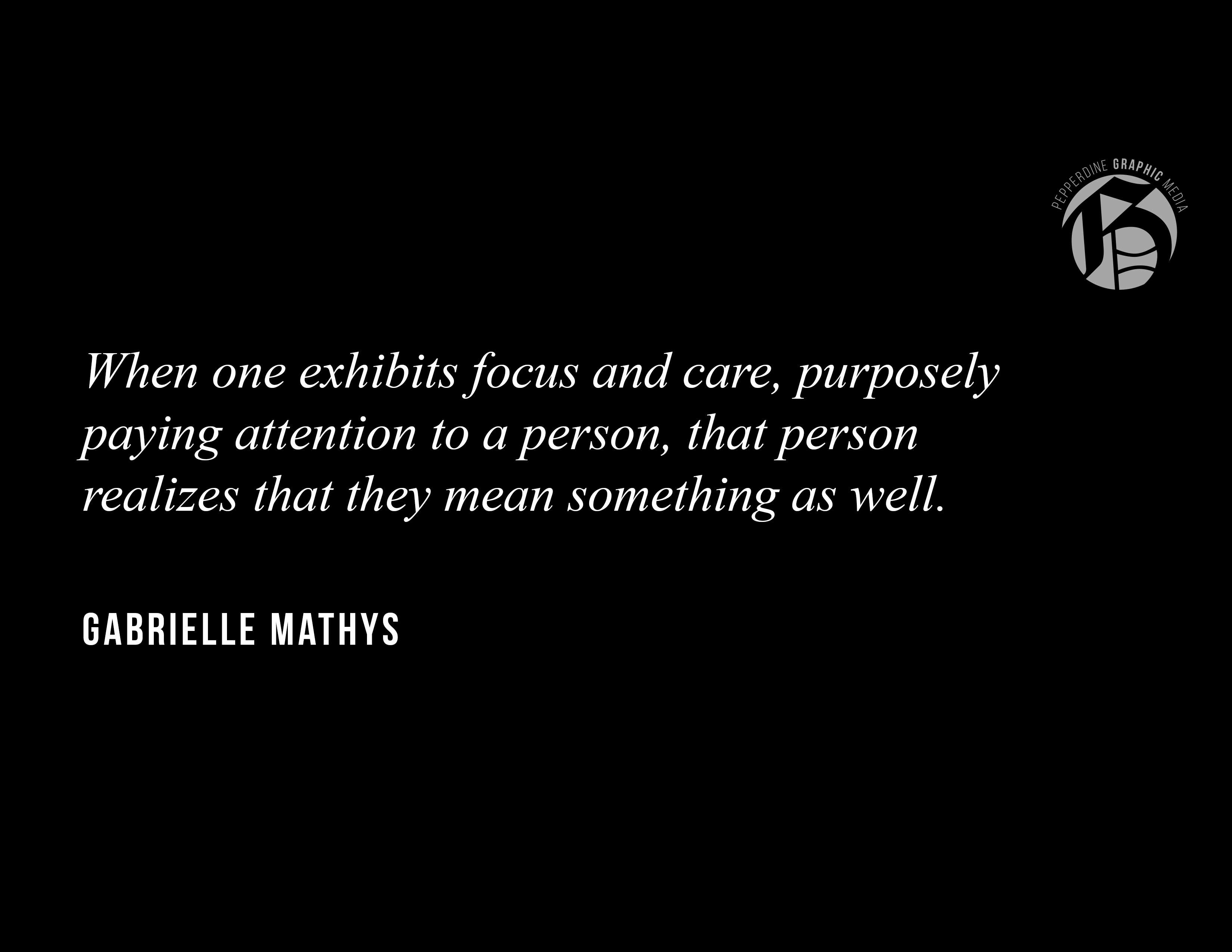 Listening is an important skill that creates understanding among people and shows that they matter. Every person should learn to listen effectively as it will improve the quality of their relationships with others and make them more desirable to work with in classrooms and in future careers.

A person shows they care by listening to others. By devoting attention to others and demonstrating that their words matter enough to hold one person’s focus, a person can make those people feel like they are special.

Listening is also a sought-after skill in the workforce. “By listening with an empathetic ear, by putting ourselves in their shoes, and by maintaining an open mind, we develop a culture of enthusiastic and energetic teamwork,” wrote John Keyser in his article “Listening Is a Leader’s Most Important Skill,” published July 15, 2014 by the Association for Talent Development. If a person can prove that they listen well and accurately process the instructions that they are given, they show themselves to be a valuable commodity.

When a person listens with an open mind, that person can understand others and learn from them. “The speaker is using language to represent the thoughts and feelings inside her brain … and the only way you’ll find out [what they are] is by listening,” wrote Nancy Clark in her article “10 Steps To Effective Listening,” published Nov. 9, 2012 by Forbes. People can only understand each other if they listen without any preconceived notions.

True listening is more than just hearing what people say. To genuinely listen, one must focus on their body language and what words that they use. Bob Moulesong said that “being attentive to what the speaker doesn’t say is as important as being attentive to what he does say” in his article “Listening skills are an important part of effective communication,” published Dec. 19, 2010 in the Northwest Indiana Times.

To actively listen, one must try not to think of what to say next. Instead, they should try to picture what they are talking about. One should focus on the main points of the message. If they don’t understand, they should wait until the person pauses and ask them to clarify.

Learn to listen in a way that shows people that they matter. When one exhibits focus and care, purposely paying attention to a person, that person realizes that they mean something as well. Be the listener that people want to talk to and that lifts others up.