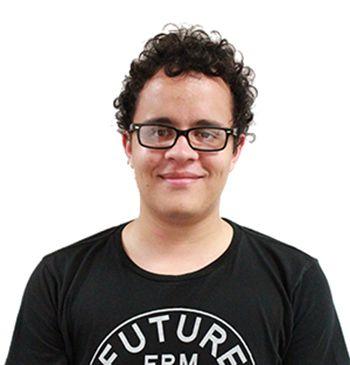 Associate Professor of Law Robert Anderson IV has created a calculator that can predict aspiring lawyers’ chances of passing the bar examination in hopes of raising awareness regarding the difficulty of different states’ bars.

After collecting data concerning bar passage rates Anderson found that the bars in all 50 states are entirely different.

Anderson set out to expose the difference in bar difficulties because of the lack of available information for law students wishing to see their chances of passing the bar.

“Students aren’t normally aware about the bar state differences because state bars don’t release much information,” Anderson said. “California has the hardest bar in the country — maybe Delaware is a bit harder, but it’s such a small state. You could have a 30 percent chance of passing in California, a 70 percent chance in another state. That information isn’t widely available.”

State bar differences are evident when looking at each state’s passage score. All states use the multi-state bar exam, a generalized multiple choice exam, but their passage scores are different. “

Even though the calculator is still in its experimental phase, it is already publicly available on Anderson’s blog, witnesseth.typepad.com.

The calculator requires users to enter LSAT score, law school’s rank, approximate class rank and the state where you will take the bar.

The calculator was created by determining the relative difficulty of the states’ bar examinations, taking into account the median LSAT and bar passage results of each state. For example, a state that has high LSAT scores and low bar passage percentage has a more difficult bar.

Many students need to wait for bar passage results to get a job, and if they end up failing, both their existing and future jobs can be in danger.

“When you fail, it’s not only the psychological harm you receive from that, but it also sets your career back at least six months, assuming you pass the next time,” Anderson said.

Anderson is hoping law school administrators will send him better data so he can calibrate the calculator to make more accurate predictions.

“The data I really need to do this correctly is unavailable,” Anderson said. “What I would need is the scores for individual applicants and their bar passage results across different states.”

In the future, Anderson hopes to refine the calculator with additional analysis and data.

“What we will probably do is go around [to] the bar associations and the law schools and the candidates themselves and ask them for the information at some point,” Anderson said. “We’re at the very early stages of planning a large scale survey.”