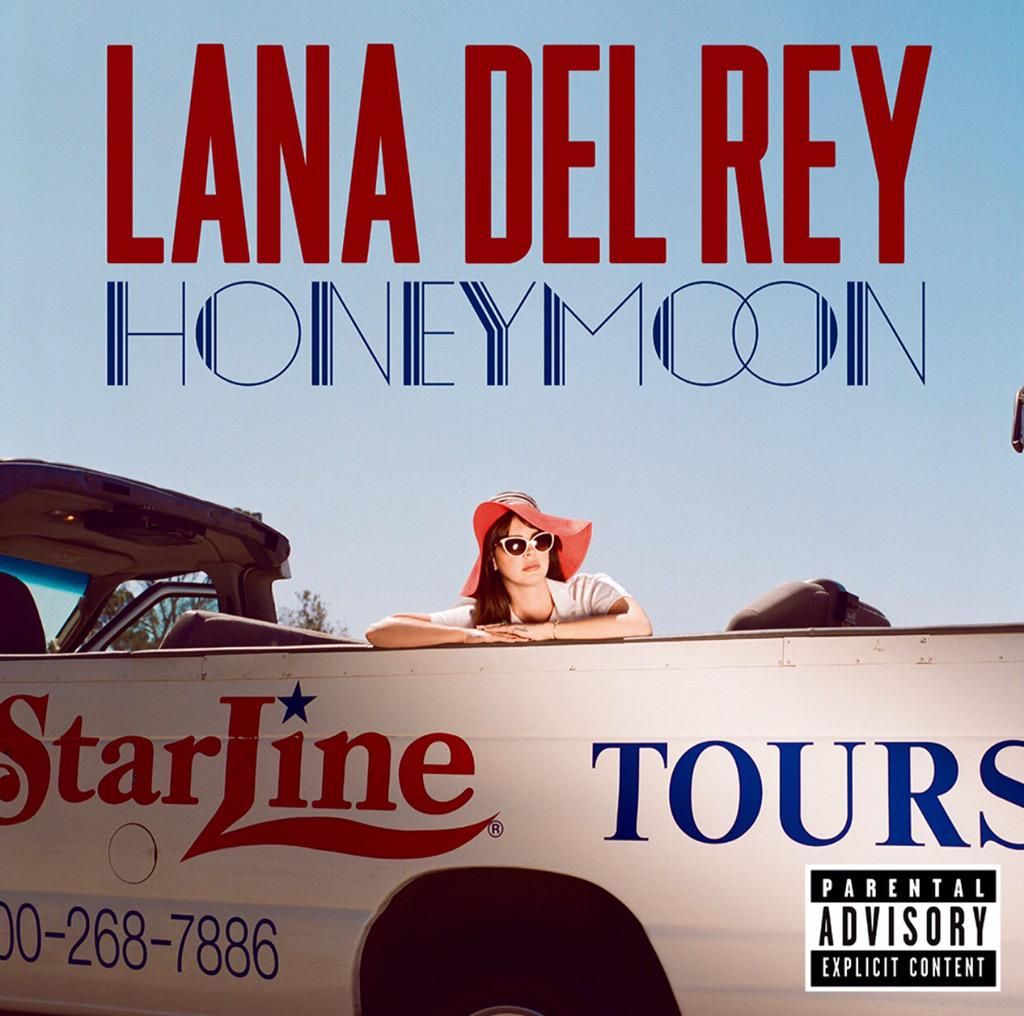 You probably already know if you’ll like Lana Del Rey’s newest album, “Honeymoon,” before you even listen to it. Outside of Kanye, there have been few artists in recent memory who are as polarizing as Lana Del Rey. Her critics deride her as being shallow, trashy and melodramatic. Her fans would say they love her for the exact same reason.

I’m just going to let you know for the sake of transparency which side I’m on: I have adored Lana Del Rey ever since I heard her debut single “Video Games” in late 2011. And I love both of her two previous albums, “Born to Die” (2012) and “Ultraviolence” (2014), albeit for completely different reasons.

While each features Del Rey’s character in full force — the now iconic, trashy-yet-classy, early ‘60s-worshipping druggie, who constantly falls for the bad boys — it’s the musical elements that really create a unique sound for both. “Born to Die” featured trip-hop beats mixed with lavish orchestral production and was an incredibly unique sound at the time. Meanwhile, “Ultraviolence,” produced by the Black Keys’ Dan Auerbach, felt like an entire album full of James Bond themes. It was big, bold and unapologetically old school.

So why does “Honeymoon” leave me cold? It seems like not everyone has agreed with me on this; most critics seem to praise it as her best work to date. But I feel the opposite. “Honeymoon” isn’t bad by any means, but it certainly lacks the spark of her past two albums.

Let’s start with what distinguishes “Honeymoon” from “Born to Die” and “Ultraviolence.” Each Lana Del Rey album has a certain mood, and instead of preppy trashiness or old school bombast, “Honeymoon” is like a drug-addled haze the entire time, as if she hit the cough syrup especially hard this time around. There is one track here that sounds remotely upbeat, and unfortunately it happens to be the worst song on the album. “High By the Beach” tries to recapture that “Born to Die” sound, with rap-influenced production and a white girl, fake gangsta-posturing, but it lacks any sense of oomph. At least “National Anthem,” a similarly trashy song off “Born To Die,” and the fantastically ridiculous “F–ked My Way Up To The Top” from “Ultraviolence,” had driving energies to the production — and she actually sounded like she meant what she was singing. Del Rey just sounds like she’s taking a nap on “High By the Beach.”

And that’s the problem with most of “Honeymoon” — it’s just too sleepy. Sure, it works as background music, and I’m OK with an album full of ballads, but there has to be some sort of driving emotion behind them.

For comparison’s sake, one of my favorite albums of this year so far is Sufjan Stevens’ “Carrie and Lowell.” It’s entirely made up of acoustic ballad songs, something I normally cannot stand. But it works there, because it’s driven by strong emotion: grief and confusion over his mother’s death. Furthermore, the melodies were gorgeous,; and for the most part on “Honeymoon,” the melodies don’t quite work. They all sort of feel half-formed and meandering. And there isn’t much emotion at all.

That’s not to say there aren’t some definite bright spots. The second single, “Music to Watch Boys To,” actually utilizes the album’s hazy mood effectively, turning the chorus into a giant, harmony-filled echo chamber. It’s almost shoegaze. “Freak” is the closest “Honeymoon” comes to recapturing the “Ultraviolence” spy-movie vibe, although it has a much more sinister feel. And on the flip side, the G-funk synths and trap drum machines of “Art Deco” sound like a Californian adaptation of “Born to Die” (and the wonderfully goofy “gangsta” lyrics help lighten the mood: “You’re so ghetto/you’re looking to score” — never change, Lana Del Rey).

The moments in which the album doesn’t work are when she falls back on certain lyrical cliches. Now, all Lana Del Rey lyrics are at least 98 percent cliche; that’s just her schtick. But there’s a huge difference between enjoyably ridiculous cliches and simply boring ones. And unfortunately, the latter describes a decent chunk of this album’s lyrics, as well as the production.

So overall? It isn’t a disaster by any means; if you prefer your music slow and smooth, you will love “Honeymoon.” But for someone like me, who still gets chills listening to “Born to Die” and “Ultraviolence,” “Honeymoon” just leaves me tired.