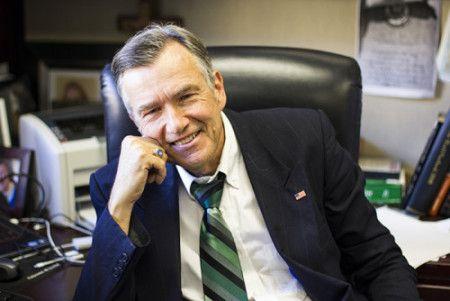 Douglas Kmiec, former U.S. ambassador to Malta and current Pepperdine professor of constitutional law, will run as an independent in the 26th Congressional District race.

Kmiec will face incumbent Julia Brownley (D-Thousand Oaks), Jeff Gorrel (R-Camarillo) and Rafael Dagnesses, a Republican candidate. The two winners from the June 3 primary will move on to the final election in November.

Kmiec announced his intent to seek public office via a Facebook post last Wednesday. The first sentences read: “Thanks to my many friends who have asked me whether I intend to seek public office. Yes, I am. After a lifetime of supporting Democratic and Republican candidates, I am taking up the challenges that confront our nation directly.”

The 26th Congressional District includes the majority of Ventura County. Some of the cities included are Oxnard, Ventura, Thousand Oaks and Westlake Village. In an interview conducted on Thursday, Kmiec said he is running because the Holy Father — Pope Francis — is a source of inspiration.

A devout catholic, Kmiec said he is running as an independent because it’s an honest label for someone who has supported democrats and republicans in the past. Kmiec served as a constitutional lawyer under the Reagan administration and supported President Obama in the 2008 U.S. presidential election.

Kmiec said that if he were to win the election, one of the first things he would “roll his sleeves up for” would be a push for a sensible immigration law and a vastly improved education initiative that would address “the needs of modern job responsibilities” and the imbalance in wealth distribution.

Kmiec said that if he wins the election, he would hope to be considered as an option to become the vice-president in Hillary Clinton’s 2016 presidential campaign.

“I see it as an outside possibility … The idea of running for Congress is to put myself in a position where I’m able to both lead in the interim while she’s running for president and be ready for greater responsibility should that be God’s blessing and his wisdom,” he said. Kmiec’s blog further explains how the U.S., in his opinion, is “Ready for Hillary.”

The full interview, including comments from President Benton, will be released in the Jan. 23 edition of the Graphic. In the article, Kmiec discusses botched U.S. foreign relations, American security, the possibility of vice presidency and his past as a U.S. ambassador. 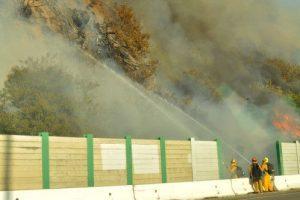 Photos by Michelle Telford Northbound lanes on PCH have been closed at Sunset Boulevard due to a brush fire. Southbound...
Copyright 2013 Jupiter Premium Magazine Theme
Back to top