Editor’s Note: Douglas W. Kmiec, Pepperdine Caruso Family professor of constitutional law and retired U.S. ambassador to Malta, knew U.S. diplomat Chris Stevens who died Tuesday night in an attack on the U.S. Consulate in Benghazi, Libya. The Benghazi assault also killed three other Americans. He responded to the incident in a letter to U.S. Secretary of State Hillary Clinton. Kmiec also shared his letter with The Graphic.

The news of the loss of our colleague, Ambassador Christopher Stevens, is as disappointing as it is disheartening. It was my privilege to get to know Chris during the period of the Arab uprising as his transit to and from Benghazi several times meant a stop at our embassy in Malta. My deputy at the time, Richard Mills, had worked with Chris in a prior assignment, and before Chris arrived at our Embassy, I asked Rick to brief me on his background. The brief was glowing, of course, of a young, vibrant Arabic speaker with great empathy for those forced to live in violence or under politically repressive circumstances such as existed in Libya under Gaddafi. Chris’ willingness to enter Libya during the period of revolt and tumult in order to give the United States an objective and realistic assessment of those seeking to free themselves from the unpredictable and unconscionable prior regime was nothing short of “courageous” as President Obama described it himself upon learning of the shocking news of Chris’ assassination and the murder of several other Embassy personnel.

After his visits to Malta during his weeks as Libyan envoy in 2010, we adopted an almost regular routine at our morning meetings of inquiring of the latest cable or satellite phone communication from Chris, and of course, I ended each of those inquiries with a heartfelt prayer from our Malta country team for his safety – something I can tell you all in Embassy-Valletta had in mind given our own Embassy’s role in rescuing U.S. personnel caught behind the line of fire during the revolt. Throughout his service as envoy, our Defense attache and station chief fully briefed Chris on the dangers he faced as an envoy. Chris never once flinched.

My lasting memory of Ambassador Stevens will be of him enjoying a brief moment of respite in my residence in Malta and exhibiting that infectious California smile of his. It was a smile of welcome, of optimism, of respect for the human rights and associated freedoms of all peoples. Those who mindlessly attacked and killed the Ambassador yesterday left us reason to grieve, but they should know and understand that the memory of Chris Stevens’ smile, and the values that it represents in the service of U.S. diplomacy cannot be extinguished or diminished. Indeed, while I know this profound and sad loss of these American patriots will necessitate a review of our relationship with Libya, you and I both know what Chris Stevens would contribute to that review: an optimistic confidence in the prospect for democracy in Libya and all of North Africa. Please permit me to affirm that judgment by offering to be of any assistance to you in the Embassy in Libya or otherwise in the region. My friendship and admiration for Ambassador Stevens could call for nothing less.

Thank you for permitting me to express these thoughts to you. I would ask that you forward this letter in the packet of condolences that I know the Department will pour from its heart for the Stevens family.” 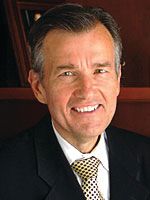 UPDATED: Sept. 15 at 9:28 a.m. More than 70 acres were burned in what is believed to be a brush fire that started around...
Copyright 2013 Jupiter Premium Magazine Theme
Back to top