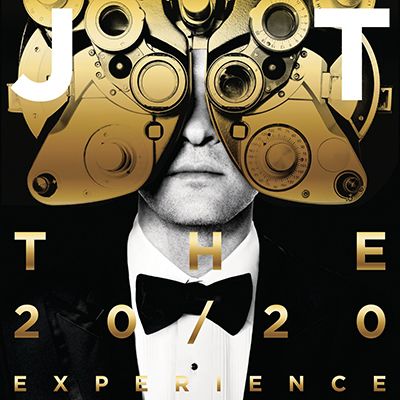 If you asked me 10 years ago if I would be excited about a new Justin Timberlake album, I probably would have laughed in your face. And yet here I was, eagerly anticipating JT’s newest album, “The 20/20 Experience 2 of 2.” How strange this world can be, when an admitted ‘N Sync hater like myself has come to appreciate the group’s most dynamic member as one of today’s better acts in pop and R&B music.

The album is the spiritual successor to JT’s previous release “The 20/20 Experience,” which saw the artist return to the industry that made him a household name after a brief hiatus spreading his wings in the Hollywood film world. “The 20/20 Experience” was an album that mostly celebrated the joys of life, with songs like “Suit and Tie” creating an upbeat energy that melded well with the fun-in-the-sun atmosphere of its summertime release. This time around, JT has shifted his focus ever so slightly with the sequel to his summertime release leaning toward a darker, dramatic vibe more suitable for the upcoming winter.

That’s not to say that the album doesn’t have its share of energetic pop tunes that will ensure a dance pable good time. It moves away from the caveats of finding love and toward the pains of losing it. Songs where JT can push the boundaries of his voice to bring to life the emotional pains dealt with in his lyrics are the points where the album shines most. The track “Drink You Away” is a country-inspired fusion of rock and pop that allows JT to flex the grittier side of his singing, while “Amnesia” is a break-up song that brings out the same bad attitude that made “Cry Me A River” an instant hit. The typical party-pop, radio-friendly songs are still present on the album, such as “Murder” and the album’s first single “Take Back The Night,” a funk-influenced dance track that plays out as the most light-hearted song on the album. These tracks help pace the album and allow it to avoid being a wholly melancholy affair.

The production on the album is also top-notch, with most of the work being done by long time collaborator Timbaland and Jerome “J-roc” Harmon. Beats are eclectic, constantly changing mid-song but rarely ever shying away from the fast, energetic tone that is a constant for the album. Songs like “True Blood” utilize a wide range of sound effects that would sound out of place on their own but are blended together expertly to create a unique sound.

Interestingly enough, there are only 11 official tracks on the album, but many of them run much longer than typical pop or R&B songs do and are constantly evolving in sound and style to keep them interesting throughout. The songs on the album blend into one another as well, making “The 20/20 Experience 2 of 2” an album that’s best listened to in order from start to finish.

What a strange world indeed.