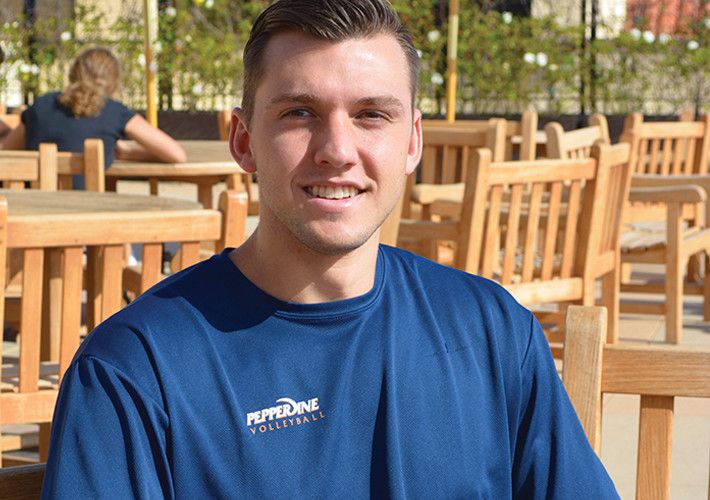 When senior outside hitter Josh Taylor was in ninth grade, he never thought volleyball was a sport that would take him through college. His mother forced him to go to practice. He hated it to the point that crying after practice became a routine.

“My mother said I could either get a job or try out for the volleyball team because my main sport, which I played since I was five, was basketball,” Taylor said. “So I said: ‘OK, I’ll try out volleyball.’”

Today, Taylor is one of the stars behind the No. 4-ranked Waves, having started every game in the season and carrying the team to an impressive 17-4 record so far. He is the 18th player in the history of Pepperdine to reach 1,000 points.

His volleyball journey to Pepperdine started at Punahou high school in Honolulu, Hawaii. His high school coach, who recruited him to play for the Ku’ikahi volleyball club, first spotted Taylor’s talent.

By the time he was a sophomore in high school, Taylor was already recognized as an all-state first team selection player, leading his high school to the state championships in 2009 and 2010. From then on, he took his talent to the next level.

“My high school coach played volleyball here [Pepperdine] when he was in college. He knows our head coach Marv Dunphy,” Taylor said. “I was improving and getting better so I started talking to colleges. The last school that recruited me was Pepperdine. It was always the school I wanted to go to. The coaches are just legends, and you’re playing for a really storied program.”

Like any athlete, talent is not always enough. Taylor’s success is also the fruit of good team chemistry with his senior teammates Matt West, Nikola Antonijevic and Matt Tarantino, which stems all the way back to their high school days. When they were looking to play at the college level, Taylor suggested they should all come to Pepperdine and excel in their respective careers together. His suggestion has paid off numerous times.

“We’ve been growing as friends as well as volleyball players,” Taylor said.

The Waves’ superior team chemistry made the difference in the game against BYU last Friday. Taylor topped the scoring sheet with 20 points and teammate West achieved career-high 68 assists to give the Waves the 3-2 win.

Taylor is a Psychology major, and he said staying focused is the most important thing. Although he intends to pursue volleyball even further, Taylor will be going to John F. Kennedy University for graduate school to study Sports Psychology, a field his father also pursued.

“This graduate school I can do all online. It doesn’t matter where I play, I can just continue my education,” Taylor said.

From the way things are looking, he has a bright future ahead. Taylor played for the USA’s junior national team as well as the national Pan-American team, but he wants to go even higher.

“The number one goal is to play for the USA team,” Taylor said.

As for his future plans, Taylor said he wants to play professional club volleyball. However, due to the lack of teams in America, he said that his future lies overseas. Italy, Russia, Germany, Spain, Japan and China are all potential candidates. But one country in particular caught his attention.

“The Pepperdine team played a tournament in Korea this summer before school started, and I fell in love with Korea,” he said. “The people are just really friendly. Everyone was so kind. They take volleyball seriously there and really support their athletes.”

As a Christian, Taylor ‘builds his relationship with God as a means of coping with the anxiety and the stress of being a Division I athlete” he said.

He said it is a lot easier to go about his life when there is someone watching over him. Taylor said he is also thankful for playing the sport he loves in such paradise-like locations Hawaii and Malibu, but he is confident that God has even greater plans for him. 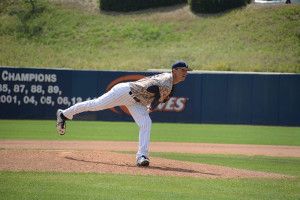