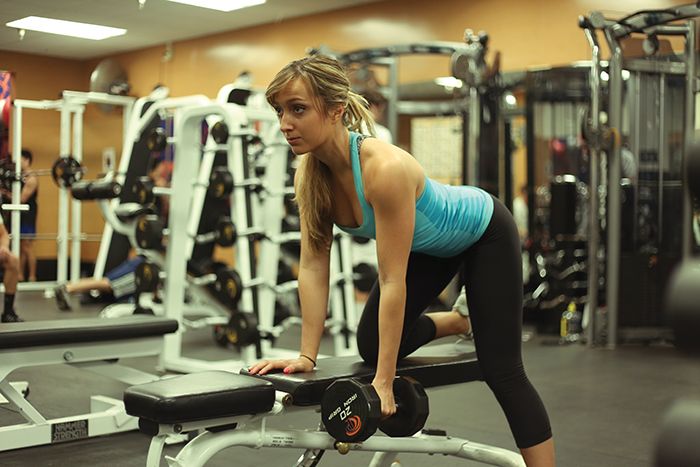 The thought of a body builder may seem intimidating to most. However, upon meeting junior Britiana Andrade it is immediately apparent that there’s nothing to fear.

Andrade is an Organizational Communication major from Mountain View, California. After transferring to Pepperdine last fall from a community college near her home, she pledged Kappa Alpha Theta. This 5-foot-3/4-inch nationally ranked competitor shared her passion for lifting and all aspects of the fitness industry.

As a teenager, Andrade dedicated all of her time to gymnastics at an elite gym in her area. But after she tore her hamstring in four different places, her career ended and she moved on to playing varsity softball for her high school.

Her parents set her up with a personal trainer at the age of 13 to build her smaller physique. Something that started as a precautionary measure soon turned into a full-blown passion and career.

“Once I started lifting, I mean, it was just amazing,” Andrade said. “I fell in love with it right away, every aspect of it.”

Andrade explained a typical rigorous day in the gym between competitions. On top of the 30-minute cardio she does five days a week, she will lift for up to two hours depending on which body part she’s scheduled to work on that day.

At peak performance she is able to squat weights more than 150 pounds. However, instead of dreading her future workout she beams with excitement. As she gave detailed accounts of her upcoming leg day, she almost burst out of her chair with eagerness.

Leg day: A day publicly dreaded by many happens to be her favorite, which only further proves her love for what she does.

Andrade has competed in a total of five competitions over the past couple of years. Being one of the youngest competitors, she has competed against those who have been invested in this sport longer than she’s been alive.

The dedication Andrade has poured in to her bodybuilding finally paid off when she was awarded the title of Teen National Champion in July of 2014.

“I was like, ‘Thank God!’” Andrade said. “I got first, finally. It was like a little confidence boost.”

She said the hardest part about the entire show preparation process is not the high intensity workouts or the pressure of the actual show itself, but it is the crucial dieting that takes place in the three months before a competition.

As she explains her rigorous meal plans, it is plain to see the dedication she puts in to her sport. She said the simple thought of Oreos after show day is what motivates her to abstain from cheating.

“I don’t care, I’m having pizza after this,” Andrade said while discussing her pre-show routine. “And doughnuts. So I’m just happy with that.”

Andrade does not hesitate to offer helpful tips to those interested in picking up this hobby. Her most-stressed tip would be the importance of setting goals.

She described how setting small, achievable goals for yourself helps to motivate your growth. When you are able to meet goals, it helps in pushing you farther and farther.

“You have to think, ‘Today I know I bettered myself,’” Andrade said. “Even if you don’t see it, you are better.”

One tip Andrade gave in relation to running long distances was country music. While she runs, she will listen to country music because of the stories it tells.

She said that as she runs she will let herself escape into the story of the song, and before long she has run the distance she set for herself.

Other artists on her workout playlist include G Eazy, Metallica, Black Sabbath and Down With the Sickness.

As a Communication major, Andrade said she dreams to work on the corporate side of the fitness industry as a representative of a major fitness company.

Being surrounded by fitness her entire life, from her parents’ influence to her own involvement, she knows this industry is ultimately where she belongs.

What’s next for Britiana Andrade? Not only is she planning her preparation for upcoming shows, she also plans to earn certification to become a trainer in order to share her love of health and fitness with those on campus and in the Malibu area who seek help. 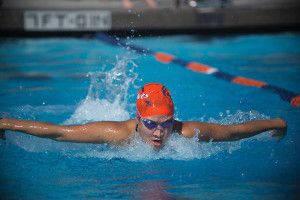