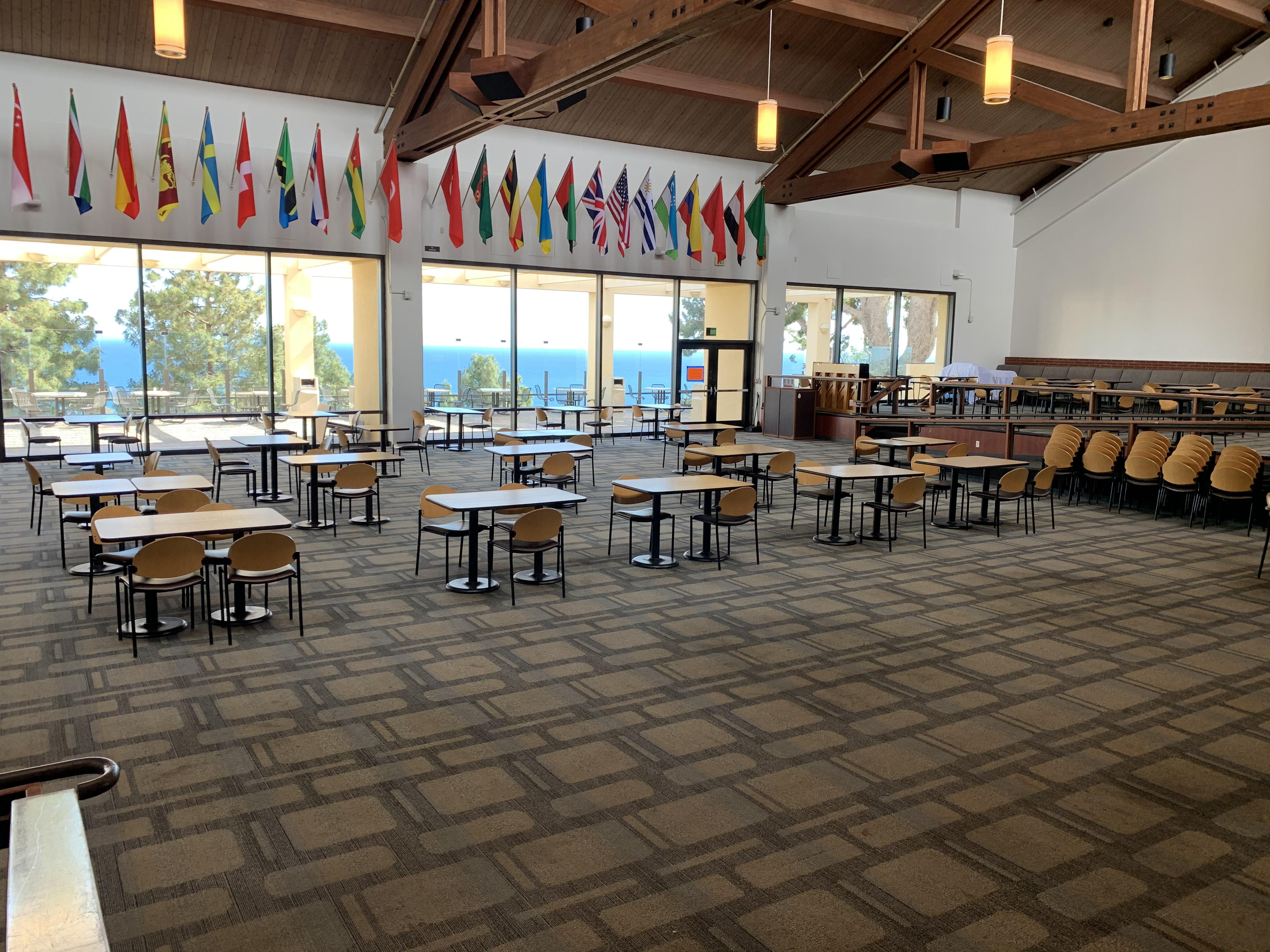 Time lapse video shows barely anyone in sight at Pepperdine on March 23, one week after students were required to move out due to coronavirus concerns. Video by Vernie Covarrubias & Kayiu Wong

Now that almost all students have moved off campus, the university is a ghost town: buildings are completely empty, not a soul can be found on main campus and most in-person operations are closed.

Students had until March 15 to move out of university housing after Pepperdine announced the rest of the semester will be completed through online classes due to COVID-19 concerns. After California issued a statewide stay-at-home order, administrators further shut down university operations March 20 by closing all libraries, graduate campuses, bookstores and allowing access only to essential personnel. As of March 25, 189 students remain on campus.

Larkin, one of the students who still live on campus, said she applied to stay in her Drescher apartment to avoid complications that taking remote classes would bring as an international student from Melbourne, Australia.

“It’s going to be really difficult doing classes online at home with an 18-hour time difference,” Larkin said. “Also because I’m a senior, it’s my last five weeks to live in Malibu, and I was hoping I would be able to still see my friends as things got better, but it’s not looking like they’re getting better anytime soon.”

Director of Housing Operations Robin Gore wrote in an email that Housing and Residence Life (HRL) received around “1,000 students seeking an exception from the original move out date.” As of March 12, a total of 804 students received exceptions to remain on campus.

Gore wrote that after HRL approved students to stay in their university housing, many “made other decisions in the few days it took to process the appeals,” either pulling out of the process themselves or finding other housing options.

After students were required to leave March 15, only 555 remained at Pepperdine.

For those who did stay, life on an empty campus has been more challenging than expected.

“I’m not gonna lie, it’s been really rough,” Larkin said. “All my roommates went home. It was very lonely for a while.”

Larkin got new roommates this week after HRL relocated some students to consolidate space, but the closing of campus spaces outside her apartment have made it difficult to stick to a normal routine.

“The closing of the library has been the hardest thing because I’m not great at studying in my room,” Larkin said.

Ultimately, Larkin plans to return to Australia this week out of fear that travel restrictions could prevent her from getting home in the future. Australia already closed its borders to foreigners and travelers who are not permanent residents.

Senior Matthew Paster, another student still at Pepperdine, agreed life on campus is no longer the same.

“It’s the most quiet I’ve ever seen Pepperdine,” Paster said. “Pepperdine is usually a quiet place regardless, but it’s so empty and kind of lonesome at the same time.”

Paster plans to remain on campus until the end of the semester. He initially lived in Lovernich but was moved to Drescher by HRL. Paster said he believes staying quarantined on campus is a safer alternative than returning home to South Los Angeles.

“If I were to go back home, it’d be much higher risk of me catching [COVID-19],” Paster said. “I don’t really care about me getting it, but I am worried because my parents are older. If I were to give it to them, I don’t know how well they would be able to fight it off.”

After Pepperdine announced new campus policies due to California’s safer at home measures, 30 students who were approved to stay on campus moved out over the weekend, Gore wrote in an email to the Graphic.

Seniors Nicole Koski and Jill Butta were among those 30 students. They were roommates in the George Page Apartments and initially wanted to stay on campus to continue their internships with Malibu Pacific Church.

When Malibu Pacific Church closed their non-essential offices after the statewide stay-at-home order, both Butta and Koski reconsidered their decision. Butta said part of the reason she chose to return home was the campus’s emptiness.

“Although Pepperdine is this really beautiful place, it’s really the people that make it,” Butta said.

Butta said although not having community on campus felt lonely, she appreciated HRL’s efforts to offer support to students who remained in their dorms.

HRL hosted a Zoom Q&A session March 19 with residential students to discuss what resources were still available on campus and what the future could look like if COVID-19 restrictions were to escalate.

“They were like, ‘It might come to the point that we’re gonna have to deliver food to the rooms,’” Butta said.

The uncertainty of the future led Butta to return home to her family in Brentwood, California, and Koski to pack up and drive 16 hours to her home in Corvallis, Oregon.

“It seems like everything is changing daily, and I would rather be proactive about going home and being in a safe and secure environment than wait until it’s too late,” Koski said.