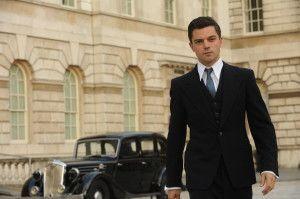 Writer Ian Fleming once said, “everything I write has a precedent in truth.” This intriguing insight by the late author sets the stage for the four part television miniseries “Fleming: The Man Who Would Be Bond.”

Fleming is widely known as the creator of James Bond, literature’s most endearing secret agent. It is the author, rather than his fictional creation, that is the focus of the dramatized television series that premiered on BBC America on Jan. 29. The series portrays the life of Fleming and the ways in which his experiences as a womanizing World War II intelligence commando have influenced his iconic character.

The series is an ode to the classic spy thrillers that Fleming created, but differs in that it portrays a more fragile and exposed protagonist than the one characterized by Fleming’s Bond. This tone is set from the opening moments of episode 1, as the audience is cast onto an exotic beach off the coast of Jamaica with a beautiful woman, revealed to be the author’s wife Ann O’Neill, portrayed by actress Lara Pulver (Da Vinci’s Demons, Sherlock). O’Neill criticizes her husband’s first draft of what would be James Bond’s first literary appearance – Casino Royale, and Fleming, portrayed by actor Dominic Cooper (The Devil’s Double, Captain America: The Winter Soldier) is aghast when his wife accuses the protagonist of his tale of being unabashedly based on himself.

“He’s not me,” says Fleming, to which his wife replies, “You as you’d like to be? Your fantasy? Is that who he is?”

The scene shifts to 13 years prior at the outset of World War II, and the series progresses, showing how Fleming would go on to create the world’s most renowned fictional spy. The remarks made by his future wife in the series’ introduction serve to highlight what drives Fleming, who is shown to be a wealthy London socialite trapped in the shadow of his father’s and older brother’s accolades. The series pays homage to many of the tropes found in Flemings Bond novels and associated films, but are twisted in a way that paints Fleming as a man trying to live up to his own imagination.

Fleming speaks as smoothly and suavely as 007, but rather than convincing and persuading, he is mocked and disregarded. He pulls in women as effortlessly as Bond does, but they cause him grief rather than respite. And, in one humorous scene, he attempts to order a sophisticatedly complex drink (shaken of course), but is instead given a beer and a cold shoulder. Fleming drinks profusely, chases women with abandon and strives but fails to live a life of meaning, but is nonetheless capable of the charm and intelligence attributed to Bond himself, although Fleming’s use of his skills tends to land him in hot water more often than not.

This theme runs throughout the series, as Fleming tries desperately to be his version of the perfect man, but continuously falls short. He is witty, handsome, speaks a number of languages and is well connected, but lacks purpose and an outlet through which to properly exercise his skills. It is not until his unique skill set is brought to the attention of Naval Admiral John Godfrey, portrayed by actor Samuel West, that Fleming finds a purpose in his life, and he is subsequently conscripted by the Admiral to serve his country in the war against Nazi Germany.

In its second episode, the series portrays Fleming’s attempts to play by his own rules as a commander under Godfrey, constantly disregarding orders while being trapped behind the rigid confines of his wartime government, much to Godfrey’s chagrin. It is here that we first see the emergence of 007 in Fleming, as he attempts to use his wits and sharp tongue to politically maneuver his way through the war. Interestingly enough, Fleming fails as much as he succeeds, but his will and determination — in addition to his wildly crazy ideas — eventually win Godfrey over, giving him the opportunity to lead Britain’s intelligence efforts and finally allowing him a chance to utilize his imagination.

Fleming also begins a dubious love triangle between Muriel Wright, portrayed by actress Annabelle Wallis, and his future wife O’Neill. The series attempts to portray the two women as representing the purer and darker sides of Fleming’s lust, respectively, but the relationships mostly fall flat and serve as little more than sexual trysts between Fleming’s military endeavors. Although the love story seems meant to contrast Fleming’s womanizing ways with that of Bond’s, they often feel forced and too underdeveloped to create any emotional investment in the viewer.

Still, the series is brought to life quite well through intricate set design and wardrobe that feels true to the wartime 1940s. Unfortunately, most of the supporting cast falls short, and serve merely as interactions for the sake of the plot rather than being characters in their own right. Issues in pacing also plague the series, as the constant use of jump cuts to advance time leave some moments rushed and ultimately forgettable.

However, a stellar performance by Cooper, who is able to portray both the cool and collected side of his secret agent-turned-author as well as the fragile man within, helps carry the series through its first two episodes. Thankfully, most of the screen time is devoted to Cooper, and he is able to use his performance to keep things interesting,  allowing the audience to stay invested enough to see the series to conclusion.

“Fleming: The Man Who Would Be Bond” is at its core a character study, and although Fleming’s motivations for and emotional investment in his acts may be dramatized, they are nonetheless biographically accurate. It is an interesting tale of a man who lived a life that most attribute only to a fictional character, and the series does a great job of taking the viewer along for the ride.

The series continues with episode 3 premiering this Wednesday, and the series conclusion following a week afterwards. The final two episodes of the miniseries will see Fleming taking a more active role in the war and fully transforming into a real life 007. 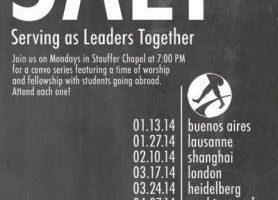