I am coming home 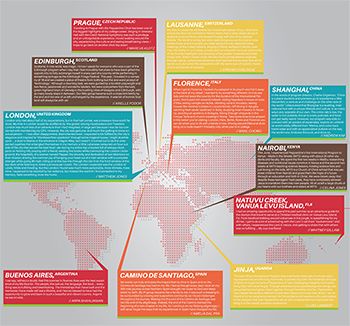 Looking out the window at the view of Lake Geneva on my first day in Lausanne, I wondered what the Lord had in store for me. He had already delivered me safely from my first plane ride ever and had given me an amazing roommate.

He brought me to Switzerland so that I could grow and learn to rely on Him. I already knew it was going to be difficult and would defy all my expectations, but the best part was that Jesus was there for me through it all. But it was hard. Oh, it was so hard. And at times I thought I was crazy for ever leaving the Pepperdine family I had back in Malibu to come to this unfamiliar place and live in a house full of people I’d only seen in passing.

Nobody warned me about culture shock or the struggle of making friends as a spring-semester-only student. I felt lonely without my best friends to confide in and longed for the closeness that I had with my friends back on campus. There were days when it felt like the greatest effort just to go downstairs to breakfast, knowing that I would be eating with people I barely knew.

The directors emphasized that as second semester students, we were not second-class citizens, yet it felt as though friendships had already been established. Memories were already formed, and there seemed like there would never be a place for me amongst them. But God showed his love to me through his little mercies: in peoples’ smiles, in their kind acts, in the way they showed excitement at our arrival. I remember the first day it finally felt normal, like that feeling that everything is going to be OK. Several girls took me into their group and we went grocery shopping and prepared a gourmet meal of chicken and special salsa. Then we laughed and sang and danced around the student kitchen as we cleaned up. In that moment, I knew I was with the right people in the right place. Even so, it took me a long time to feel at home.

At one point, my roommate pointed out that I must be going through culture shock. I was surprised to hear that because I hadn’t felt uncomfortable within the Swiss culture. I discovered that it was not the culture beyond the walls of our house, but rather the La Croisee (our hotel) culture itself that I was unaccustomed to. Somewhere along the way, the culture shock died away, and I began to look at La Croisee through new eyes, which led me to the point that I’m at in my life today. It has only been a few months since I was in Lausanne, Switzerland, and I don’t think I’ve fully grasped that I’m never going back. I almost don’t want to stop missing it because that will mean that the memories are fading. I’ve already had so many great experiences since I’ve been back in California, yet they’ve been tinted with nostalgia for life abroad.

The day I left Geneva on that 14-hour flight back to LAX, I questioned whether I was flying home or if I was really just leaving home behind. A friend of mine shared a quote with me by Miriam Adeney that penetrated my heart and has stuck with me throughout the summer. Adeney said, “You will never be completely at home again because part of your heart will always be elsewhere. That is the price you pay for the richness of knowing people in more than one place.” Part of my heart was left behind in Switzerland. That’s the problem with going abroad … and the blessing. 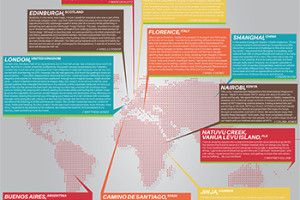 Art by Xander Hayes I still can’t believe that freshman year is already over, and I am days away from starting my sophomore...
Copyright 2013 Jupiter Premium Magazine Theme
Back to top