The restaurant scene in Malibu has drastically changed. Thai Dishes closed, and after almost 20 years of business, Howdy’s Taqueria will be closing its Country Mart location come the beginning of November, but relocating and renaming its restaurant to “Howdy’s, the Malibu Cantina.”

The Thai Dishes location (22333 Pacific Coast Hwy)  is up for sale, but it is unknown what business is taking its place, according to the City of Malibu’s clerk office. It is also unclear when and how long Thai Dishes has been closed.

The reasons for Howdy’s closing its Civic Center location by the beginning of November are twofold, partially due to economic troubles and partially due to his desire to expand business, according to owner Howdy Kabrins. Michael Koss, the Country Mart owner, and Kabrins have an understanding not to say anything perceived as contentious, according to Kabrins.

Kabrins said he is sad to see Howdy’s leave the Country Mart location but looks forward to the prospect of a larger restaurant space that will offer both indoor and outdoor seating, an expanded menu and even the possibility of beer and wine sales.

Freshman Fernando Grimaldo said he is sad that he didn’t get to experience Howdy’s in the way that most Pepperdine students have. “All of my friends love it here [the Country Mart location]. But it’s my first time here [at Pepperdine], so it saddens me because I won’t be able to experience everything that my friends have experienced here and talked about,” he said. 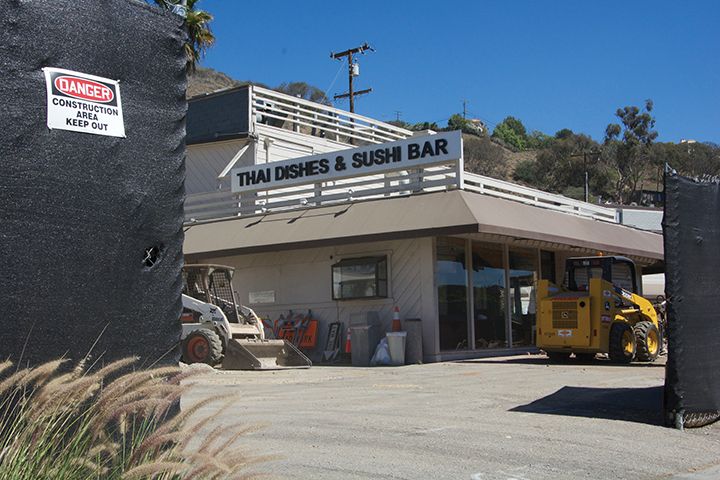 Kabrins said he has exciting plans for his new restaurant called “Howdy’s, the Malibu Cantina,” slated to open in 9 to 10 months. It will be located in the old Granita restaurant space at the Malibu Colony Plaza Shopping Center, which is located near Coogies Beach Cafe.

“The Malibu Cantina will reflect the Malibu lifestyle both in its recipes and nutrition but also in its style, romance and glamour,” Kabrins said. “We are aware of the ultra-high standards of all the special people who enjoy Malibu because of the unique lifestyle choices and love of nature and healthy eating.”

Su Rappaport, Malibu resident of more than 10 years and longtime Howdy’s customer, said she is excited about the idea of a restaurant in which she can sit down longer than 15 minutes. “We’re excited about the prospect of them opening a full-service location,” Rappaport said. “The Granita location now is an eyesore, so I’m really happy that someone is going to go in there and fix it up. It will be really nice.”

However, as much as Rappaport looks forward to a more luxurious restaurant, she said she “hopes that there are still places like this where we can plop down here. I have a grandson that I take here, and every time we pass here he says ‘Chips, chips!’ It’s a place where students can come. Who knows? Maybe the new location will stay open later or have live music.”

Howdy’s has been a key player in the Malibu restaurant scene for many years.

“The truth be told, we are very sad, but we are a very strong, tenacious and talented team, and as we close a chapter in not only our lives, but of all our loyal customers, we have many mixed emotions,” Kabrins said.