How COVID-19 Affects Pepperdine, California and the World at Large 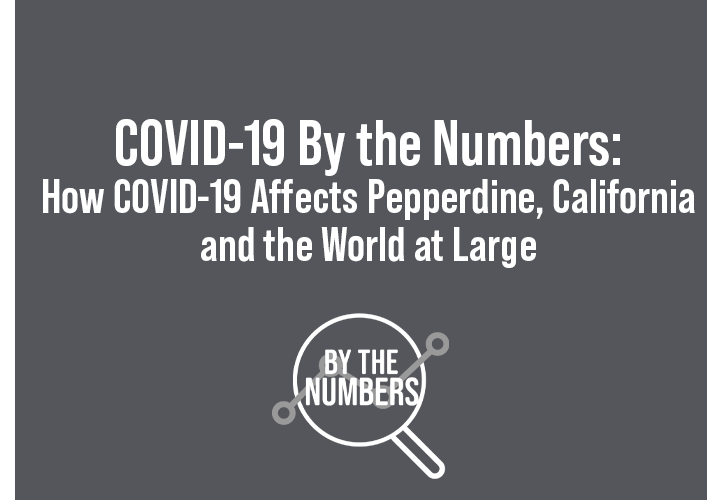 Since Pepperdine University officially closed its campus in March, COVID-19 has spread over Los Angeles, the U.S. and the world. The University’s decision on whether to reopen in spring 2020 depends directly on the LA Department of Public Health and the COVID-19 case numbers.

As of Nov. 1, Pepperdine reported 67 COVID-19 cases in the Pepperdine community, including students, faculty and staff. The locations of the cases range from LA to the rest of the world. Two faculty members, Professor Emeritus Wayne Strom and Professor James M. McGoldrick, died due to COVID-19 complications.

Pepperdine’s primary sources of information on the number of cases are the sick individuals who directly contact the University; the administration catalogs and routinely updates the number of COVID-19 cases through its website. The University’s page includes a dashboard containing more detailed numbers as well as a series of infographics on the spread of COVID-19 in the U.S. The page reports that 45 of the COVID-19 cases are students and the other 22 are employees. The page also states 28 cases occurred on campus and 39 occurred off campus.

“There’s nothing the state will allow us to do as far as reopening for higher ed,” said Jonathan Weber, Pepperdine’s director of Emergency Services. “LA County has told us that right now, we’re going to be online for a bit.”

The University published a Restoration Plan outlining the actions Pepperdine has and will take to reduce the number of cases within the campus and community. This comprehensive plan of action delves into seven major topics, including testing, tracing and social distancing.

One hundred thirty-nine student-athletes live on campus as of Oct. 24, said Kevin Wright, associate director of Athletics. None of these athletes contracted COVID-19 during their stay at the Malibu campus. A track athlete tested positive in the Malibu area on Sept. 16; the University did not release a statement about the case to the Pepperdine community.

Pepperdine will release their decision to open the Malibu campus in January, according to an email by Seaver Dean Michael Feltner. At the moment, the State of California and the Los Angeles County Department of Public Health precludes the University from opening up until case numbers decrease.

Neighboring universities reported varying quantities of COVID-19 cases within their communities. Since March 16, 340 individuals reported positive COVID-19 diagnoses, according to the UCLA resource website. While USC does not publish the total number of cases within the community, it provides updates on the number of tests and weekly active cases on its campus. The week of Sept. 27, five individuals tested positive. Both USC and UCLA have approximately 45,000 students each, as opposed to Pepperdine’s 8,000.

Multiple universities across the U.S. reopened this fall to varying degrees of success. There is a clear distinction between large and small campuses, according to an article by TIME magazine. Universities with large campuses — like the University of Colorado, Boulder — have found it difficult to contain COVID-19 outbreaks regardless of their “robust plans” and safety protocols.

Universities with smaller campuses have seen better results. For example, Middlebury College, which has approximately the same number of students as Pepperdine, reported two cases for the fall semester, according to the TIME article.

The LA Department of Public Health regularly publishes precise, up-to-date COVID-19 statistics. As of Nov. 1, the Department of Public Health reported the city of Malibu has had 130 cases, translating to a case rate (number of cases per 100,000 residents) of 810. Further, the city saw three COVID-19 related deaths and has a death rate (number of deaths per 100,000 residents) of 23.

On a larger scale, Los Angeles County has reported 291,508 laboratory-confirmed cases as of Nov. 1, according to the Department of Public Health. These have resulted in 6,683 deaths. The city with the most cases is currently Pomona, totaling 6,289. Glendale has had 182 deaths — the most deaths in a county.

The tiers define the extent to which the state allows a county to reopen. LA County remains in the purple tier.

There have been 932,217 COVID-19 cases in the Golden State — 17,665 of which have resulted in deaths by Nov 1, according to an LA Times infographic. Nevertheless, the article notes, “State and local officials see signs of hope in recent drops in new cases in hospitalizations.”

Malibu by the Numbers 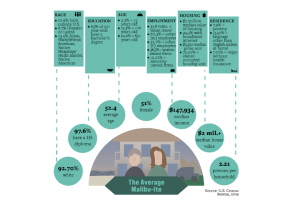 Malibu by the Numbers