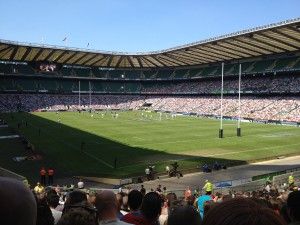 For Londoners, American football appears to be a wussy sport. The NFL has helmets and padding, while rugby has none of that. On the other hand, to Americans, rugby appears to be the lame sport. They can only pass backwards and there are not nearly as many juke moves nor are there any stiff arms.

I came to London as the latter: the typical American who has no appreciation or knowledge of rugby whatsoever. I went to watch the England National Team play and sat confused as to why the teams ran their offenses the way they did.

Then, I was given the opportunity to try it out for myself. And that was definitely a wake up call. It gave me a whole new appreciation for the sport of rugby.

Somehow a friend invited me to a game of pick-up touch rugby with some guys from Imperial College in London. I honestly had no idea what to expect. I didn’t know the rules, I didn’t know how to play and I didn’t know the level of competition. In other words, I went in completely blind.

Let me set up the scene: it’s a sunny afternoon in Hyde Park. We meet up with one of the guys who is probably about 5-foot 8-inches or so—he’s not too big, and he’s super friendly, doesn’t worry me too much.

Then, we arrive at the spot in the park, and meet up with about 15 other huge guys who are tossing around a ball. The first thing that shoots through my head is: “What in the world did you get yourself into?”

Not only am I the only girl there, but I’m also the shortest and lightest by a landslide. We get started right away as they try to evenly split our skill levels, taking into account the two clueless Americans. 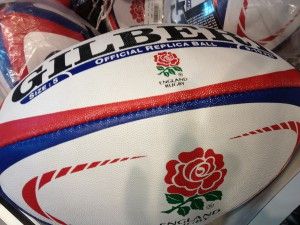 The game starts and these huge guys go flying down the field. It’s more fast-paced than I could have ever imagined, and the amount of strategy needed is immense. It’s all intuition about where the balls going next, and where you need to position yourself to move the ball ahead.

Luckily, we met up with the right crowd, as they were more than happy to help us out. They gave us pointers and looked to get the ball into our hands.

I’ll admit I had a few good touches, even if I looked like a deer in the headlights the entire hour and a half.

I remember watching the pro rugby teams play and thinking to myself how slow they looked on the field. After playing myself, I realized that it’s actually an extremely fast-paced sport. These guys were not only built, but they were also quick on their feet and good with their hands.

They were able to sprint downfield, avoid defenders and pass the ball off at an amazing pace—they’d be a solid addition to any American football team.

Meanwhile, I managed to somewhat hold my own through several games, and had a lot of fun too.

Even though I’m not convinced American football is a sport for “wussies,” I will say that I think rugby is an equally tough sport. The skill level of passing and running that every man on the field needs is incredible to witness.

And even though I don’t totally understand all the rules of rugby, at least I can say that I was able to hang in a game against some college players.