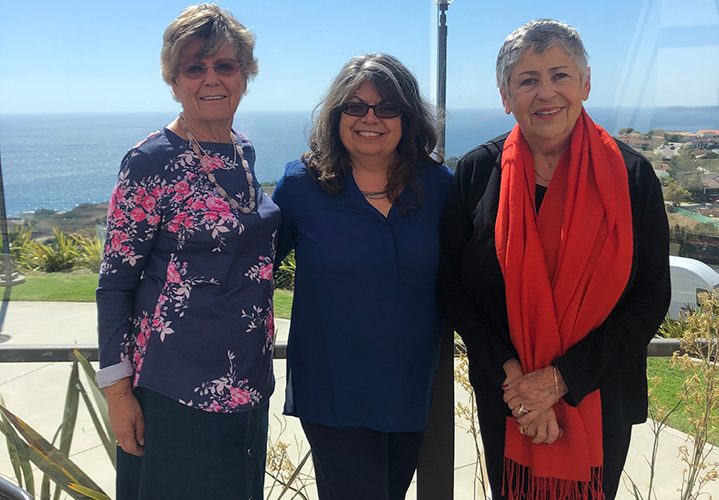 Pepperdine’s Glazer Institute held the event Wednesday, Oct. 2 in the Fireside Room for students to gain insight on Holocaust survivors Lya Frank and Michele Rodri’s complex journeys during Hitler’s reign with the Nazis in World War II. Rodri shared that the most difficult part about being forced away from home was being without the love of her friends and family, and her freedom.

“Until you lose your freedom, you don’t know what it is,” Rodri said. “To be able to do what you want, whenever you want… With freedom, you have the possibility to do so much good in the world.”

Junior Shaya Aguilar said this event was an opportunity she felt she could not miss. From it, she said she took away Rodri’s message on freedom.

“What she said about freedom is something I’m really going to hold onto,” Aguilar said. “I’ve never had my freedom taken away in that sense, so it’s important to recognize that every day we are free is an opportunity to stand up for those who don’t have that freedom. It’s something I want to be more intentional about.”

Passing these stories down to a new generation was a goal of the event, Glazer Institute’s Program Coordinator Monica Welsh said. The official title of the event, “L’Dough V’Dough,” is a play on the Hebrew phrase “L’Dor v’Dor” or “from generation to generation.”

“This event is very rewarding,” Welsh said. “It’s a beautiful thing for the survivors to share their stories with the students because what happened to them, it’s unbelievable. You need to hear it in person.”

Frank agreed. She said she chooses to share her story to let future generation know that it is not only something one can read in a book.

“It’s important to me that young people know what can happen and what did happen,” Frank said. “Also, what should never happen again.”

In the face of injustice, Rodri urged the students to never look away.

“I hope you all take something away from this: If you see something wrong, speak up,” Rodri said. “If you don’t, you are just as guilty as the perpetrator.” 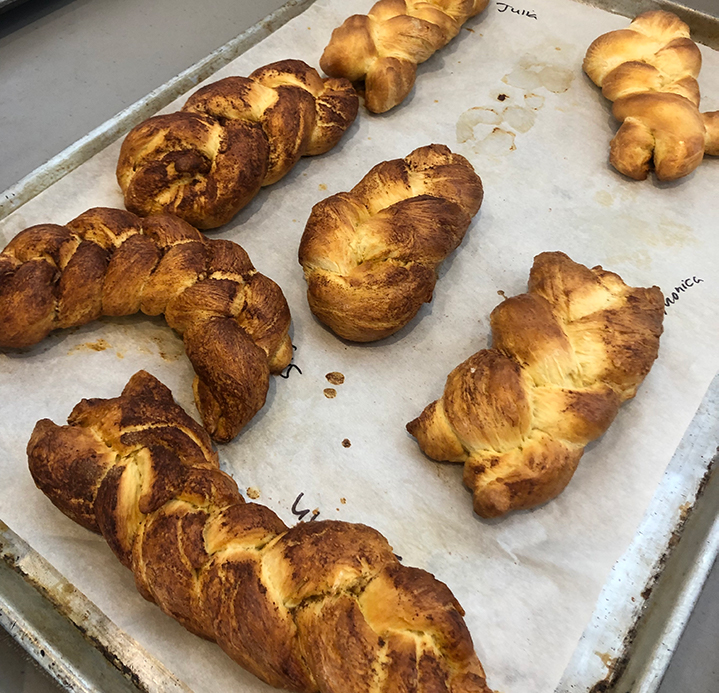 The baking of the Challah bread, typically eaten on Jewish holidays and Shabbat, represents trial and reunion for many survivors, Welsh explained.

“[The making of the bread] is a symbolic gesture for the Holocaust survivors, of them having to go their separate ways during that trial of their life,” Welsh said. “Then, no matter how many twists and turns — like the bread is breaded — in the end, they all come back together for healing.”

The Glazer Institute will be hosting their next “L’Dough V’Dough: Baking with Holocaust Survivors” on Wednesday, March 11, from noon to 1:30 p.m. in the Fireside Room.

Student with Disability Speaks Out Against Discrimination 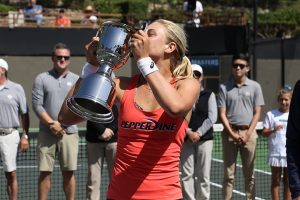 Photo courtesy of Ricky Davis | Pepperdine Athletics In the five years that Pepperdine has co-hosted the esteemed Oracle/ITA...
Copyright 2013 Jupiter Premium Magazine Theme
Back to top