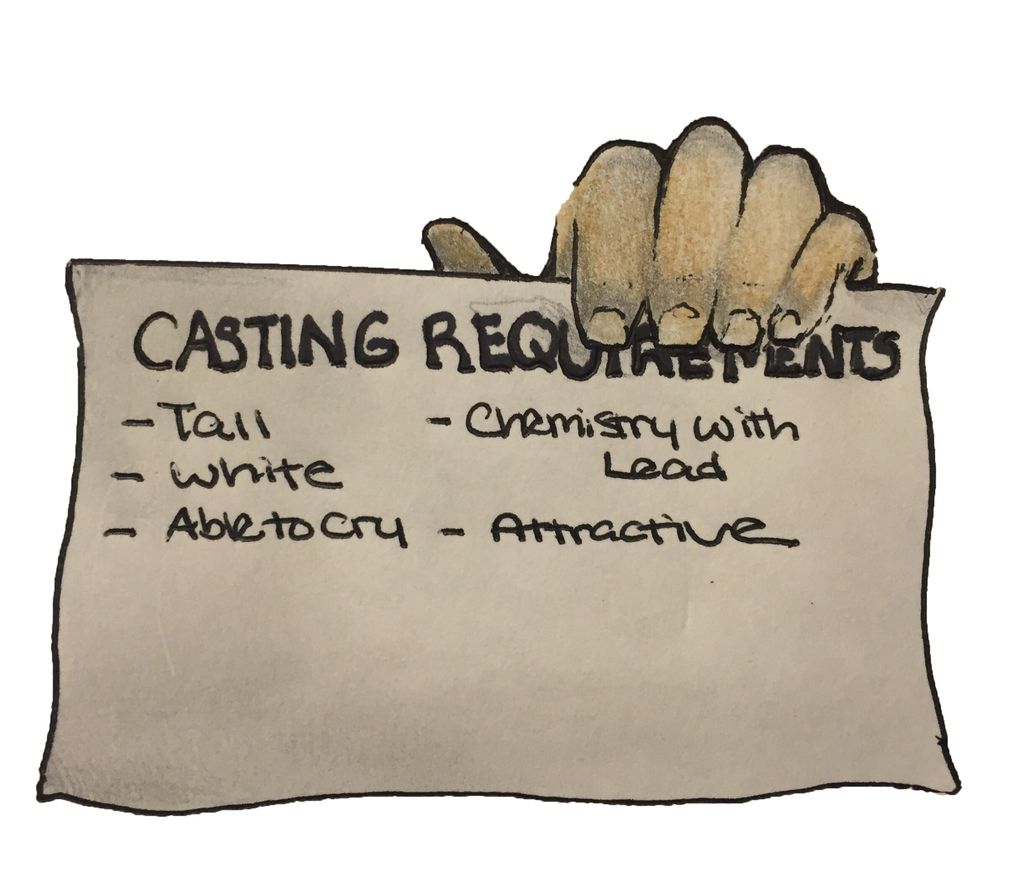 The Oscar statuette is not gold this year, but pale. Every single actor nominated is white. To some ceremony invitees, such as Jada Pinkett Smith, this disproportionate distribution was so unfair as to warrant a boycott of the ceremony altogether. While I certainly understand their sentiments, boycotters pick the wrong target and thus do their cause, increased minority opportunity, a disservice.

The whitewashed Oscar nominations are not a sign of racial bias within the Academy, but rather a symptom of a broad, structurally ingrained race problem within Hollywood itself. As a result, boycotting the Academy for its nomination choices not only wastes protesters’ energy but also absolves the true culprit, Hollywood, of responsibility.

The whole purpose of a boycott is to spur the boycotted organization into reform. Thus, responding to the whitewashed nominations with a boycott of the Oscar ceremony suggests that the onus rests with the Academy to solve the problem. But regarding minority disadvantage, the Academy only really has the power to make two changes. Firstly, to ensure representative proportions of minorities are voted for; or secondly, to try to diversify their own membership. Neither solution solves the problem, which renders the boycott useless.

Firstly, implementing “affirmative action” rules during voting would undermine the integrity of the award itself. According to their own website, the Academy seeks to “recognize and uphold excellence in the motion picture arts and sciences,” but can only do this with reliability if its voters vote with freedom. Artistic excellence transcends race. Thus, once race becomes a concrete voting factor, the Oscars cease to be reliable indicators of artistic excellence and lose their credibility and worth. If that were to happen, when a minority individual rightfully won an Oscar, it would be meaningless.

Diversifying the Academy is a far better approach. This keeps the votes honest while still correcting for the currently too-white voting body. Following the backlash, the Academy took this approach, posting a proposal to double membership diversity by 2020. While this is a step forward in terms of making the Academy voting body match nationwide demographics, it will not solve the problem, since minority disadvantage extends all throughout the Hollywood system.

According to a 2013 USC-led study reported by The Dissolve, only 10.8 percent of all speaking characters in high-grossing films are Black — which includes African-Americans and Africans alike — and many of those characters are minor and thus unlikely to be nominated for awards. This disadvantage persists at the filmmaking level, with Black filmmakers comprising only 6 percent of all directors, not to mention the comparably low demographics for other minority groups. In other words, regardless of the Academy’s tastes or voting body demographics, minorities are at a marked disadvantage in terms of opportunity.

This need not be so. A similar 2015 UCLA-led study found that “films with relatively diverse casts … excel in terms of box office receipts.” Similarly, since artistic talent transcends race, there is no financial disadvantage in employing a minority filmmaker, cinematographer or other film craftsman. In other words, while the demand for minorities in the film industry exists, the studios do not tend to act on it, and this deep-seated, structurally ingrained disadvantage persists regardless of how the Academy votes. By definition, few opportunities mean few nominations, and if the disadvantage persists, the cycle will continue. Boycotting the Academy Awards does nothing to rectify this disadvantage; yet rectifying it would greatly increase minorities’ opportunities not just for nominations, but also for careers in general.

On a larger scale, the minority disadvantage in Hollywood is a symptom of an even broader societal problem: the problem of race relations in general. Many people mistakenly conclude that, given the passage of the Civil Rights Act of 1964, we now live in a post-racial society. That thought is blind. Racial discrimination is far from over and permeates throughout many walks of life, from the macro to the minuscule, from the far to the near. As the hateful rhetoric on Yik Yak suggests, even Pepperdine, in all its seclusion, cannot completely escape racism.

As long as it is ignored, the race problem will persist; and thus, for the sake of our future, we must push toward finding solutions for racial discrimination whenever we can. But we also must push for the correct solutions. The true solution to minority disadvantage in the film industry is entirely unrelated to the Academy and an Oscar boycott. Rather, it requires lengthy reform within Hollywood.

As a start, Jada Pinkett Smith and others with clout should champion this cause at the industry level by providing opportunities, funding and roles for people of color. At the same time, budding filmmakers, such as those at Pepperdine, can champion each other the same way. If we do, we will lay the foundation for an ethnically diverse Hollywood.