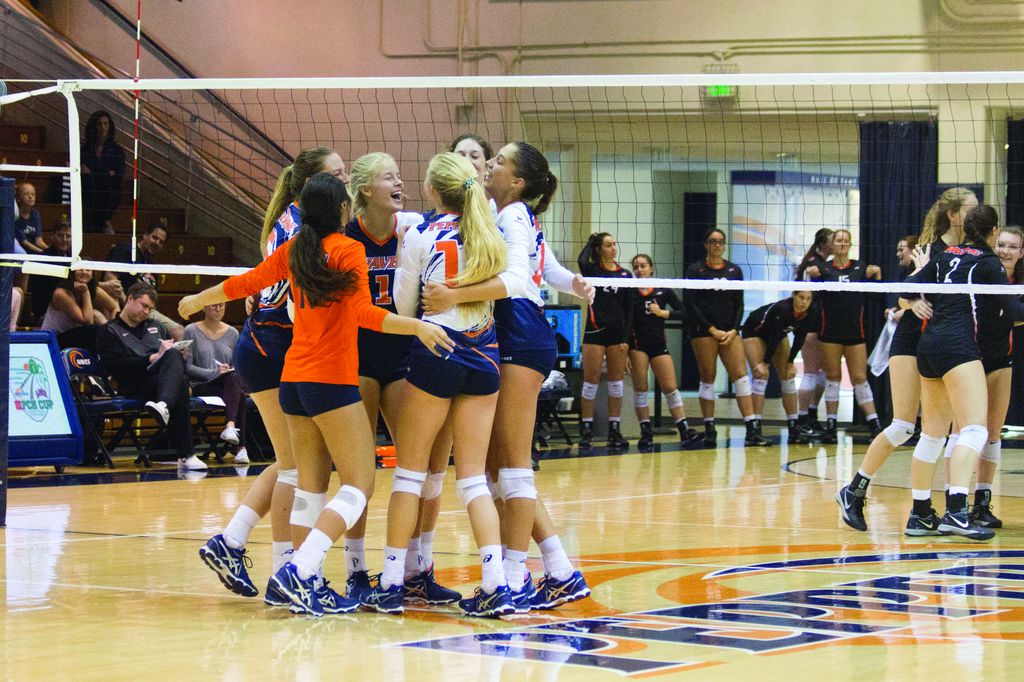 Pepperdine Women’s Volleyball resumed the second half of conference play by winning two straight matches at home against Saint Mary’s on Thursday night and Pacific on Saturday afternoon to end a three-game losing streak. With the back-to-back victories, the Waves are now 10-14 on the season, 4-8 in conference play and 4-6 at home.

Freshman Jasmine Gross set a new all-time Pepperdine record for most blocks in a single-match in the rally-scoring era (which started in 2001) with 15 rejections, breaking the record previously held by current Pepperdine Volunteer Assistant Coach Lindsey Weisenberg (neé Haché).

“I have to credit my teammates for giving me the perfect opportunities to protect the net,” Gross said, following her historic performance. “It’s not really much about the individual stats, but I’m happy we got the wins after coming home from a long road trip.”

The road-weary Waves returned back to Malibu after playing four matches on the road over the past two weeks, marking their longest trip of the season. During the four games, Pepperdine went 1-3, winning the first match against San Francisco 3-0 before losing to Santa Clara 3-1, BYU 3-0 and San Diego 3-1.

“I thought it was a big test for these young women to travel and balance athletics and academics while trying to be prepared for these past few games,” Head Coach Scott Wong said. “But we were just glad to be able to work again at home.”

In the first match against Saint Mary’s, the Gaels jumped out to an early lead in the first set, but Pepperdine went on a 6-0 run to take a 10-5 lead starting with a kill by sophomore Nikki Lyons. The Waves continued to extend the lead behind strong play by freshmen Jasmine Gross and Hannah Frohling, going up by as much as nine, 12-21 midway through the set. The Gaels made a late run down the stretch, but Pepperdine locked up set number one 25-17 to take a 1-0 set lead in the match. 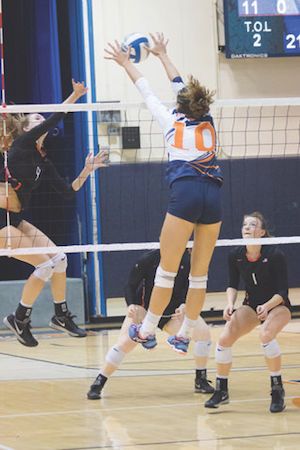 In the second set, both teams started battling in a close one early, but Pepperdine again took a furious 9-0 run behind solid net defense with block after block by the Malibu Roofing Company to take a big 12-4 lead. The Gaels heated up midway through the set, taking a 15-8 run to cut the deficit to one 20-19, but the Waves responded back by taking a quick 3-0 run en route to a 25-22 set two victory. Pepperdine and Saint Mary’s entered the half with the Waves leading 2-0.

In the third set, it was all Pepperdine. The Waves defense led the way once more with 8 blocks from sophomore Heidi Dyer and Gross. The Waves took a commanding 23-11 lead following a 12-3 run late in the set before closing out the Gaels 25-15 in the third set to sweep the match 3-0.

Heidi Dyer had a near triple-double with 22 assists, 11 digs, and 9 kills while Jenna Tunnell contributed with 10 kills of her own. The Malibu Roofing Company had a busy night as Jasmine Gross led the defense with 9 blocks and the defense held the Gaels offense to .073 hitting.

“I think this was a great win for us because of the way we played on both sides,” Heidi Dyer said. “Coming off a long stretch of road games and being back at home, it was good to feel energized by the home crowd and win one for the fans.”

A day and a half later, Pepperdine took the court again on Saturday afternoon to face Pacific.

In the first set, Pacific jumped out to an early 5-0 lead before extending the lead to 20-13 going down the stretch. Pepperdine battled back late in the set, taking an 8-3 run behind big contributions from Dyer and Frohling to cut the deficit to one 22-21, but the Tigers responded with a 3-0 run to take set one 25-21.

In the second set, it was a close one from the start, as Pepperdine and Pacific fought in a see-saw battle early on before the Tigers took a four-point lead 18-14 midway through the set. Behind solid team defensive efforts, the Waves went on another late 8-3 run to take a 22-21 lead. However, Pacific again rallied with a 4-0 run to close out set two 25-22 to go up 2-0 over Pepperdine.

Coming out of halftime, the third and fourth sets again came down to the wire between both teams, but the Waves were able to capitalize by through late scoring surges to clinch both sets. Down by two in the third set, Pepperdine went on a furious 5-0 run including two clutch kills by Gross to take set three 25-22. Set four saw the Waves and Tigers even at 24-24 with no team holding a lead greater than two the entire set. Sophomore Tarah Wylie and Dyer put in the finishing kills to win set four 26-24 and send the match into a pivotal fifth set. 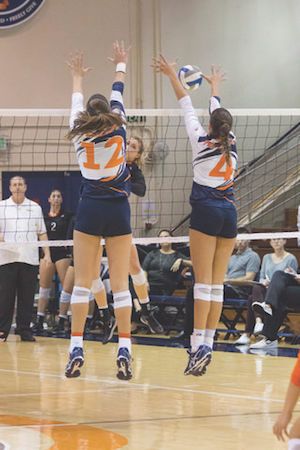 In the fifth set, Pepperdine went on a 5-0 run early in the set to go up 10-5 as the Waves defense forced the Tigers into blocked hits. Pacific’s offense heated up as they went on a 4-1 run to cut the deficit down to two, but it wasn’t enough as the Waves responded with their own 4-1 run to clinch the 15-10 match point in set five. The Waves completed the rally after being down from an 0-2 set deficit to win 3-2.

Jasmine Gross led the Waves with her first career double-double with 15 kills and her record-setting 15 blocks. Hannah Frohling also tied the team-high in kills with 15 of her own while Jenna Tunnell also had a double-double with 29 assists and 14 digs.

“I think we just have to keep carrying what we have been doing [these past two games],” Gross said. “We have a young and talented team on the court and it will be about coming out strong for the upcoming games.”

UP NEXT: Pepperdine will be back on the road in the Pacific Northwest to take on Portland on Thursday, Nov. 3 and Gonzaga on Saturday, Nov. 5.