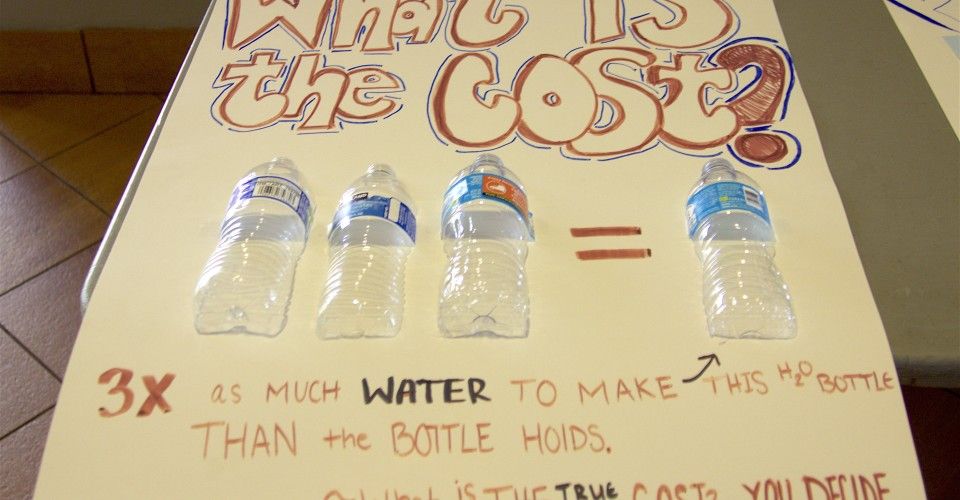 The Green Team created a three-phase plan to ban disposable water bottles on campus and to inform the community about the negative environmental effects of disposable bottles.

Green Team President Avery Davis said this is a long-term project. The Green Team tabled in the Caf for the first phase on Feb. 26, and there will be a meeting at the end of this semester. The next phases won’t begin until either fall 2016 or spring 2017.

Davis said the goal is to “stop selling disposable water bottles on campus” because the number of water bottles sold in the Caf is extremely high and is toxic to the environment, Davis said.

“The water bottle use in our Cafeteria is just exorbitant,” Davis said. “Plastic causes so much damage to the environment. Not only its production, [which] requires seven times the amount of water that is in the water bottle to produce it, but also plastic will stand in landfills for thousands or millions of years before it actually decomposes unless it is recycled, but a very low percentage of bottles are actually efficiently recycled.”

Davis said the first phase, the educational phase, is meant to increase visibility.

The action phase, which is the second phase, is when the Green Team will be actively engaging students, Davis said. The third phase is the advocacy phase, which will provide students with a channel to “tell administration this is something we care about and we are passionate about and think it would make our campus a better place to be or make us better stewards of our environment of creation.”

Davis said there would be several options for the ban on water bottles.

“As we phase away from disposable bottles to reusable water bottles, we’ll have available in the Caf bottles people would be able to buy and fill up,” Davis said. “There [are] going to be more water-filling stations around campus.”

Davis said he believes it is important to inform students about the harm of water bottles to the environment because, hopefully, they could change the situation on campus.

Freshman Richard John said he is concerned about the solutions to selling water bottles.

“I think that what I am going to worry about is the convenience,” he said. “I do agree that banning water bottles will help a lot and will change people’s habits.”

Freshman Jatan Changani said he supports the concept of the campaign for environmental and economic purposes.

“I think this is a very good idea, because [water bottles] harm the environment and a bottle costs $4, so you just spend a lot of money on it,” he said. “I have a plastic water bottle of my own; I fill it up and it does the job, so why would you spend money on it?”

Davis said that anyone can join the Green Team by sending an email to pepperdinegt@gmail.com, and they will then be added to the Green Team email list. 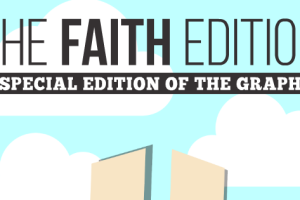