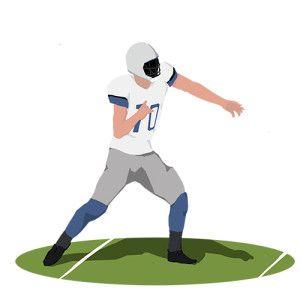 Did you guys ever see those AFC and NFC championship games? The Superbowl is right around the corner, and it’s gonna be a doozy! I’d wager we get about three more Richard Sherman sound bites to hold us over until then. 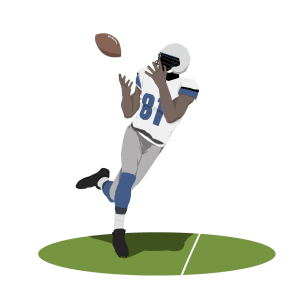 The Eagles were off to a shaky start under new Head Coach Chip Kelly and starting QB Michael Vick, but things started to turn around after Vick was forced to sit out a few games due to injury. Taking his place was backup QB Nick Foles, who not only proved he can be a viable option in Coach Kelly’s offense, but excelled to overtake the starting QB position from Vick and lead the Eagles to a playoff berth. Unfortunately, they lost in the first round against the Saints, but the future for the Eagles with Foles and Kelly is looking bright.

The Dolphins had an up-and-down season, winning in bunches and losing in spurts. Unfortunately, they ended the season on a losing spurt, and were bounced out of playoff contention with big losses in their last few games. The Dolphins have a lot of questions surrounding their team moving forward, and the search for a new General Manager might be one of the answers they need.

One star TE is incarcerated on charges of murder. The other has been kept out of play due to multiple injuries. And the once formidable receiving core has been dismantled and replaced with new and untested faces. The odds seemed to be against Coach Bill Belichick and QB Tom Brady this season, but the two have proven why they are the best duo in professional sports and a force to be reckoned with. It’s unfortunate they had to face that guy from Denver in the AFC championship, though.

Great defense. Inconsistent offense. The result is yet another first-round playoff loss for Head Coach Marvin Lewis. Rookie RB Giovani Bernard is arguably the highlight of the season, and appears to have a bright future in the NFL. But five consecutive playoff losses is a signal that things in Cincinnati need to be changed.

Win one. Lose one. Win one. Lose one. The Jets had an up-and-down season, posting a respectable 8-8 record but missing the playoffs. QB Mark “Butt Fumble” Sanchez was benched in favor of rookie Geno Smith, who showed moments of potential in his first season. Coach Rex Ryan is due back for what may be his last season as a Jet, and the future of the organization seems uncertain to say the least.

An early injury kept starting QB Sam Bradford from playing most of the games for the Rams, but an efficient defense and strong running game kept the Rams in contention for most of the season. Finishing 7-9, the team missed the playoffs, but are looking like a solid threat next year if they can remain healthy.

The reigning Super Bowl champs seemed to suffer from a bit of championship hangover, as the team never quite stepped up and looked like they did last year. They showed moments of flash and substance, but were unable to convert in key games, and narrowly missed the playoffs. When all is said and done, it might be OK to let this one season slide.

RB Adrian Peterson has continued to prove beyond a shadow of a doubt why he is one of the greatest RBs of all time, and likely a future hall of famer. It is a shame that he is squandering his talents on a team that has tried and failed numerous times to build a playoff-caliber team around him. The firing of Head Coach Leslie Frazier did little to alleviate the teams woes, as they are still in need of a consistent QB, among other things.

The Falcons were projected to be a playoff contender, but ended the season as one of the NFL’s worst. A bit of an enigma for sure, as the team who looked great with potential to grow last season seemed to regress terribly. Lingering questions will need to be addressed during the offseason to return the Falcons to their former glory.

After a dismal 1-3 start to the season, QB Cam Newton and the Panthers were able to turn around their season and end up 12-4 with a first round playoff bye in one of the best seasons for the team in recent years. All the amazing plays under Head Coach Ron “Riverboat” Rivera vanished in the second round of the playoffs however, where the Panthers looked a shell of themselves and were handily defeated by the 49ers just when it mattered most.

The Lions just needed to win one more game to stay ahead of their rivals in the NFC North and secure a playoff spot, but they choked when it mattered most, and not only saw themselves ousted from the playoffs, but their Head Coach Jim Schwartz ousted from his job. Calvin “Megatron” Johnson can’t do everything, I suppose.

QB Andrew Luck has proven time and again why comparisons to his predecessor Peyton Manning are deserving of conversation, but the young QB and his team have shrunk in all too important moments this season almost as many times as they have stepped up toward greatness. A historic first-round playoff comeback against the Chiefs seems a distant memory after a second-round beating to the Patriots, but the Colts seem poised for improvement next season.

Accustomed to floating near the bottom of the barrel, the Jaguars turned in another wasted season, finishing 4-12. Fan attendance in Jacksonville is at an all-time low, and the empty stands seem more reminiscent of a high school practice than an NFL game. Maybe a return for QB Tim Tebow to the Jacksonville area could help bolster poor ticket sales? Or perhaps not.

Big wins early in the season against solid teams shined some light on the Bills, but a late season slip ensured that the team would miss the playoffs for another straight year. Mediocrity seems to be the calling card for this team, but in the NFL mediocre may be just what you need to be in the playoff hunt.

A maniacal owner. An incompetent head coach. And a QB who is equal parts great and terrible. Yet another 8-8 season for the Cowboys that provided the same media fodder that have made the team more of a daytime TV drama than a football organization. Millions of fans across the country have been left shaking their heads without a clear idea of what’s to be done to fix this once-great franchise. And no, calling for owner Jerry Jones’ head is not the answer (I think).

Injuries at the QB position and frustrated star RB Chris Johnson seemed to hold the Titans back this season, who went 7-9 and missed the playoffs yet again. A team that is continually in the hunt but never seems to be able to get over the hump, the Titans have hired the Chargers’ offensive coordinator Ken Whisenhunt as their new head coach, moving forward in an attempt to get the team out of their rut. 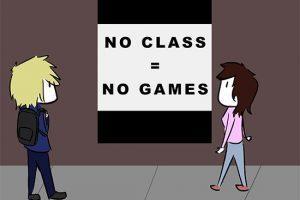