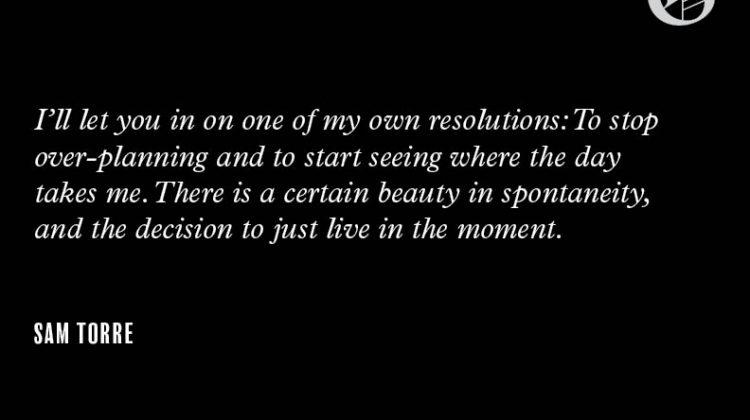 I know it’s been almost three weeks since New Year’s, but a few friends and I decided to implement a resolution.

In the fall, we did not take advantage of the less strenuous weeks at the beginning of the semester, instead choosing to spend our days studying or starting assignments we would end up procrastinating anyway. We would throw a quick, “Hi, bye,” as we passed each other on the way to classes, and would reschedule movie nights with a “Maybe later,” and a small smile.

By the time we realized there would probably never be the “perfect” moment to sit down and do things, finals were around the corner and we actually needed to sit at the library for hours on end.

We promised to do better this semester.

It is because of this promise, that I found myself on a beach volleyball court in the pouring rain, aggressively blinking sand out of my eyes and knowing, deep in my heart, that I would need to do another load of laundry.

I have mentioned I liked the rain before, and I’m standing by that statement. However, I like it a lot more when it’s not filling the Iced Matcha I got from Starbucks with rainwater, or messing with my carefully laid out plans.

Fun fact: I’m a planner. I like knowing what exactly is going to happen, and when exactly it will be happening.

My friends say I need to relax.

“I am relaxed,” I say back as I add another event into my carefully color-coded calendar.

Another fun fact: Mother Nature does not care about the lemon-yellow section of my calendar, meticulously marked “volleyball with friends.”

I’ll let you in on one of my own resolutions: To stop over-planning and to start seeing where the day takes me. There is a certain beauty in spontaneity, and the decision to just live in the moment.

If I didn’t live in the moment, I wouldn’t have learned that Eric is probably the most sensible out of all of us when he left before everything got soaked. I wouldn’t know that my friend Ellen is fantastic at every sport she plays or Hannah has a killer spike. I wouldn’t have watched Hope and Hannah nearly collide with each other because neither of them called for the ball.

If I didn’t just go with the flow, I wouldn’t have laughed as hard as I did today. I also wouldn’t have been there to agree with Hannah when she suggested finding the time to play some sort of game once a week.

So, if everything goes according to plan, you’ll see me on the volleyball court outside DeBell, attempting to learn a spike.

If everything doesn’t and Hannah gets her way, I might be playing kickball instead.

I’ll be happy regardless.