Canadian post-rock royalty Godspeed You! Black Emperor is alive once more. In a manner that only GYBE could pull off, the group officially released their fifth studio LP after a nearly ten year hiatus. 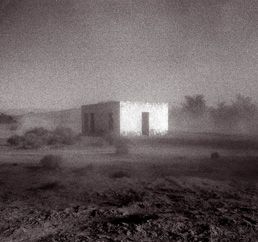 It is heavy yet accessible. It drones, but it whispers. It speaks without words. It sounds like it was stolen from the Temple of Doom.

It is the perfect soundtrack to the end of the world.

But this is nothing new. GSYBE have been breathing life into the post-rock genre since their debut album in ’94. They are the godfathers of drone; the instigators of anarchy.

But unlike previous releases (which were masterpieces in their own right), “’Allelujah! Don’t Bend! Ascend!” soars for 54 minutes 44 seconds. Whereas their second album, “F♯ A♯ ∞,” built up pressure for a couple minutes of climax, the newest release is all climax. There is seldom a tedious note. Even the decrescendos seem to ooze mystery.

If one had to relate this album to any other group, the obvious example is The Swans’ “Soundtracks for the Blind.” For a less obscure reference, it sounds like Sigur Ros with a shot of testosterone and dash of, well, talent.

This is the type of album that pleases both the casual listener and the post-rock fiend. It is riddled with texture and laced with exhilaration. It is a face-melting, eye-opening, fast-paced wind tunnel of an LP.

And because the band seems to be able to say so much without words, I am not going to try to quantify this album with too many adverbs or internal clauses. It would be disrespectful to the artists who created this piece of art, and would further the notion that music is a frog to be dissected.

If you do not listen to this LP you are doing the future a disservice. Turn the volume on loud and allow GSYBE to wash over you like a wave. Ascend.