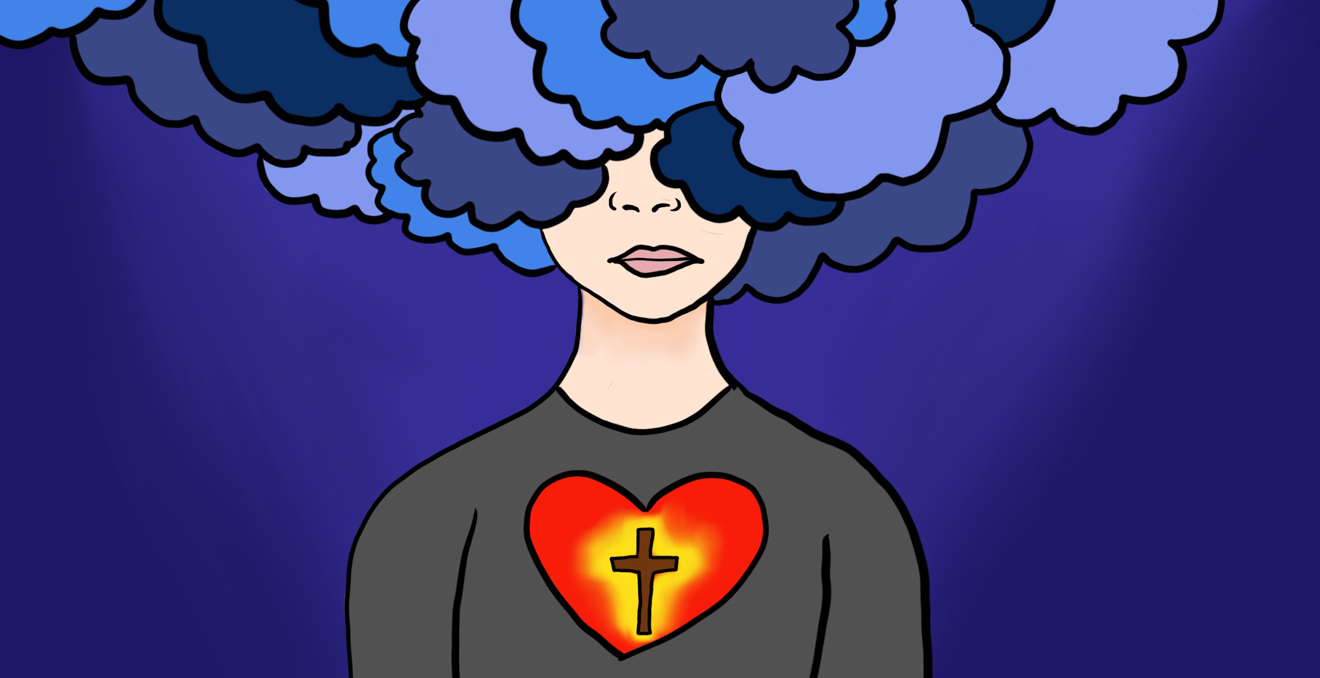 Seeking help for feelings of depression and anxiety is highly recommended for individuals who feel they are fighting an uphill battle, but sometimes Christians who struggle with depression may feel they can’t, or shouldn’t, need professional or medical help. However, mental illness such as depression is not an indicator of a lack of faith, nor is it a sign of weakness. Christians, including those at Pepperdine, should seek help when necessary, beyond prayer.

A recurring theme around the Pepperdine campus is “Everyone is always happy.” But this is not the case. The Graphic reported that there has been an increase of students served by the Counseling Center, jumping from 250 students in 2005 to well over 700 in 2017, according to the article,“Stigma of School Counseling Decreases,” published June 1, 2017.

Pepperdine isn’t the only campus seeing a rise in mental health-related issues among students. NBC News reported that “College counselors are seeing a record number of students like Ebeling, who are dealing with a variety of mental health problems, from depression and anxiety to more serious psychiatric disorders,” according to their article titled “Mental Health Problems Rising in College Students,” published on their website on June 28, 2017.

Sometimes, however, the idea of a Christian having depression is falsely attributed to be a sign of a lack of faith, a departure from grace or a sign that someone needs to “pray more.” Christians may attempt to deny their feelings, and friends who are sought out for guidance may not know how to help other than asking “Have you prayed about it?”

“’Should Christians get depressed?’ As a pastor and professional counselor, this is one of the questions I am asked most often,” Mark Mounts, a pastor and counselor located in Houston, Texas, said on the Grace Communion International’s website in a piece “It Can’t be Depression … I’m a Christian.”

“Christians feel guilty about being depressed. They feel they should “know better.” This leads to denial, which only makes matters worse,” Mounts said. “But depression isn’t something a person can ‘snap out of.'”

Depression and anxiety can be the result of more than environmental stimulus. Sometimes the human brain doesn’t produce enough serotonin, a neurotransmitter that helps with several body functions, including mood stabilization.

That may not be the only culprit. “Researchers are exploring possible links between sluggish production of new neurons in the hippocampus and low moods,” according to a Harvard Health report, updated in April 2017. The report, “What Causes Depression,” implies that long-term depression and anxiety, often a matched set, is not simply a “bad mood.” Rather, it is a physical disorder of the brain that should be treated as such.

Christians, including Pepperdine students, need to be aware that mental health is manageable, and that taking medications or seeing a professional help is absolutely acceptable. If a diabetic can give themselves insulin to help their bodies function normally, then the same goes for someone struggling with mental health.

Pepperdine’s Counseling Center takes an excellent approach to guidance. In their intake process, the new patient will rate how important they feel faith is to their healing. If a person does not want to talk about their faith, then the subject is off the table.

Another excellent resource for Christians struggling with depression is a website called The Cave Place, created by Pepperdine alumna Katie Waters. This site is an excellent resource of information, resources and discussions for those who are struggling with guilt involving their mental health, and encouraging those who are hurting to get the help they need not to focus on misguided spiritual “failure.”

Students at Pepperdine don’t need to be “always happy.” Christians, old and young, college student or professor, can suffer from mental health problems and need to recognize that help is available and that a lack of happy is not a lack of faith.