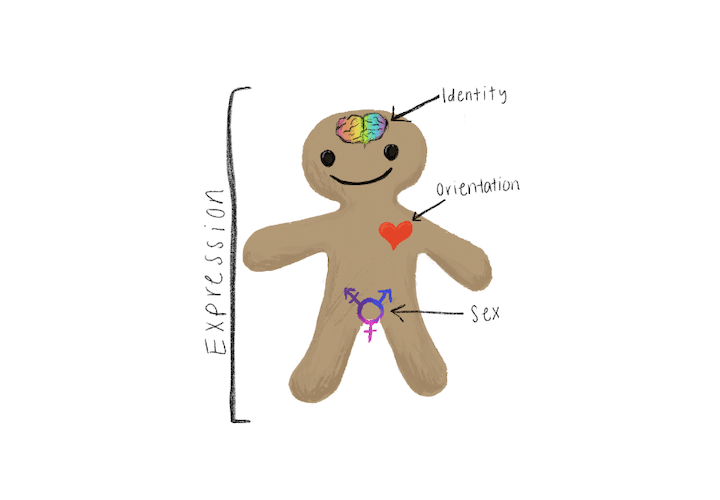 Some people do not reflect the gender they were assigned at birth through their appearance, the way they feel and the way they interact with society, taking a different approach to their gender identities.

Gender identity is how people define and express themselves in relation to gendered societal norms. The majority of people live according to the gender they were born with. But others — gender-nonconforming and transgender people — can express it in a variety of ways, according to the National Center for Transgender Equality.

“People like to equate [sex and gender], which I think is oversimplifying people,” non-binary student Justis Crocker said. “People put too much weight into what gender is and use it to categorize people. I feel like it’s an extremely complicated thing because the human brain is extremely complicated.”

Though sex and gender often go hand in hand, Professor and Divisional Dean of the Communication Division Sarah Stone Watt said there is a clear distinction.

“Sex is what you’re born with — it’s what your body does at birth,” Stone Watt said. “Gender is that social piece. Gender identity is tied to your sex, but your gender is really a social construct.”

Gender Spectrum, an organization that provides consultation and training for creating inclusive environments, suggests there are three dimensions of gender: body, identity and social.

A person’s gender is made up of a complex relationship between how they experience their body, their personal sense of who they are, and how others in society view and interact with them, according to Gender Spectrum.

Gender identity is purely a person’s social understanding of themselves and does not imply sexual orientation.

A 2017 Gay and Lesbian Alliance Against Defamation (GLAAD) poll found that 12% of millennials identify as gender nonconforming or transgender, meaning they do not identify with the gender they were assigned at birth.

American society tends to think of gender on a binary system, meaning someone can be either male or female, according the National Center for Transgender Equality. A non-binary person does not categorize themselves as exclusively one of the two traditional genders.

The gender identity spectrum is a model that explains how some non-binary people can identify at a point somewhere between the male and female binary, according to Teaching Tolerance Magazine. However, the term also encompasses people who experience their gender as both male and female or as neither.

Though the spectrum model provides a visualization for differing gender identities, some criticize it for its limitations.

“What we’re trying to do is broaden people’s understanding of genders,” Crocker said. “That eventually leads to throwing out the concept [of a gender identity spectrum] entirely, and I feel like that might be the right way to go.”

Diane Ehrensaft, mental health director at the UCSF Child and Adolescent Gender Center Clinic, spearheaded research that suggests children can develop an understanding of their own gender identity as young as 2 years old.

“A child will say: ‘Stop calling me Jane. Let me wear my dresses. Please call me she,’” Ehrensaft said in a KQED-FM interview. “That’s a child making a clear statement.”

At any age, people can experience gender dysphoria, the discomfort that comes with incongruence between one’s gender identity and sex assigned at birth, according to the American Psychiatric Association (APA).

People who experience gender dysphoria often deal with discomfort that leads to significant distress or problems associated with the conflict between how they feel and how they see themselves.

Ehrensaft uses criteria of persistence, consistency and insistence in diagnoses of gender dysphoria in young children. She suggests that if a child persists in consistent messaging and insists on a gender other than what they were born with, they are more likely to have gender dysphoria.

Crocker said that, as non-binary, they believe de-emphasizing the importance of gender would help people to become more capable of expressing themselves.

“I reject the importance of gender in everyday life,” Crocker said. “You don’t need to know someone’s gender to know how to interact with them. We think that it’s important, but it’s far less important than we actually believe.”

Explaining the Conflation Triangle between Sex, Gender and Sexual Orientation 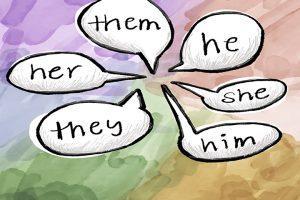 Art by Gabby DiGiovanni Pronouns are not just grammatical tools for clarity. They are also thoughtful means of self-identification...
Copyright 2013 Jupiter Premium Magazine Theme
Back to top