From Firestone, With Love: Reflecting on the 2014-2015 Men’s Basketball Team 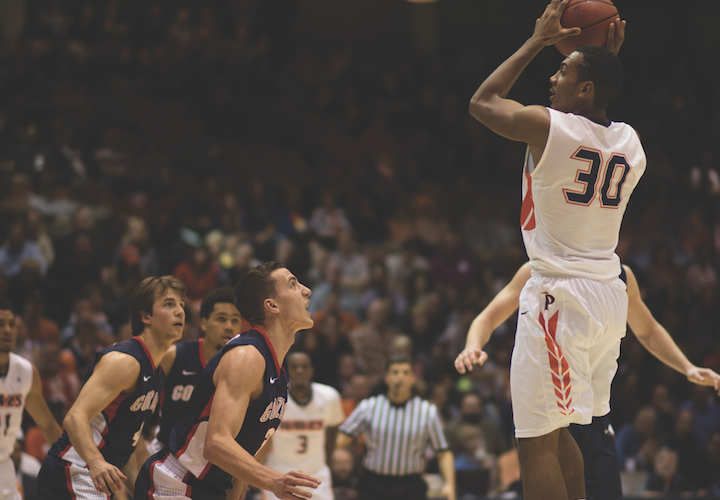 Last week, the Graphic’s very own John Lawlor published an article addressing not only Pepperdine’s lack of a football team, but also the deeper issue behind the student body’s apathy toward sporting events.

Although this open letter isn’t about a football team, the Pepperdine Graphic or Lawlor’s wonderful op-ed piece — the conversation starts there.

Lawlor said the prevalent mindset on campus is that Pepperdine’s sports teams are “terrible.”

This mindset isn’t surprising, considering the university draws many students from California and SEC country, two hotbeds of collegiate athletic talent, prestige and ubiquity. Sadly, some of these individuals complain about Pepperdine’s lack of a football team, yet don’t attend any on-campus sporting events. At best, this attitude is defeatist; at worst, it’s hypocritical.

However, it would be foolish to believe student attendance is the only reason that makes collegiate teams great. In fact, Pepperdine men’s basketball isn’t terrible. If last season’s performances are the indicator of where Coach Marty Wilson is leading the men’s basketball team, then this season is the time to really be excited for the future of Pepperdine sports.

Last year’s 18-14 record was the first winning campaign since the 2004-05 season — or, since Pepperdine’s student body shopped in the children’s section for their University of Tennessee, UCLA or Michigan gear. In addition to their 56-percent win percentage, Pepperdine finished fourth in the West Coast Conference behind Gonzaga, BYU and Saint Mary’s.

Better yet, the Waves beat two of the three teams ahead of them in the WCC.

In both games against BYU, Pepperdine not only showed it could compete with the top-tier teams in the WCC, but also proved that it belonged with the best the conference offered. The Waves had BYU’s number last season.

Even though Pepperdine beat BYU by only six points in both contests, both games weren’t as close as the final score indicated.

In the first matchup, the Waves led for the entire game. That’s not a typo. When the Cougars traveled to Malibu, they managed to build a 16-point advantage in front of a rather raucous Pepperdine crowd, but blew their lead with eight minutes to play.

The Waves found their rhythm, the Cougars lost theirs and the packed student section in Firestone Fieldhouse lost its mind.

Two days later, the Waves threw away a winnable home game in an empty gym to the San Diego Toreros. SMH.

This season, the West Coast Conference’s preseason poll placed Pepperdine at third, behind Gonzaga and BYU. Unlike Gonzaga and BYU, Pepperdine returns all five of its starters from last year, including forward Stacy Davis, who made the WCC’s preseason all-conference team. Better yet, the top two teams in the WCC are beatable; even the Waves scared Gonzaga in a hard-fought 78-76 loss.

The Gonzaga game was the can’t-miss Pepperdine basketball moment of last season. Entering the game as double-digit underdogs to the third-ranked team in the country, the Waves rose to the occasion and nearly managed to come back from two 15-point deficits in the first half.

Gonzaga’s leads would have been much larger had they kept forwards Domantas Sabonis and Przemek Karnowski on the floor for the majority of the game. In a puzzling move, Bulldogs Coach Mark Few pulled Sabonis with 12:49 left to play in the first half. Before Few sat Sabonis, Gonzaga’s duo of near-seven-footers scored 10 of their first 17 points. Sabonis and Karnowski looked unstoppable throughout the first half; both managed to stay out of foul trouble while having their way with the Waves’ frontcourt.

For some reason, the combination of Few’s coaching decision and the Waves’ resilience led to one of the most exciting conference games of the season. Pepperdine’s shots fell in the second half, while Gonzaga guards Kevin Pangos and Byron Wesley — the scapegoats of the Bulldogs’ only loss at that point in the season against Arizona — went cold. Gonzaga missed key free throws. The game’s momentum went in Pepperdine’s favor with every made free throw, every short corner make from junior forward Jett Raines and every time freshman Shawn Olden made confident plays that defied his freshman status.

No matter the odds, a flicker of hope lingered in Firestone Fieldhouse. The crowd was electric. Something during the second half seemed to click in the Waves’ mind, and it showed in the way they played. Pepperdine played like a team who believed they could win. If any one of the five players on the court looked like they believed in their ability less than their teammates, the crowd (and Gonzaga) didn’t notice.

Although Pepperdine didn’t have quite enough in the tank to upset the Bulldogs, the Waves left Firestone with their heads high. After sophomore point guard Jeremy Major intentionally missed his second free throw in order to set up the game-winning put-back with 1.9 seconds left, there was a sense amongst the crowd in Firestone that despite the outcome, the Waves had done something great that night. They rose to a new level that most Pepperdine basketball fans hadn’t seen in years.

This momentum can and will continue. Fill the student section when the Waves play in Malibu. Tune in to the away games on ESPNU or the W.TV. Drive to Loyola Marymount, out-cheer their student section and think to yourself: At least I’m not them.

Do whatever it takes to be a devoted fan of college athletics, because now is the time to be that person. Once graduation rolls around, the time to dress up in elaborate blue and orange costumes or to lather up in body paint will have passed. College is the time — bold, underlined and italicized — to immerse oneself in a student section, to become hopeful, to lose voices and to support the start of something great. Together. 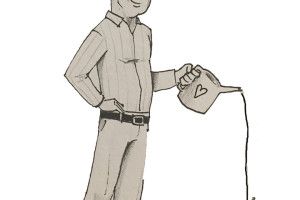 Art by Peau PorotesanoWe, as professors and students, are afforded a unique opportunity working and attending a smaller,...
Copyright 2013 Jupiter Premium Magazine Theme
Back to top