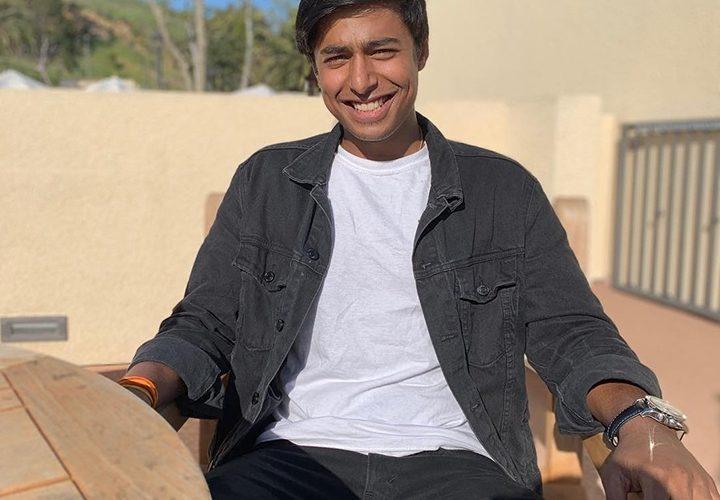 Friends and family of Pepperdine student Dev Singh mourn Singh’s death after learning he was the victim of a hit-and-run traffic collision Nov. 4.

Singh was not enrolled for fall 2021 but had plans to return in the spring semester to graduate, University Chaplain Sara Barton said at the Nov. 7 candlelight vigil for the three-year anniversary of Alaina Housley’s death.

Singh’s mother, Urvashi Singh, posted a tribute to her son on Instagram on Nov. 7.

“My piece of heart with which I was living with and now it’s nothing left with me,” Urvashi Singh wrote. “My life line for which I was proud of. He touched many [lives]. He will remain in our hearts forever. My family and friends and Dev’s friends are heart broken at this point of life.”

During his time as a student at Pepperdine, Singh was a Psychology and Public Relations double major with an Industrial Psychology minor, and he expected to graduate in 2022.

Singh was a member of the Kappa Omicron chapter of Sigma Chi and Indian Student Association, a former sports reporter and camera operator for NewsWaves 32 and featured as a sophomore in the Instagram account Caffeinated, run by alumnus Nick Donahue (’21).

ISA Vice President Sahej Bhasin, who is also the advertising director for the Graphic, wrote in a statement that ISA will miss Singh dearly.

“We are devastated to hear about the loss of Dev Singh, a great friend and a beloved member of the Indian Student Association. Dev will always be remembered for his kindness and ambition, and we ask that you pray for his family’s wellbeing during this time.”

Members of Sigma Chi also wrote in a statement to the Graphic that they will always remember the memories they have with Singh:

“Dev was a bright light in our fraternity and possessed an enduring spirit and energy that still lives on with us all today. From his sense of humor to his ability to speak his mind, he was someone who enjoyed every ounce of life and lived it in a truly inspirational manner. Dev was passionate and proud to be a part of Sigma Chi and wore the White Cross on his sleeve at all times. Dev, our memories of you and with you will never be forgotten, and we miss and love you more than you know. Our prayers go out to the Singh family and every other person impacted by this tragedy. Rest in Peace, brother Dev. You may have passed in this life, but you will always live in our memories. In Hoc.”

Alumna Chloe Boudames (’21) wrote she met Singh during Singh’s first few weeks at Pepperdine, and she knew from their first conversation that she had made a friend with whom she could always laugh.

“Dev was so funny and charismatic,” Boudames wrote. “He had such a light in him and a passion for life. He enjoyed making others laugh simply by being himself, and it was evident he would always go out of his way for those he cared about.”

Another friend of Singh, Heet Ghodasara(’20), said some of her favorite memories with Singh include celebrating Holi, the Festival of Colors, at Pepperdine and cooking food together at her place.

“Always cheerful and thoughtful, Dev’s infectious smile spread joy and made everyone feel welcome,” Ghodasarawrote. “In how much I have known him, he was always ready to help people and be there for them. He really cared for people and was so fun to be around. He’s gone way too soon and will forever be in our hearts.”

Ghodasarasaid one instance she remembers clearly was when Singh came over and learned how to play guitar within minutes after watching a few YouTube videos.

“He just had that quest of life and that enthusiasm and the inquisitiveness or curiousness to learn things and just know more about what life has to offer,” Ghodasarasaid. “So it’s really heartbreaking to see how he was taken too soon.”

Erin Li was a former student at Pepperdine, and she met Singh her first year. Li said Singh made a lasting impact on her, encouraging her to become more outspoken and express herself and be proud she can speak another language even though English is not her first.

“Especially Dev, he welcomed us, he welcomed me,” Li said. “I just felt like I could talk to him about anything. I felt very safe in our friend group because Dev was there.”

Alexandra Enns (’20) wrote in a statement to the Graphic that she was a sophomore when she met Singh and became good friends with him.

“I fondly remember Dev as having a heart full of love,” Enns wrote. “He was never embarrassed or shy about letting people see his emotions. He wore his heart on his sleeve and was proud of it. He loved his friends so deeply, which I am sure his fraternity brothers can attest to.”

Enns’ fondest memory of Singh was when he was there for her during a challenging time in her life, she wrote.

“He was the first person I opened up to and truly felt comfortable opening up to,” Enns wrote. “He made me feel safe and valued and didn’t make me question my emotions. Dev was always this person — putting others before himself and wanting to make sure his friends felt like they had someone to turn to.”

Alumnus John Peterson (’21) and Singh both lived in Eaton Hall their first year. Peterson said he remembers Singh’s generosity and kindness, including when Singh lent him a suit coat for fraternity recruitment and would sit with and help Peterson with his math assignments late into the night.

“The best way to describe him is that he was unafraid, very unapologetically authentic,” Peterson said.

Fifth-year senior John Claude Marco and Singh became friends their first year as well. Marco wrote that he cherishes the time he and Singh spent together and is forever grateful for Singh’s friendship and love.

“Whenever I saw him, I would always have a conversation that would either be entirely intellectual or have no intellectual value at all but would make me smile nonetheless and would be a joy to my day,” Marco wrote. “I will never forget the time after talking about being the best chef for weeks, I put him to the test. We ended up cooking steaks. Once he served me his food, we laughed. His cooking capabilities were as I expected, but what I didn’t expect was how hard we would laugh and how little the food actually mattered.”

Alumnus Mauricio Chapa (’21) met Singh during fraternity recruitment and new member activities for Sigma Chi. Chapa wrote in a statement to the Graphic that Singh cared for and respected the people around him.

“Dev’s radiant smile, youthful giggle and overall charisma were infectious,” Chapa wrote. “Those of us who were around him on campus were lucky enough to witness him conquer the ups and downs of college life with unwavering courage and growing friendship. He asked questions to try to get a better sense and understanding of people’s ideas, passions and desires.”

Jaibir Nihal Singh (’20) met Singh when he was a junior and Singh was a sophomore. One distinct memory Nihal Singh has with Singh is when they took a spontaneous trip to New York together over spring break.

“Dev was like a ball of positive energy,” Nihal Singh said. “He would walk into a room, and he would light up the room. He was always happy. His happiness was infectious. He used to make everyone smile, and there was never a dull moment when he was there.”

Nihal Singh said Singh was like a younger brother to him, and they bonded over how they were both from New Delhi, India.

“We all were so far away from home, and we both come from the same hometown,” Nihal Singh said. “I felt a sense of elder brother responsibility toward him, and we became really close over the years.”

Alumnus Avneesh Sawhney (’21) was roommates with Singh their first year. Sawhney said Singh was a lively, joyful person with a radiant smile loved by many.

“The thing that makes him so appreciated and why so many people out here are speaking about him and impacted by him, even though we moved on from Pepperdine, is because he will never not be there for you,” Sawhney said. “If you said I need to talk, he was always there, and he was always giving you the greatest advice.”

Sawhney said Singh’s memory and the love and compassion people have for him will live on forever.

At the candlelight vigil to remember the Borderline shooting and Woolsey Fire on Nov. 7, Barton shared with the Pepperdine community news of Singh’s death.

“Those who knew him said that he was a shining light, that he had a big personality,” Barton said. “He’s very well remembered and well regarded in our community.”

Sawhney said friends of Singh will gather for a pooja, a Hindu prayer ceremony, off campus Nov. 21.

ISA will host an event to pay tribute to Singh on Nov. 23, at 6 p.m., at the amphitheater on campus, according to Bhasin.

Barton said Singh’s father plans to come to the Malibu campus later this week, inviting community members to sign cards at the Hub for Spiritual Life desk for Singh’s family.

Singh was the victim of a hit-and-run traffic collision Nov. 4 at 7:50 p.m., after a vehicle traveling east on Sunset Boulevard and Allenford Avenue in West Los Angeles struck Singh, who later died at a local hospital, according to the Los Angeles Police Department.

Singh was reported missing a day earlier Wednesday, Nov. 3, after leaving his apartment in Westwood, Calif., to go on a walk, according to Sawhney’s Instagram.

LAPD is still looking for the driver. Drivers must pull over, notify emergency services and remain at the scene if they become involved in a collision, according to the LAPD.

There is a reward of up to $50,000 available to community members who provide information about the driver’s identification or help authorities apprehend the offender. No video surveillance of the scene exists, and there is also no suspect description at the moment, according to the LAPD and NBC 4 Los Angeles.

This is a developing story and will be updated as information becomes available. 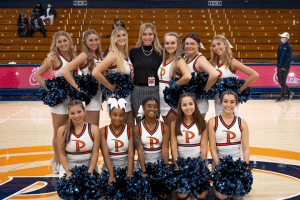