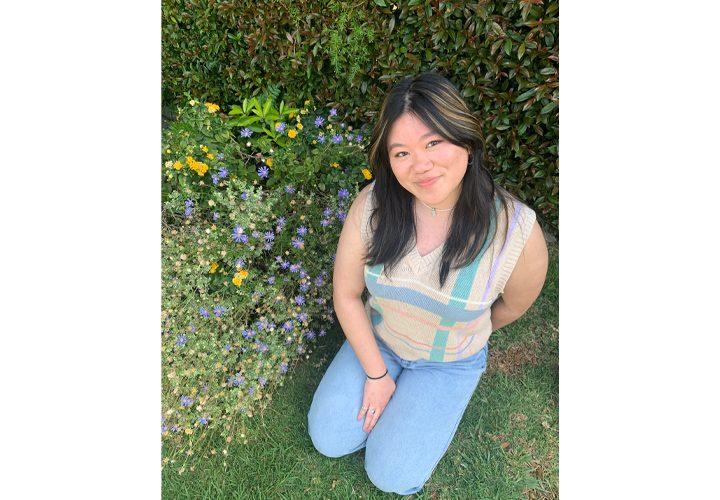 First-year Serena Woon smiles next to spring flowers in April in Culver City, Calif. She said part of the reason she applied to Pepperdine was the beautiful campus, as she wanted to make sure she was enjoying the nature around her in college.

First-year Serena Woon, a Public Relations major from Oakland, Calif., is passionate about music and her faith. These passions gave her opportunities to create new friendships, even during a virtual semester, through Alpha Omega Campus Ministry and social media.

Woon plans to go to Washington D.C. for the Summer Internship Program this summer. She said she hopes to find an internship within advocacy networks, non-governmental organizations or public relations firms.

Advocacy is something Woon said she is passionate about, especially given the recent shootings in Atlanta. She is captivated by empowering unheard or oppressed voices, and she hopes to do advocacy work for minorities in the future.

“Although I felt extremely saddened by the anti-Asian attacks and it’s taken a toll on my mental health, I feel so empowered at the same time, and I feel so blessed that I can go to Pepperdine and get a degree,” Woon said. “Even though Pepperdine’s not incredibly diverse, I love being able to represent all aspects of my identity.”

In addition to Alpha Omega, Woon said she is also a member of the Feminist Club. Woon drove down from the Bay Area over the spring recess to finally meet the students she had previously only seen on Zoom. 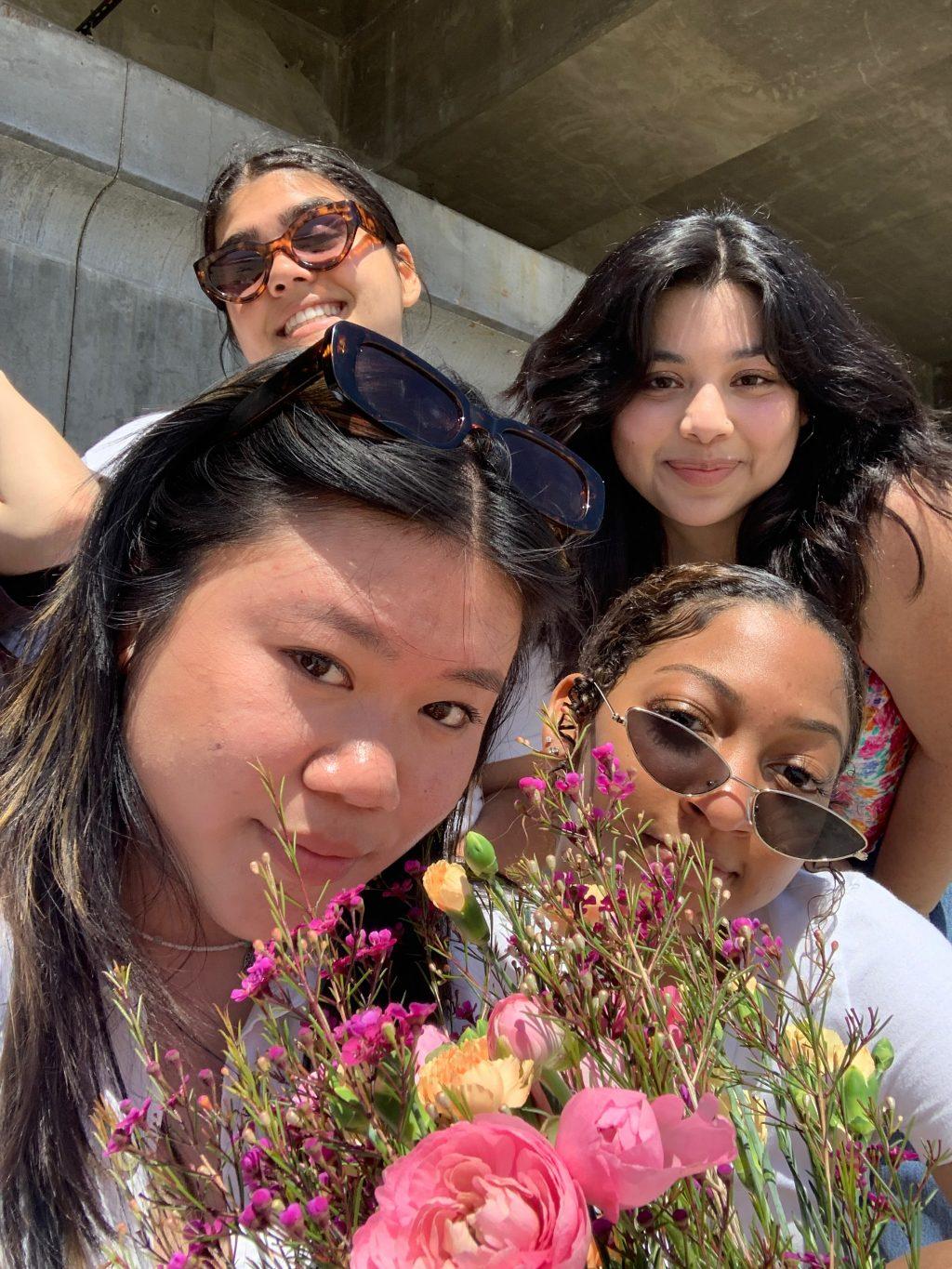 Alpha Omega first-years — (left to right) Serena Woon, Marie McGrath, Yamillah Hurtado, who is a copy editor for the Graphic, and Amani Pearson — have a beach day on Amarillo Beach in Malibu in April. Woon said they tanned at the beach, and it was one of the best days ever.

“I think, especially with being all online, I felt it was so hard to create relationships between my classmates,” Woon said. “The ministry provided such a home, almost, that it just made it easier for me to reach out to other people. This semester, friends-wise, has really been impacted in a positive way because of that.”

When she met with the group over the weekend, she said they were able to go to a nighttime devotional, brunch and an in-person Easter church service together — all after testing negative for COVID-19 before the trip.

“It was genuinely an amazing time,” Woon said. “It was almost like worlds colliding. And it felt like, ‘Oh my gosh, this is finally what I’ve been looking for in my college experience.'”

Another way Woon made friends is through people reaching out to her on Instagram because they like her taste in music. She said she listens to anything from hip hop, to folk-indie, to “depressing” music. 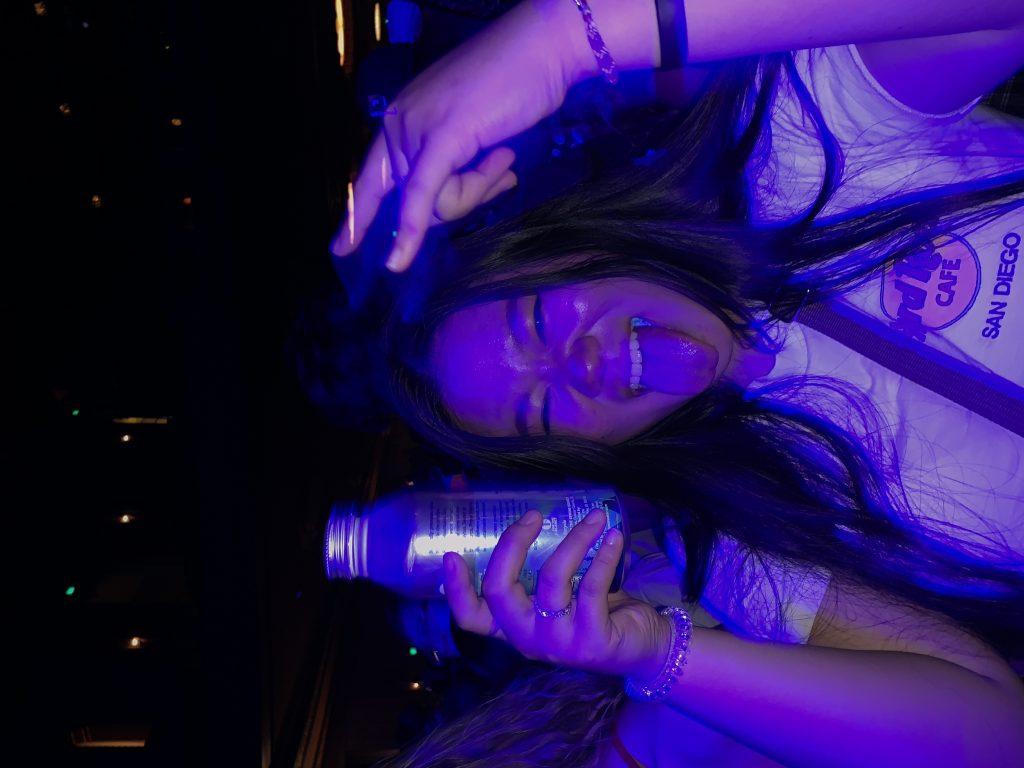 Woon rocks out at a P-Lo concert in Oakland, Calif., on Halloween in 2019. She said that was her favorite concert she has been to of an individual artist.

“I love music,” Woon said. “One of my favorite things in the world and one of the biggest things I miss because of COVID are concerts.”

She spends her days rewatching all of the NPR Tiny Desk concerts and KEXP shows, where radio talk show hosts interview artists. Woon said one of her favorite concert experiences was when she went to Blurry Vision, a festival in Oakland, Calif., in 2018. She saw a lot of smaller artists at the time like Clairo, BROCKHAMPTON and SZA.

“I genuinely will cry,” Woon said. “Like I love concerts and I’ve seen a lot of people, thankfully, so that’s something I’m looking forward to the second we’re open.”

TikTok Serves as an Outlet Through COVID-19 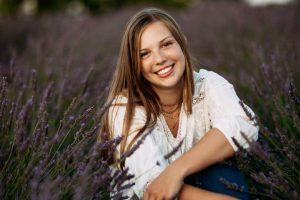