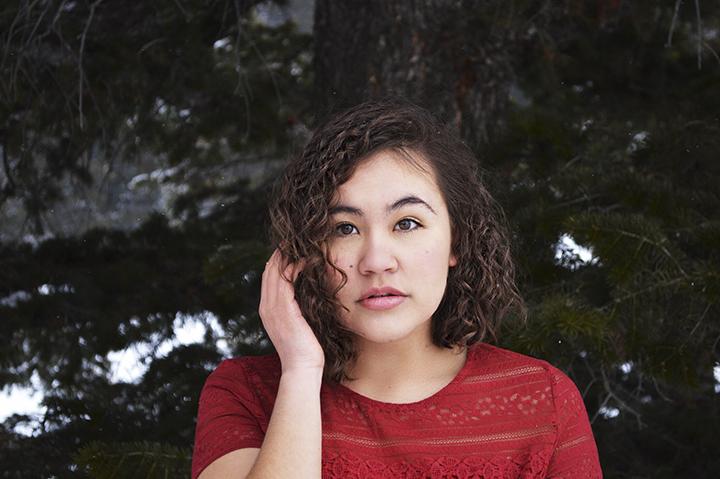 Clarification: Cox said she is grateful for her high school courses and appreciates what she learned. This experience has motivated her to study history at Pepperdine.

History major Mirielle Cox poses in the snow for her senior portraits in Sinks Canyon State Park, Wyo., in February. In her future career as a teacher she said she wants to make accurate and rigorous history available for all students.

As someone who strongly believes in the importance of history, first-year Mirielle Cox wants to change the way history is taught in schools and possibly become an educator herself.

Cox said the courses weren’t rigorous at her public high school in Lander, Wyo. As a History major at Pepperdine, Cox said she wants the subject to be taught honestly, accurately and rigorously in middle and high schools to make it accessible to everybody.

“I’ve always loved the study of history,” Cox said. “It’s really important to know for creating a future, just to understand the past.”

Cox said she comes from a family of teachers and is interested in becoming a teacher. She is unsure whether she would prefer to teach in higher education or high school, but if possible, she would love to teach in underserved communities, such as inner-city or rural areas without funding.

“Children are so important to me, and I think their needs are not being met in so many ways,” Cox said. “In our modern culture, obviously we’ve made progress, but there’s still more to go.”

Cox said she believes people are called to do big things, and she felt a personal conviction to make a difference in children’s lives. Not only does she want to teach, but she also wants to give children the emotional support they need.

“Children are our future,” Cox said. “There’s so much that goes wrong out there, and I want to be someone who makes a difference in what’s going wrong.”

Cox said along with history, her faith is an important part of her life as well. When Cox was looking into attending Pepperdine, she loved the idea of being in a Christian community and having people there to help her develop her faith. She grew up Christian, but didn’t have many Christian friends and said it was hard not having young people who shared the same beliefs as her.

“Even growing up in public school, sometimes I felt uncomfortable about sharing my beliefs because of how normalized secularism is and how demonized religion was,” Cox said.

Cox said she feels there is a lot of silencing of faith at schools and because of this, she wanted to be somewhere where she wouldn’t feel ashamed or afraid for speaking out about her faith.

“I was hopeful that Pepperdine would have free and open discourse where we could talk about the best ideas and what’s right and what’s wrong,” Cox said.

Cox is living on campus and even though she is able to meet others who live on campus, she said the restrictions are intense.

“It’s obviously super beautiful, and I’m grateful to be here,” Cox said. “It was definitely super lonely the first month and a half, but it’s getting better and I’ve started to build a community of people.”