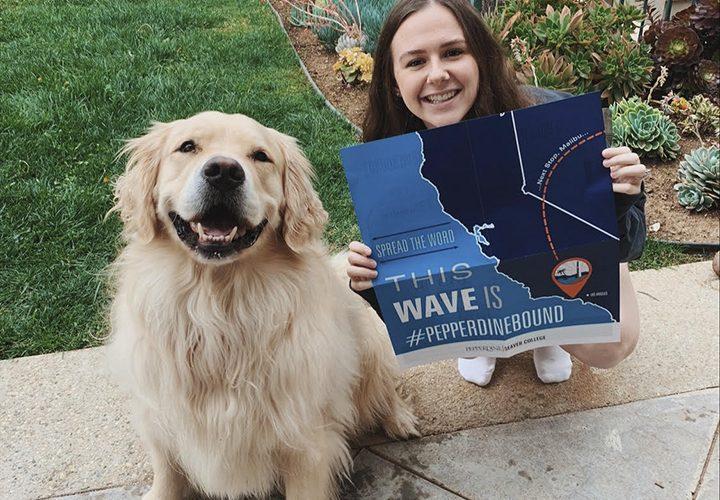 Needleworker Sydney Murphy smiles with her dog, Dublin, and her Pepperdine poster in her backyard in Simi Valley, California. She applied to Pepperdine as an Accounting major.

First-year Sydney Murphy said she loves giving back to her community. One of the ways she accomplishes this is by sewing items for people in need.

“Anytime I try to volunteer, I try to make it personal,” Murphy said.

Murphy said she learned to sew at least 10 years ago. Her mom is an occupational therapist at a public school, so she sees that a lot of the students do not have access to basic equipment. She enjoys using her sewing skills to make weighted vests and lap pads and then giving them to students for free. 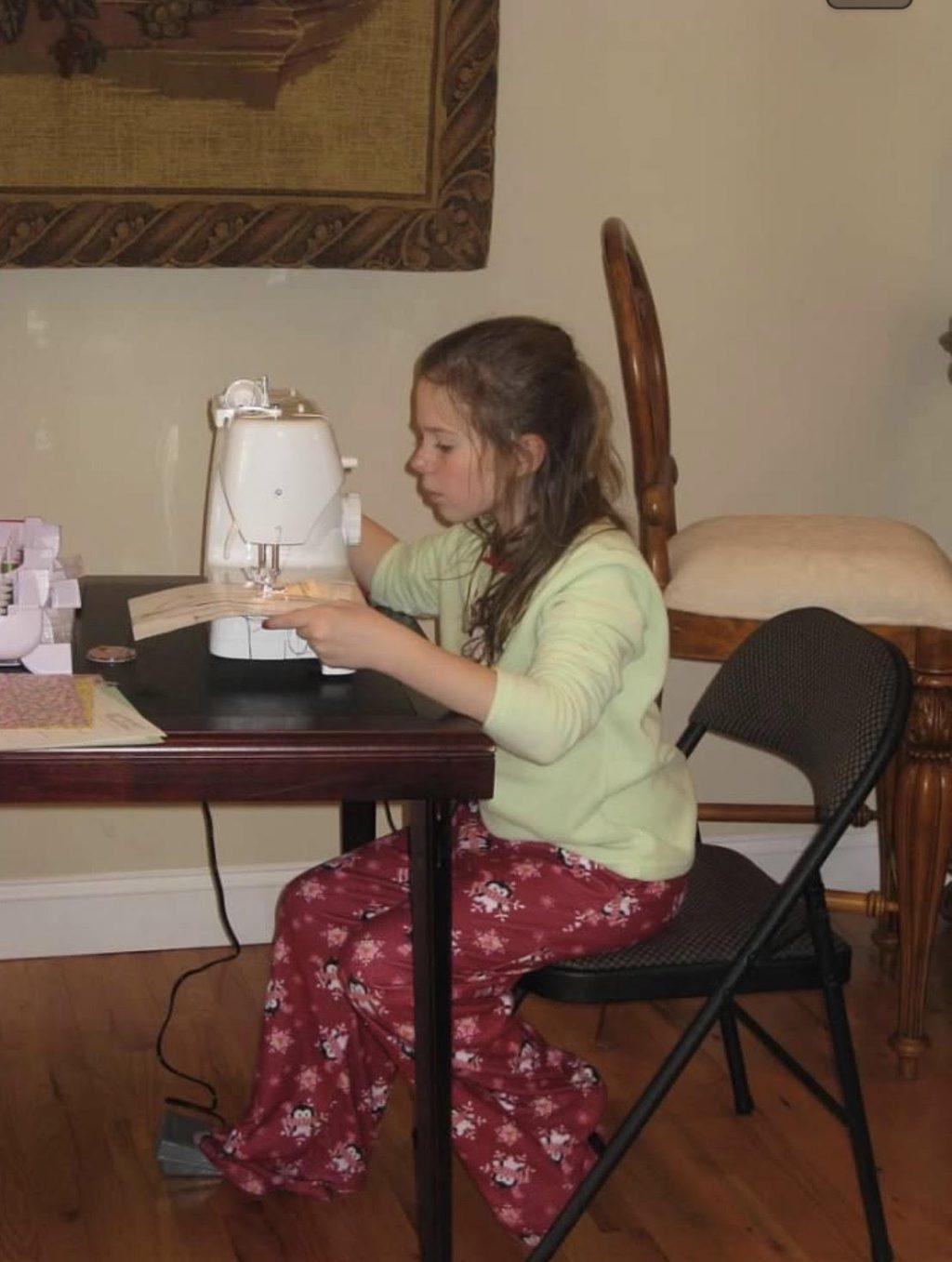 Murphy sits at a table with her first sewing machine, which she got when she was a child. She has been sewing for at least 10 years.

“I like to make things that can help others,” Murphy said. 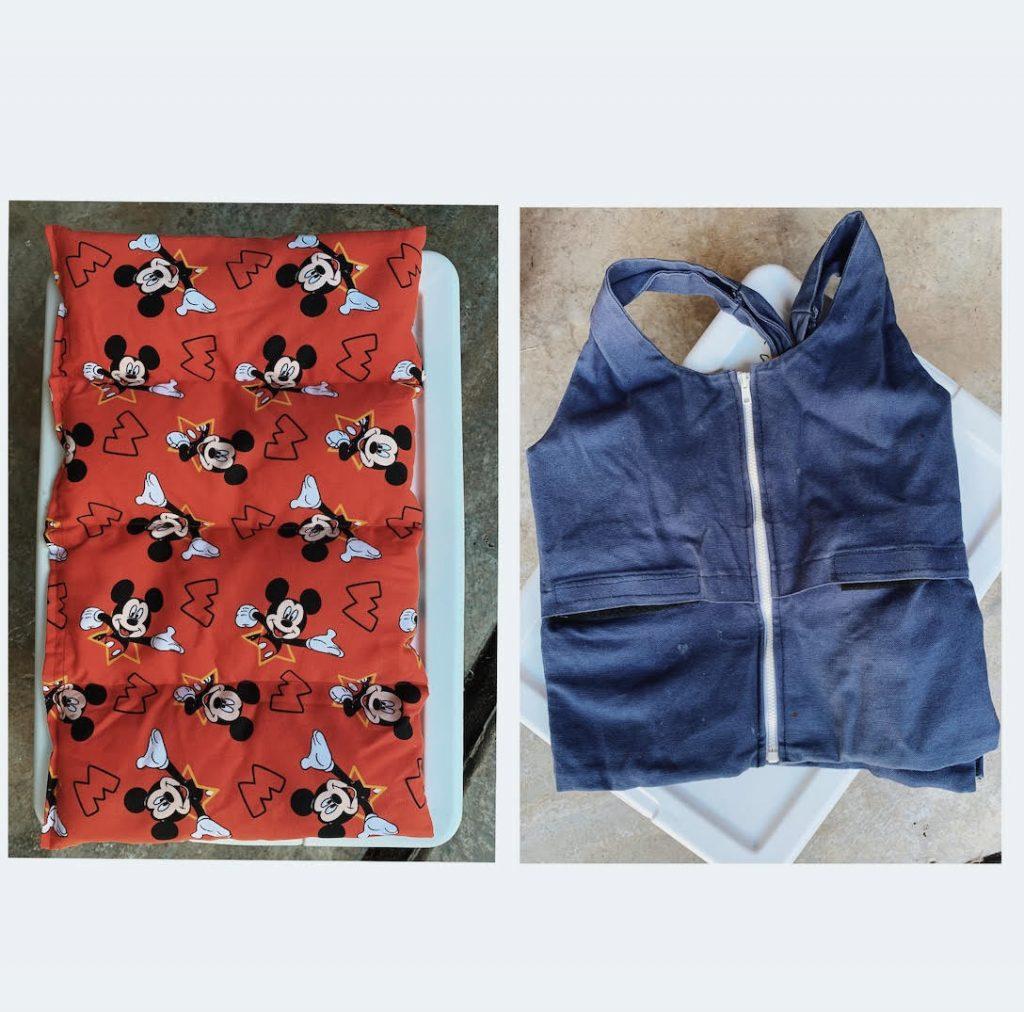 A weighted lap pad (left) and a weighted vest (right) lay on a table in Murphy's house. Since her mom is an occupational therapist at a public school, Murphy frequently donated her creations to the students.

The weighted vests, Murphy explained, are made of Velcro. The Velcro allows them to get very tight, and the weights inside the vests calm autistic students. The weighted lap pads are similar, but they also help students stop fidgeting in class.

While attending Pepperdine, Murphy said she wants to continue helping people and plans to get involved with the Volunteer Center. She is also interested in joining the Accounting Society, as she is an Accounting major, and clubs that prioritize fitness and the outdoors.

Murphy, who is originally from New Jersey but is living in Simi Valley, California, said she is interested in becoming a Certified Public Accountant (CPA) or going to law school. Murphy said she took an accounting and law class in high school and realized that she was interested in both of those topics since they allow her to serve others.

“[With accounting], there’s a lot of different areas where you can help people with their taxes for free as well in lower-income communities,” Murphy said.

Murphy said if she goes to law school, she would also consider doing pro bono work so that she could provide legal assistance to those who cannot afford legal fees.

Whatever she chooses to do, Murphy said she wants to prioritize her community. She is also considering getting her Master’s of Business Administration. 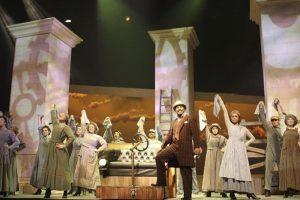