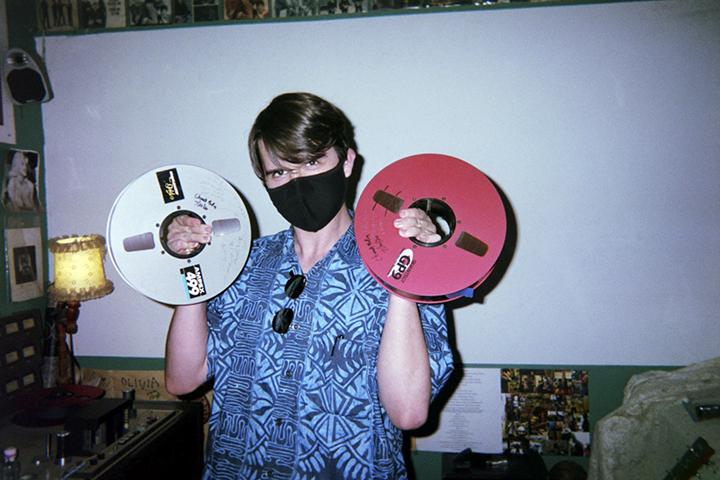 As a child, first-year Robert Emrich said he was extremely farsighted, and his vision problems caused him to forgo sports and turn to other activities, such as karate, drumming and filmmaking. His interest in filmmaking started when he received his first camera for Christmas at the age of four.

“What really attracted me to the idea of filming things is that I could go out and film the world around me and then watch those clips back on a big computer screen as many times as I wanted to — effectively create my own 20/20 vision,” Emrich said.

In high school, Emrich participated in various music-related activities, such as marching band, drumline and orchestra. He said combining his various passions sparked the beginning of many film projects.

Aside from film, Emrich said he’s also a big fan of music. In his senior year of high school, Emrich and seven of his friends formed Cheach Billin, a funk-rock band. The members performed three live shows before COVID-19 and two virtual shows during COVID-19.

“The eight of us are also already close friends who just so happen to play the instruments we needed, so we all have this unbreakable chemistry between us that makes playing even more fun,” Emrich said.

Emrich chose to become a Screen Arts major in the Communication Division rather than the Theatre and Screen Arts Major in the Theater Division. He said he did so because he doesn’t want to be an actor but is open to other opportunities, such as editing or working behind the camera.

Although his high school went online for the spring semester of his senior year, Emrich said he still needed time to adjust to college being online. Now that it’s halfway through the semester, Emrich said he feels much more comfortable with remote learning.

“The tension of online has kind of broken,” Emrich said. “It’s loosened to the point where I’m private chatting more people in my classes, and more people are reaching out to me on social media.

“Being a DJ was always a dream job of mine since they don’t really exist anymore,” Emrich said.

After college, Emrich said he dreams of working in the film industry. He said he understands the decision to pursue film can be a risky one, and despite those uncertainties, he has big ambitions of becoming a film director.

Like most first-year students, Emrich said he hopes to create genuine connections with other students and to truly experience student life at Pepperdine.

“I’ve been exposed to [Pepperdine] my whole life being here, so I’ve always wanted to be a part of it,” Emrich said.