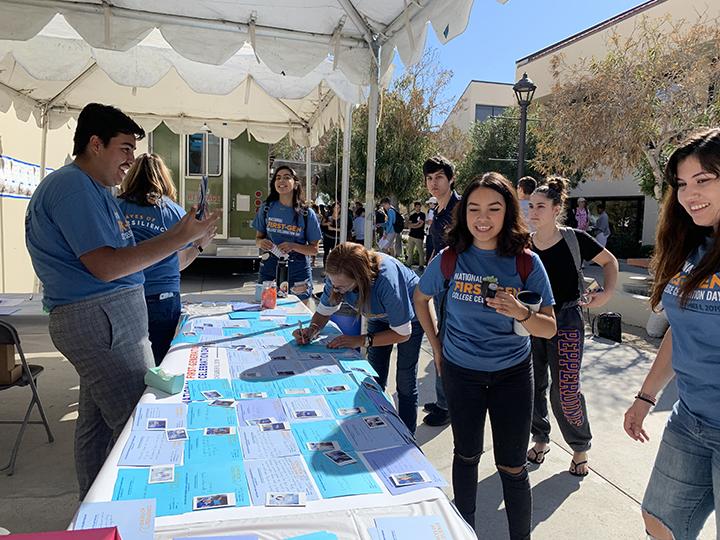 As the first person in his family to attend college, sophomore Jerry Calderon said he has continuously found himself unprepared for various aspects of university life.

“[First-gen students are] so used to not knowing how to maneuver something,” Calderon said. “So when you’re in a system like higher education, you kind of expect that you don’t have what it takes.”

To provide help for first generation college students like Jerry, the Student Success Center started the First Wave Ambassador program. The program offers three $5,000 scholarships per year, according to the Student Success Center website. The inaugural group members — Jerry Calderon, Shument Cheng and Courtney Pereida — began their term at the start of the 2019 fall semester. Their responsibilities include a minimum one hour of weekly mentorship, event planning, leadership training and participation on the First Wave Advisory Council. 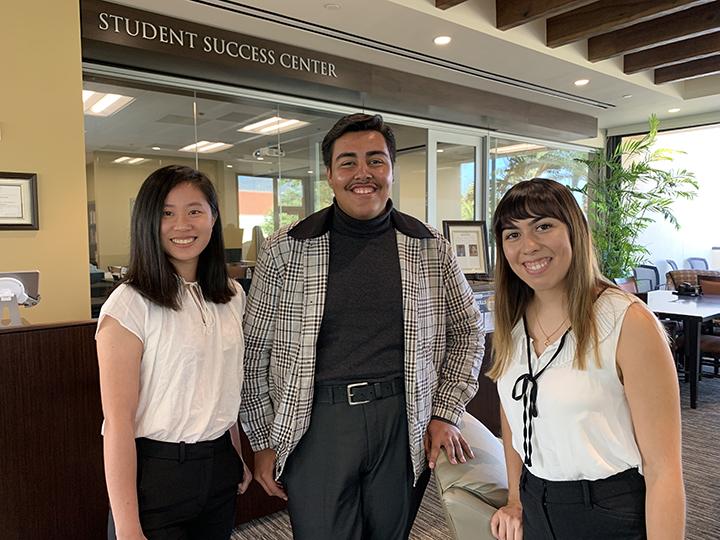 Shument Cheng, Jerry Calderon and Courtney Pereida are the first group of ambassadors to receive the First Wave scholarship. They are responsible for providing mentorship to other first-generation college students.

“I feel like a lot of first-generation students feel this specifically: where you’re a fish out of water, you’re going into a new environment and it’s difficult because you don’t really feel like you can blend in,” Calderon said. “This program finally puts those barriers to rest.”

Nineteen percent of undergraduates are first-generation college students, according to the Pepperdine Admissions website. This includes students whose parents have not obtained a bachelor’s degree at a four-year college or university.

“The ambassador program really helps bring together a sense of community and awareness among first-gen students,” First Wave Program Director Marissa Davis said. “We’re here to celebrate them. The fact that they’re here shows they know how to persevere and overcome obstacles.”

The student ambassadors said they jumped at the opportunity to be a part of the scholarship program’s origins.

“Being a first-gen isn’t really talked about a lot on campus,” Cheng wrote in an email. “Being able to build a community and celebrate our first-gen background and achievements is everything I would have wanted as a lost freshman.”

The ambassadors hosted a gathering for National First-Gen Celebration Day on Nov. 8, 2019, and they plan to host several more events in the next few months. In March, first-gen alumni will speak at a panel where the ambassadors will act as moderators and all students are welcome to attend, Davis said.

“[The alumni panel] is really just to allow you to see a reflection of what you are going to be or what you could be,” Calderon said. “I think it’s a brilliant idea to bring in alumni who were once in our shoes and see how they defeated a lot of barriers that were against them and really became successful.”

Pereida said past events have helped raise awareness that she hopes to continue in her position as an ambassador.

“We met so many people who didn’t even know they were first-gen,” Pereida said. “One definition that people always assume is ‘My parents didn’t go to college.’ But maybe your parents only went to community college and now you’re going to a four year. Maybe you’re going to be the first one in your family to graduate.” 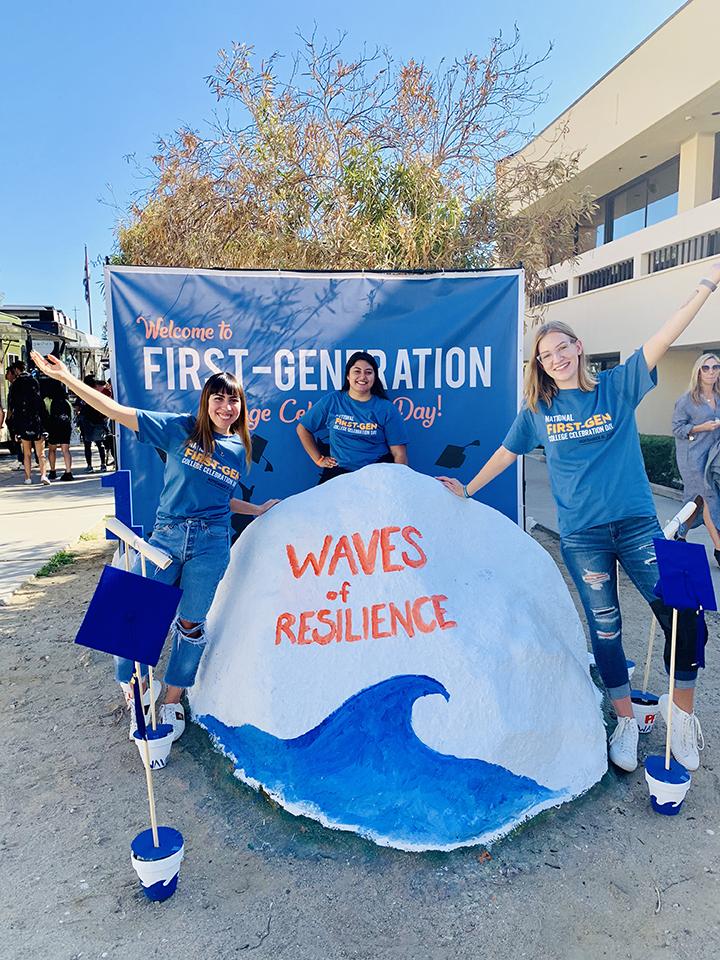 The First Wave Ambassadors hosted a celebration on Nov. 8, 2019 to raise awareness on first-generation initiatives on campus.

The ambassadors said they hope to implement a club convo targeted toward freshmen this semester.

“We want to identify specific issues, show you that you’re not alone and connect it with a faith-based aspect so we can have the uplifting support to succeed and to carry on,” Calderon said.

Calderon said his experience with first-gen initiatives on campus has helped him to understand the importance of community-building.

“Everyone comes from such vast backgrounds,” Calderon said. “I think it’s important to break bread and have conversations with people to just really show that you are a listening ear. At the end of the day, everyone needs a listening ear.”

Working closely with the First Wave Program, the First-Gen Club is a student-led organization that aims to unite the first-generation community at Pepperdine. The club hosts events ranging from informal meetings where students can share their experiences to visits from speakers who are experts in a particular field.

“We also do a senior night, which is our big event this semester,” Pereida said. “We’re going to invite their families, give them an award and recognize everything they have done and their achievements.”