‘Finding Nemo’ swims to the top 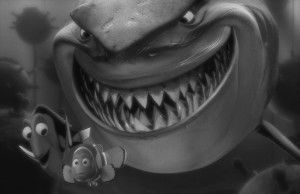 Recently, Disney-Pixar released the beloved “Finding Nemo” in 3D as part of the film’s 10th year anniversary celebration.  In the past, the company has done the same with “Toy Story” and “Toy Story 2,” as well as making similar plans for “Monster’s Inc.” in the future.

“Finding Nemo,” released at the height of Pixar animations in 2002, has a solid and heartwarming plot, memorable characters, a beautiful original score and stunning visuals, making it a must-see for every movie-goer.

Nemo, a young clownfish with a small “lucky” fin, gets caught by divers while trying to prove his bravery to his father and classmates. However, what starts off as a scary accident turns into an exciting adventure where Nemo comes across a 100-year-old turtle, some friendly sharks and a tank full of fish who help flush him down the road toward home. “Finding Nemo” also follows Nemo’s father, Marlin, as he goes on a quest across the seas with his forgetful friend, Dory, to find his only son.

While animated, the film satisfies both children and adults. The storyline appeals to a wide variety of audience members and holds values like home, family and coming into one’s own at the film’s core. Even though it has not been shown in 3D before now, the new visual effect does not add or take away from this beloved tale.

This technique is not anything new. In 1922, “The Power of Love” was released as the first commercial 3D film. The Great Depression halted 3D animation for some time before a reemergence of interest occurred in the 1950s with the film “Bwana Devil.” However, the cost and lack of technological advances put 3D at a low interest among movie-makers and movie-goers alike. Yet another surge occurred in the mid 1980s with the creation of IMAX, which helped to enhance 3D movie making. According to “Portrait Magazine,” The 3D that audiences are familiar with today began with the release of “The Polar Express” in 2004. The CG animated film was released in IMAX 3D theaters around the globe, establishing the staple 3D modern audiences know.

“In the end, you pay to see the plot, not necessarily the visual effects enhanced,” said junior Kelsey Robertson.  “3D doesn’t determine if I’m goingto see a movie.”

Since this film has become a beloved story, the risk with putting it back into theaters is that many admirers already own the home entertainment version. However, that did not stop people from flocking to the theaters. This past weekend, “Finding Nemo 3D” pulled in nearly $5 million.

How to secure your dream job

Entertainment news: from celeb in jail to pregnancy

How to secure your dream job

With the fresh start of a new school year, there are great expectations: better grades, more time with friends and of course,...
Copyright 2013 Jupiter Premium Magazine Theme
Back to top