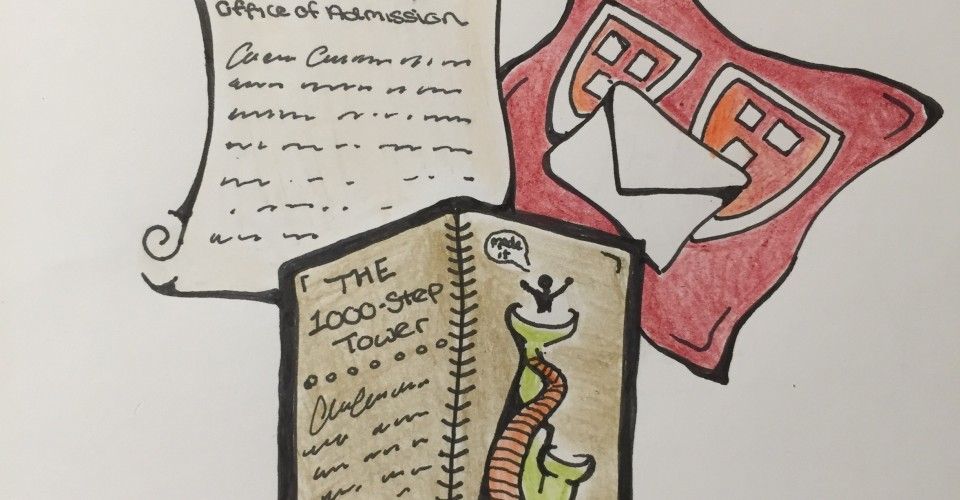 A gifted, yet self-doubting protagonist is given a quest that will test his might, skill and very character. He knows he will face numerous obstacles along the way, but with a bit of help from the wise and the mystical, he emerges victorious in the end, having learned more about life and himself than he’d previously imagined. It’s a tale told many times and in many ways. OK, so what?

Most of us have a favorite childhood book or fairy tale. Whether it be the story of Peter Pan, Matilda or Pinocchio, the mythical and magical captivated us from before we could even spell “mythical” or “magical.” Or perhaps the Brothers Grimm was a little more your cup of tea. If that’s the case, maybe seek some help.

Oscar Wilde is known for his popular belief that “life imitates art far more than art imitates life.” Whether this statement or its converse is true is another matter. The underlying point is that a deep connection exists between the art of fairy tales and the lives we live. As C.S. Lewis said, “a children’s story that can only be enjoyed by children is not a good children’s story in the slightest.”

As we get older, Aesop is traded in for Nietzsche, Carroll for Hemingway, Dahl for Conrad. Of course, there is nothing inherently wrong with turning to more sophisticated literature as one ages. The mark of any great work of literature is its ability to establish a connection with the reader. But the sense of wonder you find when reading about Dorothy in Oz is not generally found when reading Tolstoy’s “Anna Karenina.“

Yes, there is a spectrum between escapism and realism — and you are perfectly entitled to subscribe to any ideology in between. But a total disbelief in the mythical and supernatural is damaging to the soul.

For those with a Christian worldview, the supernatural is very real and very present. After all, we hold belief in a supreme being who makes donkeys speak, sends a flood that wipes out nearly all life on earth and keeps prophets safe in the stomachs of big fish. There are many parallel ideas in fairy tales and in the Bible.

This was the thought behind former professor Caitlin Lawrence’s (’08) three-part Convocation series a few years ago. In a previous interview in 2009 with Pepperdine Magazine, Lawrence explained that the series explored the truths found in Disney fairy tales, such as Cinderella, that are also found in the Bible. Parallels can be drawn between the new, enriched life Cinderella finds at the end of the story and the eternal life Jesus offers us.

Current students who will participate in Pepperdine’s Harry Potter program in London this summer will also explore this very idea. As the International Programs website explains, students can expect to “relate the literature to their own lives by comparing and contrasting their moral values and attitudes toward faith in God, good and evil, gender issues and other real-life matters to those expressed in the literature.”

It’s the reason “The Alchemist” or “The Life of Pi” are on the “favorite books” list of so many adolescents and adults alike. It’s also the reason nearly every girl dressed up as Katniss from “The Hunger Games” for Halloween in 2012. The adventure, the challenges, the hope for ultimate victory — it’s what subconsciously keeps us going in life.

Children’s stories inspire us to live a better story than the one we’re currently living. Ironically, they keep us grounded. It can often become much too easy to succumb to cynicism in a cruel world. Children’s stories remind us that ultimately, good will overcome evil and prevail. As simplistic as that sounds, we must believe it’s true. Otherwise, there would be no need for hope. The pessimist and nihilist could overtake the world without anyone so much as batting an eyelash.

We all have witches to fight, dragons to slay and quests to undertake, and fairy tales are what first taught us that. And whether you call it fate, coincidence or Providence, we can all find hints of magic present in our lives. As G.K. Chesterton once said, “Fairy tales do not tell children that dragons exist. Children already know that dragons exist. Fairy tales tell children that dragons can be killed.” So dear reader, I encourage you to go revisit your dusty and torn copy of “The Chronicles of Narnia,” because, in the words of C.S. Lewis, “some day you will be old enough to start reading fairy tales again.”


Tags:  adventure C.S. Lewis Christine Nelson fables get in touch with your childhood stories myths pepperdine Rachel Reyes There's No Such Thing as a Story for Children 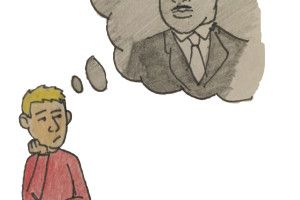