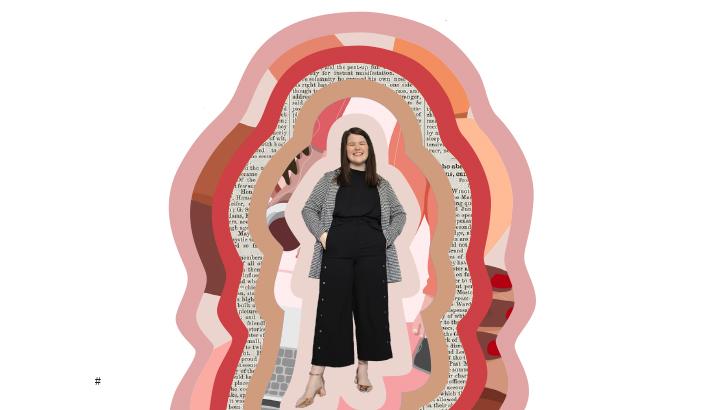 There is a distinct vibration of power present when one acknowledges the connection between feminism and fashion. Fashion is the matriarch of society, deciding which voices will be heard, whereas feminism, an apparatus of power and confidence, is a superseding force fighting against societally implemented limitations.

Juniors Cameron Lowenfield, Kendall Ross and Rachel Melomey agreed there is an important misconception about feminist fashion: that it can only be transmitted through what someone is wearing.

Support for such movements is not based on what one wears but how one wears it.

For many, one way of showing support for women is through shirts stating, “The Future is Female” or “This is What a Feminist Looks Like.”

However, “people who are going to do things are still going to do them whether or not they’re wearing a T-shirt,” Ross, a history major, said.

For these women, there is no definitive rule on what it means to dress like a feminist nor to be a feminist. The power of feminism, through the lens of fashion, is present when all people can express their individual and cultural identities.

In a world where looks define an individual, junior political science major Brandon Easley said he believes that society holds deeply inconsistent standards in terms of fashion. While men get away with wearing basketball shorts, women face the societal pressure to wear cute outfits every day.

Similarly, Ross thinks that the frivolity of fashion allows men to be credited for more than what they wear. She said society places the value of women almost entirely on their appearance, and the truest form of feminism is not having to deal with the opinions of others nor feel as though fashion is an exclusive industry.

Easley said the interception of feminism and fashion does not solely impact women. The confidence resulting from the feminist movement has subsequently influenced men, who are often questioned for their lack of masculinity when they care about their image.

“The biggest part of feminism in men’s fashion is not caring that you’re going to be judged by other men for what you wear,” Easley said.

When Ross, an avid knitter, launched her knitting Instagram account last summer, she didn’t intend on it snowballing into an empowering, female-owned small business.

“I just wanted to share [it] with people,” Ross said.

And she did. Her passion for knitting led to a popular knitting club convo dedicated to teaching others the importance of the craft.

“There’s so many things that [are] just kind of disregarded because they’re feminine, and knitting was such a big part of that,” Ross said.

However, Easley said it is impossible to find a dichotomy between fashion and feminism.

Power of the pant

While the feminist movement evolves, it is important to note the role of power in women’s fashion.

For women, the image of power has long been the idealized man in a suit, Ross said, and for women to gain respect, society told them they needed to adopt masculine fashion trends.

Pants and pantsuits are symbols of power and equality for women.

It was not until 1993 that women were socially permitted to wear pants on the Senate floor. This unofficial rule exemplifies how society constructs the value of women through fashion, making it more than just the clothes one wears.

Like many women, Ross said she had never felt so powerful as when she first put on a pantsuit.

“That’s not necessarily something that women are told that they can wear,” Ross said. “You go to prom, you wear a dress; you get married, you wear a dress. And that kind of feminine avenue isn’t tied to power in the same way that suits are.”

The push for inclusive feminist fashion doesn’t stop there.

Melomey, a business administration major, said she believes that the growing popularity for businesses to increase representation fuels diversity and allows for more voices to be heard within the industry.

“It is becoming a lot more popular that people want to express the beauty of their culture through fashion,” Melomey said.

‘Wasi,’ a word from the Bolivian dialect of Quechuan, translates to ‘family’ or ‘home.’ When building her business in 2016, Acosta intended WASI to become a community that could provide a safe and empowering space for people of color and allies to support one another.

Acosta emphasizes intersectionality within the feminist movement by creating products that embody her lived experience as a Bolivian-American woman. Acosta said she seeks to bring in the voices of people who are often excluded from the feminist conversation by including specific messages on her T-shirts.

“Having a ‘Brown Girl Magic’ and a ‘Black Magic’ T-shirt definitely helps women of color just take a deep breath and give a sigh of relief [knowing that] somebody out there is aware and conscious to include all,” Acosta said. 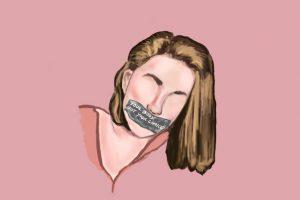 Art by Ally Armstrong Abortion is a touchy topic. The right to have an abortion is a life-changing decision for some,...
Copyright 2013 Jupiter Premium Magazine Theme
Back to top