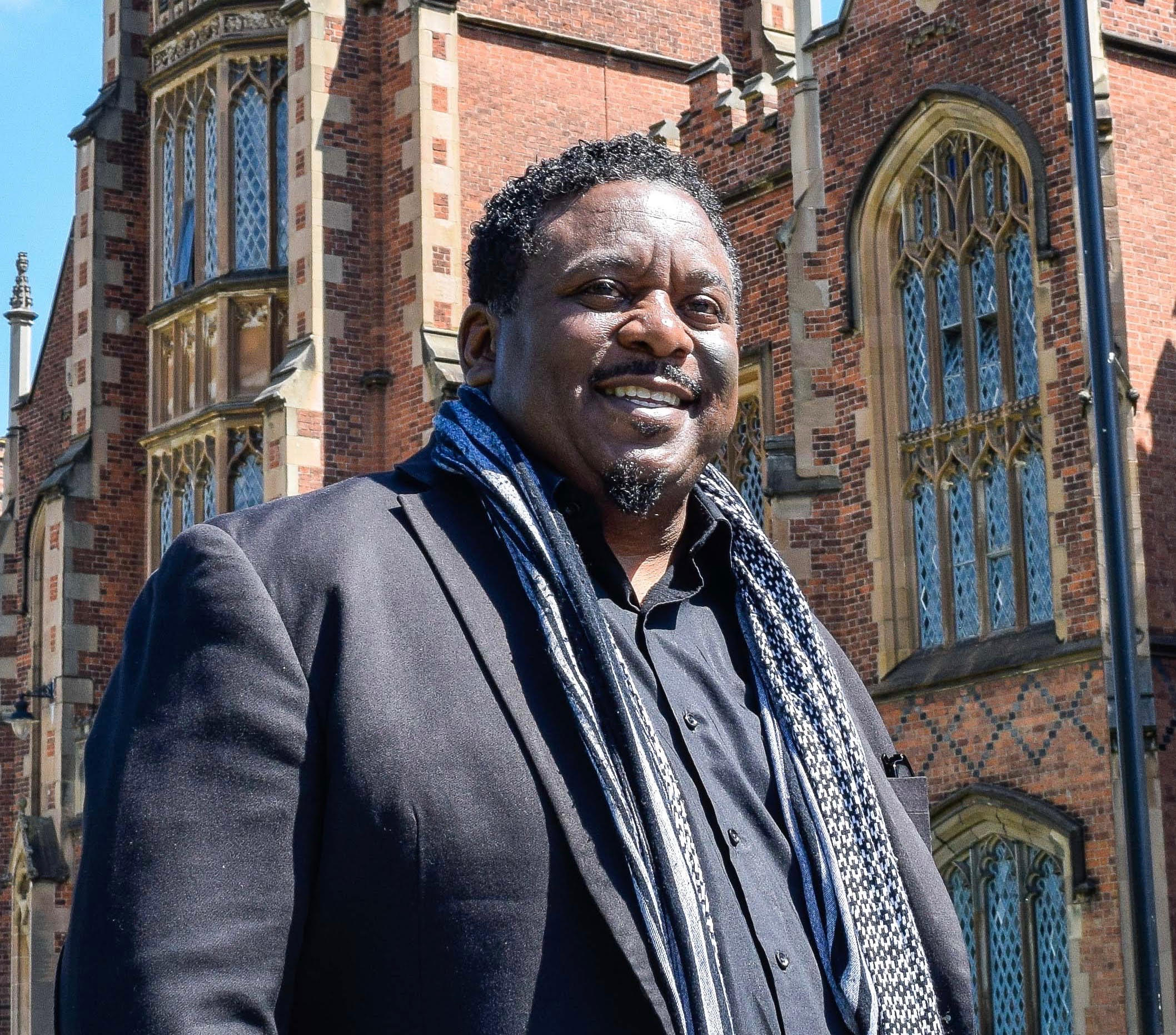 Religion Professor Raymond Carr uses the music of Thelonious Monk to merge the ideas of Karl Barth, a European theologian, with James Cone, the “father of black theology.”

In many ways, he differs from the smooth, silky sound that most think of when they think of jazz. Monk’s music plays like a conversation; it’s filled with inflections, pauses and abrupt exclamations. The piano keys chatter, full of life, as if Monk were sitting in a chair across the room.

Carr believes that Monk’s music is the perfect medium for discussing theology. Carr is currently writing a book in which he will explore Monk’s jazz and how it unites the philosophies of his favorite religious thinkers.

Carr said faith should be less about religion and more about being “radically human.”

“We’ve made it more about religion than it is about faith in God,” Carr said. “A religious orientation has become so dominant that it almost smothers in mass what it means to be human. And so one of the things that I was attracted to about Thelonious Monk was that he was human.”

Carr was drawn to the passionate and unapologetic way Monk played piano, personifying Carr’s idea of being radically human.

“He played the piano like a drum; he played flat-fingered,” Carr said. “ When you’re watching him, did you see that video? Did you see him when he crossed his arms? There’s one time — did you see him use his elbow?”

“[Cone is] saying that Christ speaks to black people’s needs, that God cares about black people,” Carr said. “Theology never talked about that.”

Carr said he hopes he can use Monk to prove that white theology and black theology do not need to be separated.

“Here’s why Monk is important for these two guys …. He played music between the cracks, meaning neither the white keys nor the black keys,” Carr said. “His music wasn’t reduced to that.”

Monk’s technique of “playing between the cracks” exemplifies the way Carr hopes to unite Barth and Cone’s work. Carr said that if people stay loyal to just one theologian, they miss everything in between.

“Barth woke up every day to Mozart and the day he died … his wife had gone into the room and turned on Mozart for him,” Carr said.

Cone wrote a book titled “The Spirituals and the Blues” in which he used that style of music to discuss his ideas.

“There’s something special and sacred about that language because it emerges out of the life of the people that made that music,” Carr said.

Carr saw Barth and Cone’s differing musical interests as a perfect opportunity to unite them.

“I bring Barth and Cone back together using the music of Thelonious Monk because jazz is America’s classical music and jazz follows the blues,” Carr said.

“There’s this divine melody in our world that is multi-dialogical and it includes the life of black people, white people, red people, LGBTQ+ people,” Carr said. “They are all a part of God’s music and we live in a world that’s filled with difference … and so we needed a more kaleidoscopic view of a creation.”

Correction: Misspelled a word in one of Dr.  Carr’s quotes. “He played the piano like a drum” not “a drunk”.